In Mary Weatherford's exhibit, Train Yards, at Gagosian in London, she brings a dark, all-black color palette to her abstract works to convey a dramatic and vibrant urban environment
Published in
Galleries 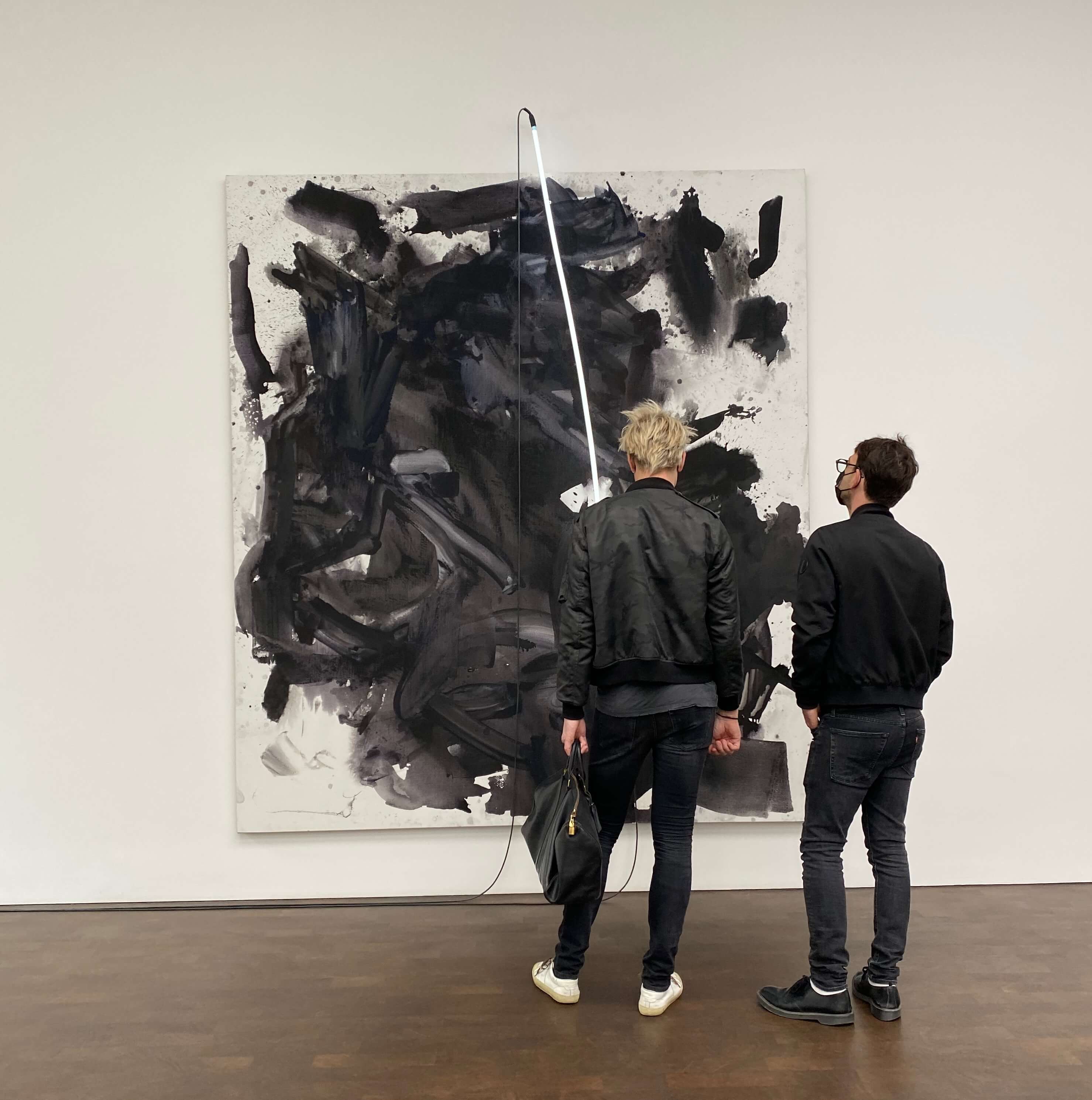 About the Exhibit - Train Yards

Ever since seeing Mary Weatherford’s exhibit at Gagosian Gallery in New York two years ago, I’ve been dreaming of seeing her works again.

This September, my wish was granted, with an exhibit at one of Gagosian’s London galleries, Mary Weatherford has an exhibit titled ‘Train Yards’ is on view until December 19th, 2020.

This exhibit features dark, almost all-black works with hints of deep violets works, many with her signature neon tubes.

“I like draining the painting of color to concentrate on the form.” - Mary Weatherford (source)

Weatherford is often inspired by places when creating her works, and this exhibit was no different, with ‘Train Yards’ and everything that revolves around them, transportation, urban life, the intensity of the city.

“I began work on the series in 2016, so it’s four years in the making. I had the idea of a room of black paintings with white lights. The lights would indicate things that were far away from you moving closer, moving away, bells, the sounds of a train yard, a distant whistle; all went into the vision for this group of works.” - Mary Weatherford (source)

Her process includes preparing the canvas with gesso and marble dust, on top of which she uses sponges to apply vinyl-based emulsion. She started working with neon during an artist residency in 2012, and since then her work has really come to life (light? No pun intended).

“Two of the most recent paintings are without neon and have spatters of silver paint. I was finished with the painting and was about to leave the studio, and I saw a bucket of silver paint and I thought, You know what? Let me try this. I stuck my hand in it, and I just flung the silver paint across the painting….I came back two days later—and that painting was so magnificent in terms of its space and light . . . In it you can see there are headlights—you know when you’re driving and it’s snowing and the headlights light up the snow? That’s sort of what it looks like.”  - Mary Weatherford (source)

It’s not surprising that’s she’s also inspired by the powerful women of the American abstract painter movement of the 1950s and 1960’s such as Helen Frankenthaler. I would go as far as to say she’s the modern Helen Frankenthaler of our day.

“The best I can do is to be able to respond to things that are happening in the painting from a skill set of experience. I’m kind of like a shepherd, trying to get the painting to go in the direction that I want. But then sometimes I see it turn the corner and it’s going down the street over there and I go, well, that’s fine. It’s a process of working, watching, erasing, adding, subtracting. In the end, it’s like I’m a formalist.”  - Mary Weatherford (source)

To see a walkthrough of the exhibit in-person, check out the video below.

About the Artist - Mary Weatherford

Weatherford studied visual arts and art history at Princeton University and received an M.F.A. from the Milton Avery Graduate School of the Arts at Bard College.

Mary Weatherford has undergone an incredible evolution throughout her career, which I dive into great detail in this article.

She lives and works in LA and is represented by Gagosian on the East Coast and David Kordansky on the West Coast.