The Evolution of Mary Weatherford

Ever since the artist, Mary Weatherford had her first solo show in 1990 she's been evolving into the artist we recognize today creating massive abstract works with neon tubes, and this is her journey
Published in
Opinion 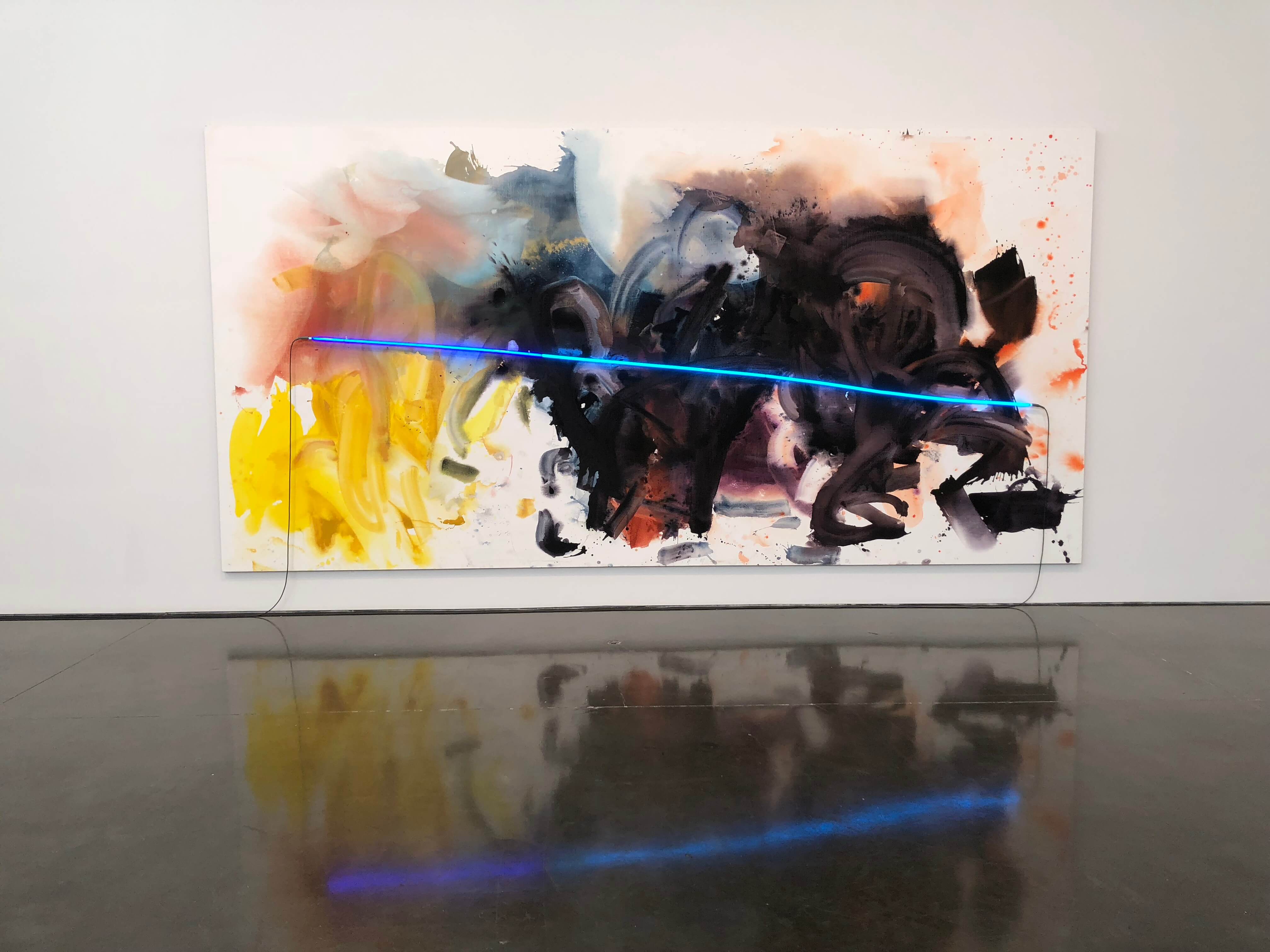 Back in September 2018, Gagosian gave us all one of the greatest gifts.... Mary Weatherford’s first solo show with the gallery, ‘I’ve Seen Gray Whales Go By.’

But ever since the artist had her first solo show in 1990 she's been evolving into the artist we recognize today, and this is her journey.

When originally doing my research about Weatherford for this post (casual plug), I learned some interesting things

So let’s wander down Weatherford Memory Lane...or at least through her Biography (thanks to David Kordansky Gallery for being very organized)

Mary Weatherford graduated from Princeton in 1984 with a Bachelor of the Arts (in I’m guessing Fine Art).

It took 6 years before she got her first gallery show at Diane Brown Gallery in New York, and she continued to have more shows (around 4) over the next 10 years.

Diane Brown Gallery was a gallery in Soho, New York in the 90’s, but over the last 18 years Diane Brown has pivoted, founding RxArt - whose mission is “to help children heal through the extraordinary power of visual art.”

Disclaimer: Shane Campbell Gallery is one of my favorite galleries, so to see they were an early exhibitor of Mary Weatherford was super exciting. I also discovered that she wasn’t the only one.

When stalking their old photos (which was so much fun) I found they had early works by Beverly Fishman, Mark Grotjahn, and Jesse Chapman.

In 2003 and 2006, Shane Campbell exhibited Mary’s work. The show in 2003 (above) was before the gallery even had a traditional gallery space (like they have now).

This could explain why the photos on the website of the show look like they are in an apartment (food, dirty clothes and all) -- because this was in fact how the gallery started.

In her 2006 show, you start to see glimpses of her ‘watercolor-like’ painting, but she still uses quite heavy and muted colors.

In 2006 She graduated from Bard College with her MFA.

This is when her career really starts to get interesting.

In 2006 she’s picked up by Sister Gallery in Los Angeles right after graduating and she exhibits consistently with them until 2008.

Sister Gallery then becomes the gallery we now know as Brennan & Griffin. And they have exhibitions for her in 2011 and 2012.

The works above and below are from Mary Weatherford's show 'Cave at Pismo' in 2011 at Brennan & Griffin Gallery.

In 2012 Mary introduced fluorescent neon tubes into her paintings for The Bakersfield Project and everything changes.

In 2014, she catches the eye of big-name gallery David Kordansky and the gallery starts representing her.

At this time, she’s still represented by Brennan & Griffin who’s relocated to New York (since 2010).

In 2012, Mary Weatherford had a show at Brennan & Griffin Gallery called 'Manhattan' (pictured above and below). Her first show at David Kordansky in 2014 is it's complement and named - 'Los Angeles'.

Both are great visuals of what her early neon paintings looked like.

THEN, in 2017, Gagosian snags her from Brennan & Griffin (for which she had a total of 8 shows over the course of 11 years)

And that brings us the show that made her the greatest sensation to hit the art world (or Instagram), her first solo show called 'I've Seen Gray Whales Go By.'

She’s now represented by just the two powerhouses - Gagosian on the East Coast and David Kordansky on the West Coast.

But even her fluorescent tube paintings have evolved since being represented by David Kordansky and Gagosian.

Her original paintings from The Bakersfield projects, and show named ‘Manhattan’ at Brennan & Griffin, still have remnants of Mary’s darker, more muted color pallet of the past.

While her paintings at David Kordansky were brighter, lighter, and more detailed, they are much smaller in scale then the giant works presented at her 2018 show at Gagosian.

One thing that did stay the same throughout……….her use of Flashe paint. Some things never change.

Thank you to all of the galleries for the use of these images, and pleases keep in mind when looking at images from the early 2000's the quality is not what we're used to today :)