In this post l cover the artists I discovered and some of the craziest things I saw at Zonamaco in Mexico city.
Published in
Art Fairs 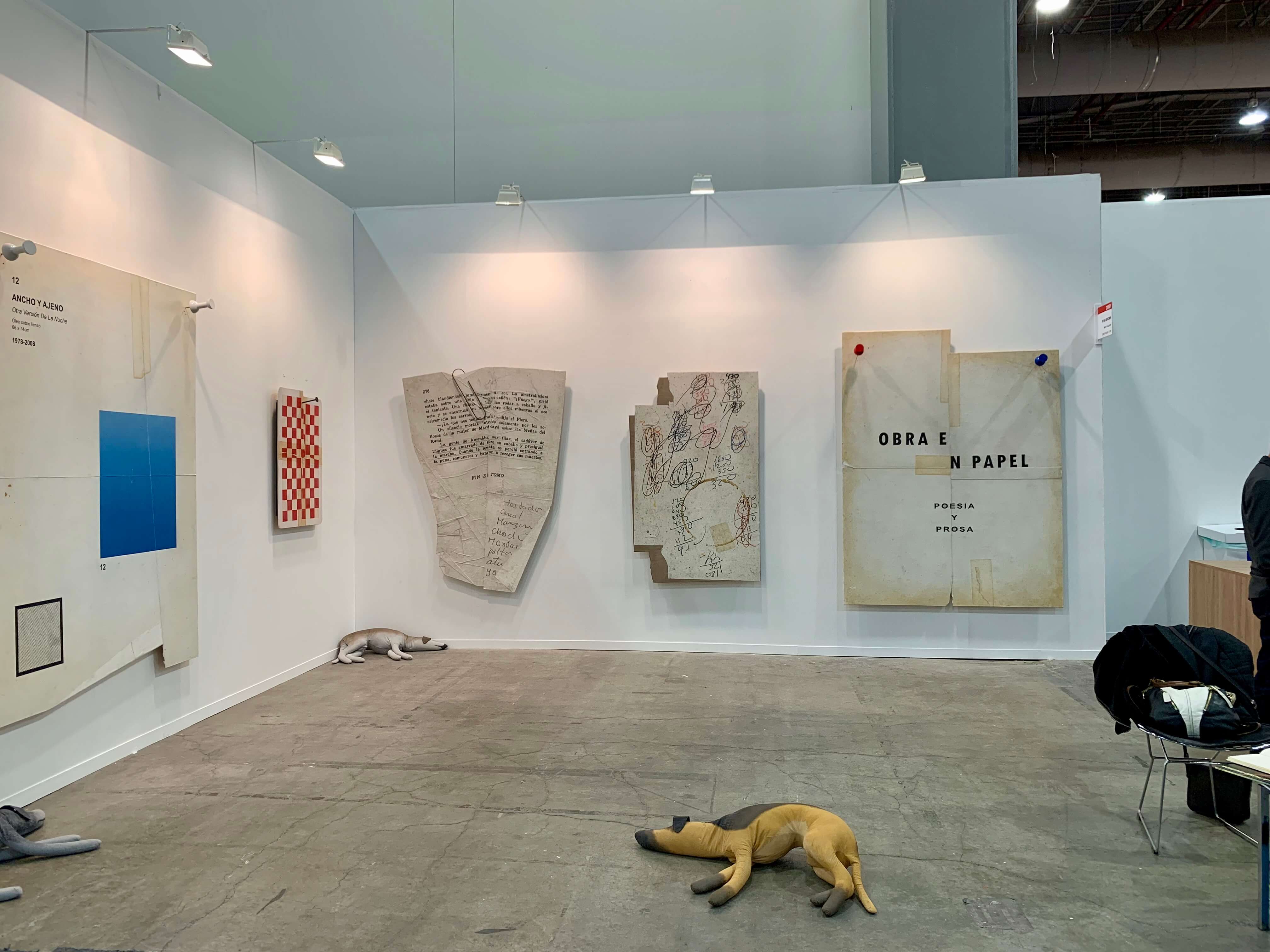 If you didn't have a chance to read my first post about Zonamaco, feel free to have a quick skim here to see what booths were my favorite. In this post I'll cover the artists I discovered and some of the craziest things I saw at this year's (2019) edition of Zonamaco in Mexico City.

One of the best parts of a fair is finding new artists, and this is especially true at an international fair. I discovered so many amazing artists, many from Mexico City, but plenty from all over the world.

Galería OMR placed works by their artist Ryan Brown in not just one but three places throughout the fair.

1. The first could be spotted in front of the entrance to the fair. One of his sleeping dogs was having a nice snooze, welcoming guests to come inside.

2. The second was next to the James Turrell at the gallery's main fair booth (this is photographed in my part I post).

3. The third is pictured below, a booth put together by New York's' Y Gallery and OMR, exclusively of Ryan Brown's work.

Gallery Younique brought these dark and colorful works by artist Alfredo Alcalde all the way from Peru, and I have no doubt they were well received by the Zonamaco audience.

Edgar's works, brought to Zonamaco by RoFa Projects based in Maryland represent how he perceives his indigenous culture vs. how it was represented by colonialists. By taking illustrations from old Encyclopedia's and rearranging them in ways that represent true Latin American culture as well as other cultures (such as in America).

I was surprised by really pleased to see a work by Mark Ryden at Kasmin's booth at Zonamaco. If you've seen my Pinterest you'll know I'm just a little bit obsessed with his work and how it's charming and childlike but morbid and dark at the same time.

I'm always excited to see what BEERS London is going to bring ever since seeing their Thrush Holmes booth at last year's Zonamaco. This year they didn't disappoint, bringing multiple talented artists, but the one I found most intriguing was Andrew Salgado.

If I had to pick a favorite (which is kind of like picking a favorite child) - it would have to be Macarrón, Rafa at Galería Juan Silió's booth. The playfulness and use of color make me so happy when I Iook at them. There's such personality in his work.

Not only is Claire an artist, but apparently she's an editor-in-chief of The Editorial Magazine. It must be hard being so talented. These works were brought to Zonamaco by Steve Turner gallery based in LA.

Boccanera Gallery brought these dark works by artist Nebojša Despotović  all the way from Italy, and the booth is captivating. The darkness is almost a nice to contrast to so much color seen throughout the fair.

Growing up around watching her relatives in movies from the 'golden era' of Mexican Hollywood - it's no surprise that Ana Segovia is inspired by staging various portrayals of masculinity within her paintings. Represented by Mexico City Gallery, Karen Huber, she has a bright future ahead of her indeed (calling it now).

And the craziest/most interesting things I saw....

Mostly because of the Chanel keys and Machete in the back of the boom box.

This character (above) at Cassina Projects Booth by Yves Scherer.

This space ship at Maia Contemporary's booth by Simon Vega.

This collection of neon by Andrea Galvani at Eduardo Secco Contemporary's booth.

This battlefield of Ronald McDonald characters at Galerie Lelong's booth by Jake and Dinos Chapman.

Which were your favorites? Email me to let me know!