In Farley Aguilar’s exhibit at Lyles & King Gallery, he creates a platform for key individuals or events in the last century, translating these figures and scenes with his signature colors and texture
Published in
Galleries 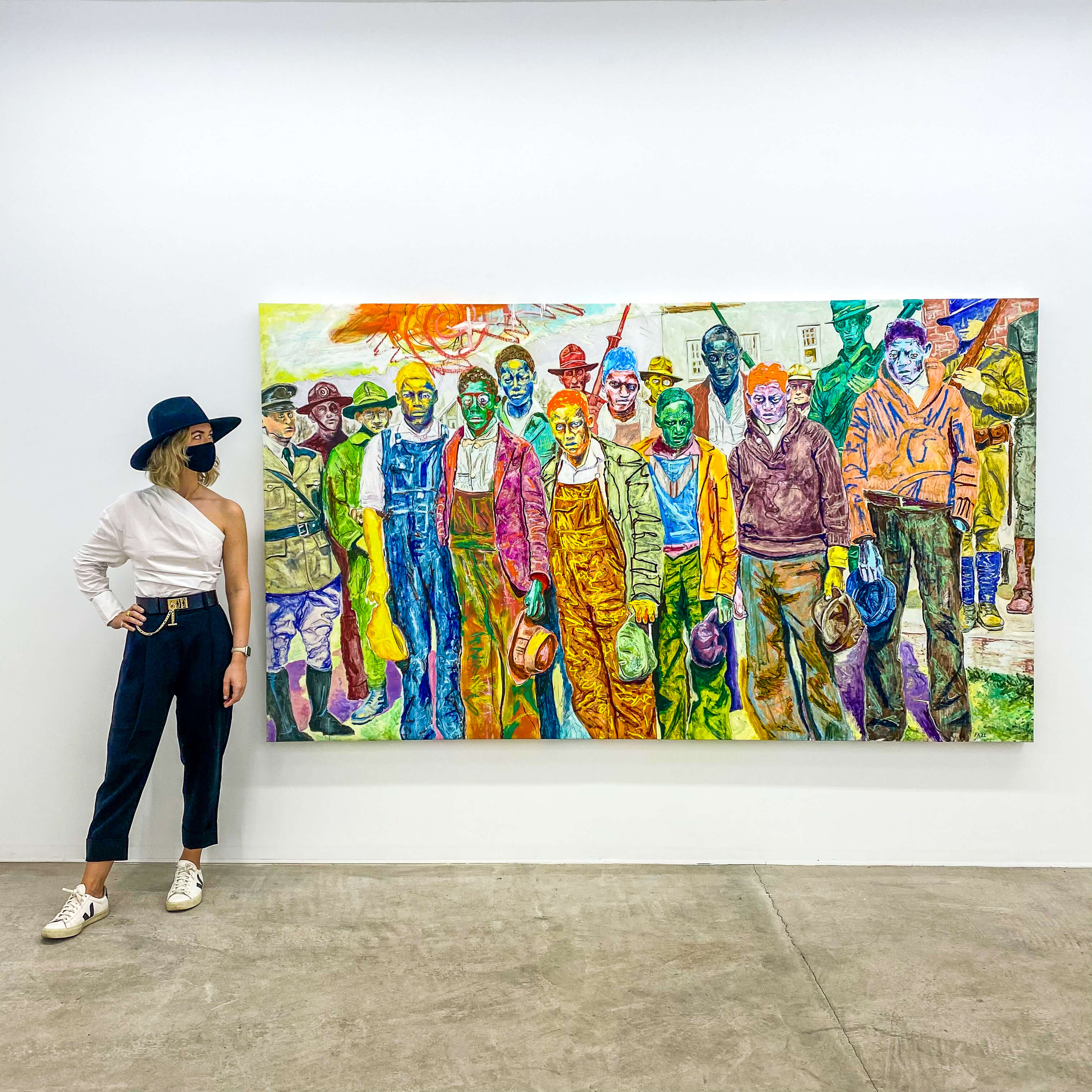 About the Exhibit - Closed Game

“Dealing in clashing colors and collapsed periods of time, the artist intuits that reworking snapshots of the American past with painting’s tactile immediacy can reveal something about the state of the nation today” - Camila McHugh (source)

“[The works are] all based on found photographs from throughout the 20th century, including, for instance, an image of the Scottsboro Boys from 1931 or of New York’s first Black police officer, Samuel J. Battle, ten years later.” - Camila McHugh (source)

The gallery describes Aguilar’s works in this exhibit as “broach[ing] the painter’s position as one of ethical responsibility.” (source)

He does this through the subject matter he chooses to paint, “restoring dignity to those who have been denied it and destabilizing the posture of those responsible for withholding it.” (source)

It’s clear that Aguilar leverages his background in philosophy to create works that question society and our relationship to one another and the systems that we’ve built and are enveloped in.

To see a video of the exhibit, skip ahead to 10:18 in the video below.

About the Artist - Farley Aguilar

Farley Aguilar was born in Nicaragua and now lives and works in Miami. He got a BA in  Philosophy from Florida International University in Miami. He’s represented by Lyles & King Gallery.