Cleansing, an exhibition of works by Farley Aguilar at Lyles and King that portray southern history in the style of the great German Expressionists such as Edward Munch
Published in
Galleries 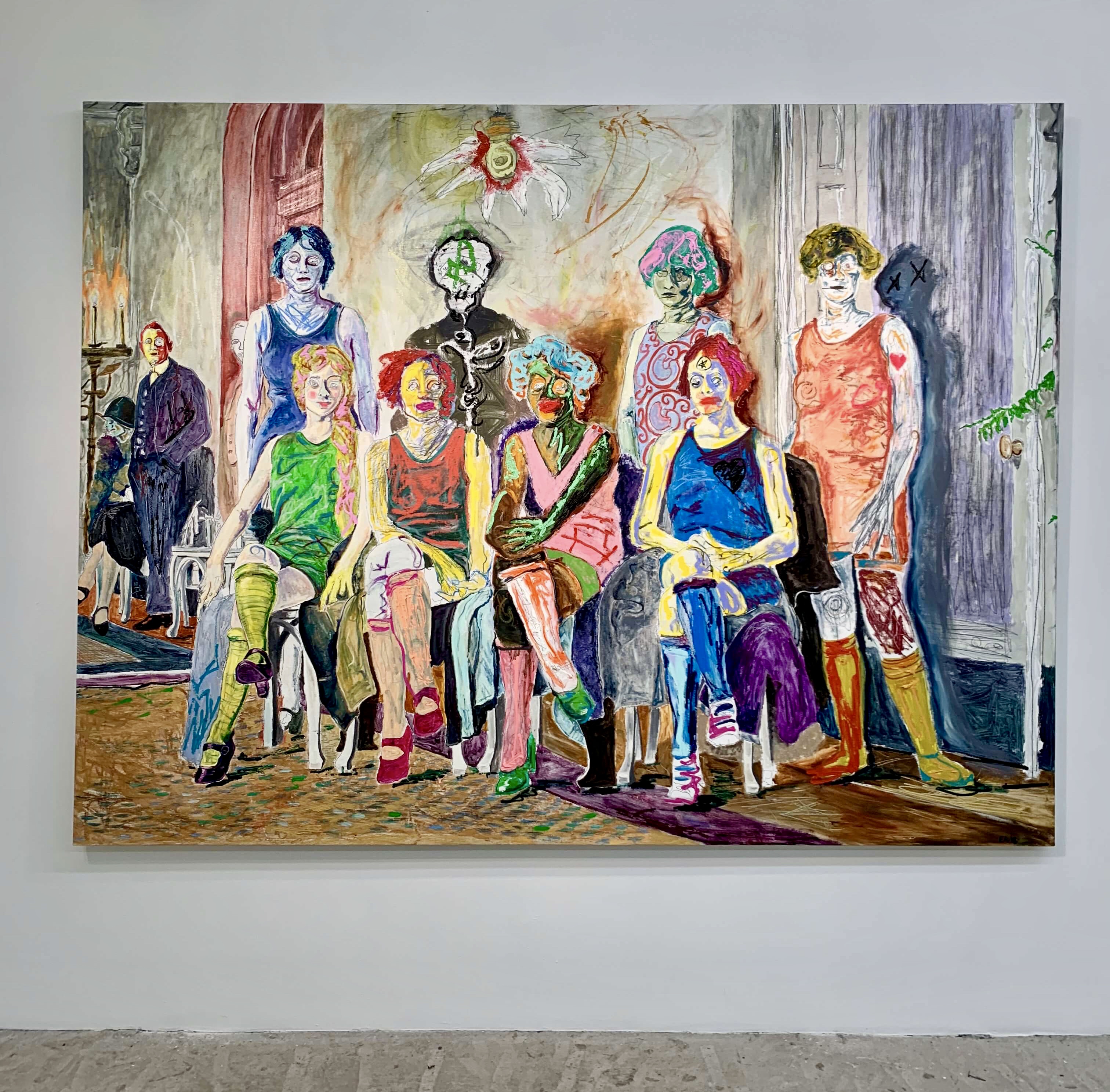 An exhibition of works by Farley Aguilar at Lyles and King. Ever since I was exposed to Aguilar’s work for the first time at Lyles and King’s booth at The Armory show I was floored. The colors, the people, the detail, I’m all for it.

Also since going down a Pinterest rabbit hole, I was faced with the reality that my favorite art is borderline grotesque figurative paintings (think - Genieve Figgis, George Condo, ect.). So it’s not wonder I’m a fan of Aguilar’s work.

“Scenes of seaside beauty pageants from the 1920s and ‘30s alongside images of World War II resistance members shaving the heads of alleged collaborators. Sourced from historic photographs and rendered with his singular aesthetic, these nightmarish scenes strike home in a world where the body is the battleground.” - Lyles & King Press Release

Similar to artist like Edvard Munch and even Jean-Michel Basquiat, Farley uses oil sticks, brushes and pencils to create his artworks.

“Aguilar shows how, throughout history, the body is scapegoated— the flashpoint and symptom of social turmoil” - Lyles & King Press Release

Though he references German Expressionism, the subject matter he chooses to convey in his works is closer to his heart (and home).

“The history of the south is very important to my work because its one of the most important factors in the collective consciousness of our American psyche.” - Farley Aguilar

“Historical occurrences like lynchings, protests, and marches are part of our past and by depicting them it helps the discussion toward further understanding, acceptance and celebration flourish.” - Farley Aguilar

Farley Aguilar has artworks in the collections of the following museums:

Which makes sense since Aguilar lives and works in Miami. And he’s represented by Lyles and King Gallery.