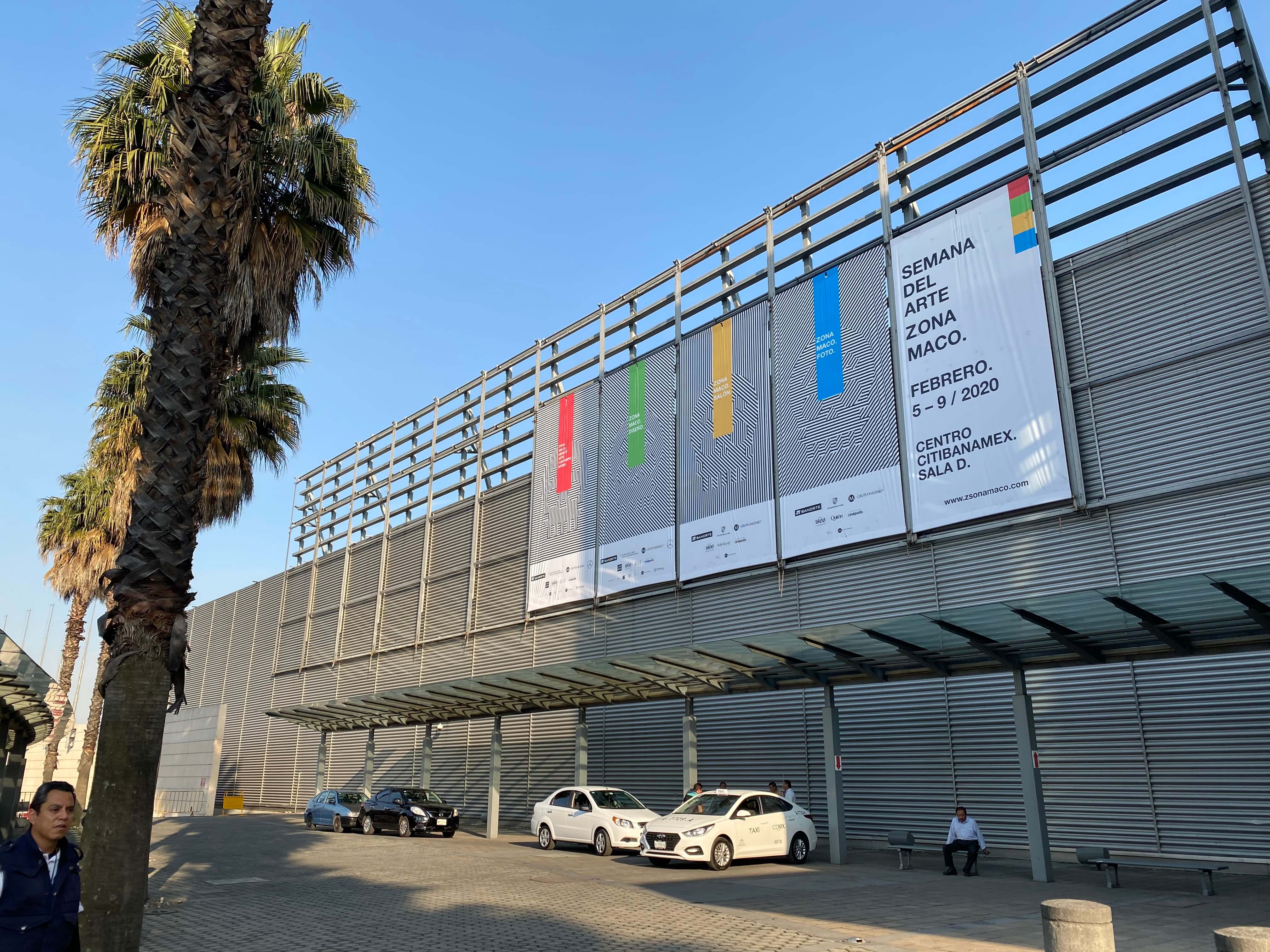 Zonamaco...and Mexico City Art Week is something I make a top priority to attend every year because it's my favorite. The culture, the artists, the city - I just love it all. I've seen the fair evolve every year (sometimes not for the better), whether it be a transition from serving Dos Equis to Stella (bad move IMO), to hiring an agency to change the layout of the booths, but some things stay the same.

For example, fantastic design. Whether it's the fairs totes, websites, banners, etc. it's impeccably designed with the signature sugar skull outline. I've yet to see an art fair do it better. The art also never disappoints. Although this year was crowded with vendors I was still able to appreciate the booth's, especially those from my favorite Mexico City galleries and beyond (aka LA).

Overall, the biggest thing I'd like to highlight that could be valuable to galleries and frankly even collectors is that Mexicans are proud of their culture (as they should be). Even though it's an international art fair the best art (IMO) comes from the Mexico City galleries and Mexico City artists. If you read my post on Material (the sister fair to Zonamaco) you can see that even NYC based galleries like Thierry Goldberg were showing Mexican artists at their booths.

Here are a few facts about the fair...

Normally the fair has two parts - one in February displaying contemporary art and then a design piece, and then a second part in September which is dedicated to photos and antiques. This year...they combined all four parts...which I wasn't a huge fan of.

But all of that aside...now for my favorite booths.

As I stated before my favorite booths were from Mexico City galleries. I'm not sure if this is because I haven't seen a lot of these artists before so they were exciting to me, or they just are that fantastic. Either way...

Some of the standout pieces from PROYECTOSMONCLOVA's booth were works by Martin Soto Climent (below) and works by Julius Heinemann.

Without a doubt, one of the most popular works at the fair (at least for photos) was the giant hand below by Mexico City artist Yoshua Okón. He shared on his Instagram the following words about the work...

‍
“Arriba y Adelante (Onwards and Upwards)” 2002, is a piece where two painted fiber glass sculptures depict, in a realistic yet caricaturesque way, two oversized hands that project from opposite walls as if they are about to shake. A small fragment of attire is featured: black suit jackets over white shirts, suggesting these could be the hands of two businessmen or politicians –hard to distinguish between the two these days- about to seal the deal. The piece is a glimpse of a larger picture alluding to both notions of formality and calculability behind social conventions and to modern notions of progress." - Yoshua Okón

Karen Huber Gallery is always a must-see for me. She and her staff and the nicest individuals, and her eye for upcoming artists is unmatched. She discovered Manual Solano, and some of my favorites she currently represents are the insanely talented Ana Segovia, Endy Hupperich, and Allan Villavicencio.

I didn't get the best pictures because the space was very tiny and jammed packed with people. This isn't surprising since the works of Lermatozoid aka Jose Lerma are so captivating.

Great use of color - Check

I arrived shortly after the 'event' which happened right where this picture was taken above. My heart goes out to the gallery and Gabriel Rico, and this should remind everyone to always be conscious of their surroundings when viewing art and NEVER, EVER touching.

Xavier Hufkens was one of the few non-Mexican galleries with a booth of interest. I was immediately taken by this work by Matt Conners - a Chicago artist who's careers seems to be on the up-and-up. Why else would Hufkens devote an entire booth to one artist?

I should note Nordenhake also has locations in Berlin and Sweden. I discovered they recently moved their location in Mexico City as well, into a prime spot in Roma Norte, conveniently located across the street from the famous restaurants Rosetta and Meroma.

This work (below) by Ana Prata was the knockout piece of Galería Isla Flotante's booth. No surprise it sold.

I will say...Kurimanzutto's exhibition back at their gallery happening at the same time, was FAR more impressive than their booth. It consisted of 7 rooms by 7 different artists - so I understand this booth probably served as a mere stage for selling, and an invitation to witness a far more in-depth cultural assemblage happening at the home base.

Even though I'd seem a version of them previously at Fog Art Fair in San Francisco, I was still pleased to see the works (below) by Minerva Cuevas.

I've never seen a booth by Mariane Ibrahim Gallery at ANY art fair that I wasn't automatically drawn to. They have such a strong roster of artists, like the ones pictured below - Jerrell Gibbs and Clotilde Jiménez.

“The work became a tapestry of my life that transcribes and reconstructs the societal idée fixe of the black body in popular culture, while also undermining the notions of gender normativity within a black subjectivity.” - Mexico City artist Clotilde Jiménez

While it may not have been new and exciting to me - having the privilege of seeing Alex Gardner's work many times back in New York, I appreciated the variety or works The Hole displayed by him. Some were even small enough to fit in a suitcase --- quite convenient once you learn the cost of shipping art back to American from Mexico.

I'm ashamed to say I've yet to visit Arroniz Gallery in Roma Norte, but after seeing their booth...particularly this sculpture by the artist Moris, I will make sure they're on top of my list next year.

Galerie Lelong & Co. is known as being the prominent dealer of Jaume Plensa (and sculpture in general), so it's no surprise there were tons of works by the artist present at their booth.

Galeria Enrique Guerrero's booth leaned on more decorative than contemporary art, but was visually interesting all the same!

Another Mexico City I have yet to visit, but must! Galería RGR brought such a magical group of works that just scream 80's nostalgia by Argentinian artist Felipe Pantone. They also made for one of the best places for a photo opp at the fair.

It's very rare that I see a gallery from New York that I haven't visited in person. So I was dumbfounded to see LatchKey's booth. Who were they? How did I miss them and their incredible booth of works by John Rivas and Patrick Alston.

After a little research...mystery solved. After reading that "LatchKey Gallery is a nomadic contemporary art gallery that looks to re-imagine the brick and mortar via intimately curated exhibitions, salon series, and events by partnering with various spaces around NYC." Got it!

"LatchKey Gallery is committed to supporting art and culture and the role it plays in sustaining healthy communities. By partnering with various non-profit organizations to help their mission, LKG contributes a percentage of sales from exhibitions, and lends assistance by joining benefit committees."

I'm so impressed with the concept, and even moreso their roster of artists they exhibit.

I have a chance to browse Galería Tiro Al Blanco's booth, but I spotted this paintings by Mexican artist Enrique Hernández and had to get a closer look.

Until next year Zonamaco! Mexico City...hopefully I'll see you sooner :)