Why am I in all the photos?

While standing next to a painting may seem trivial at best, narcissistic at worst, it’s meant to expose art and its creator outside the traditional barriers created by art world institutions
Published in
Opinion 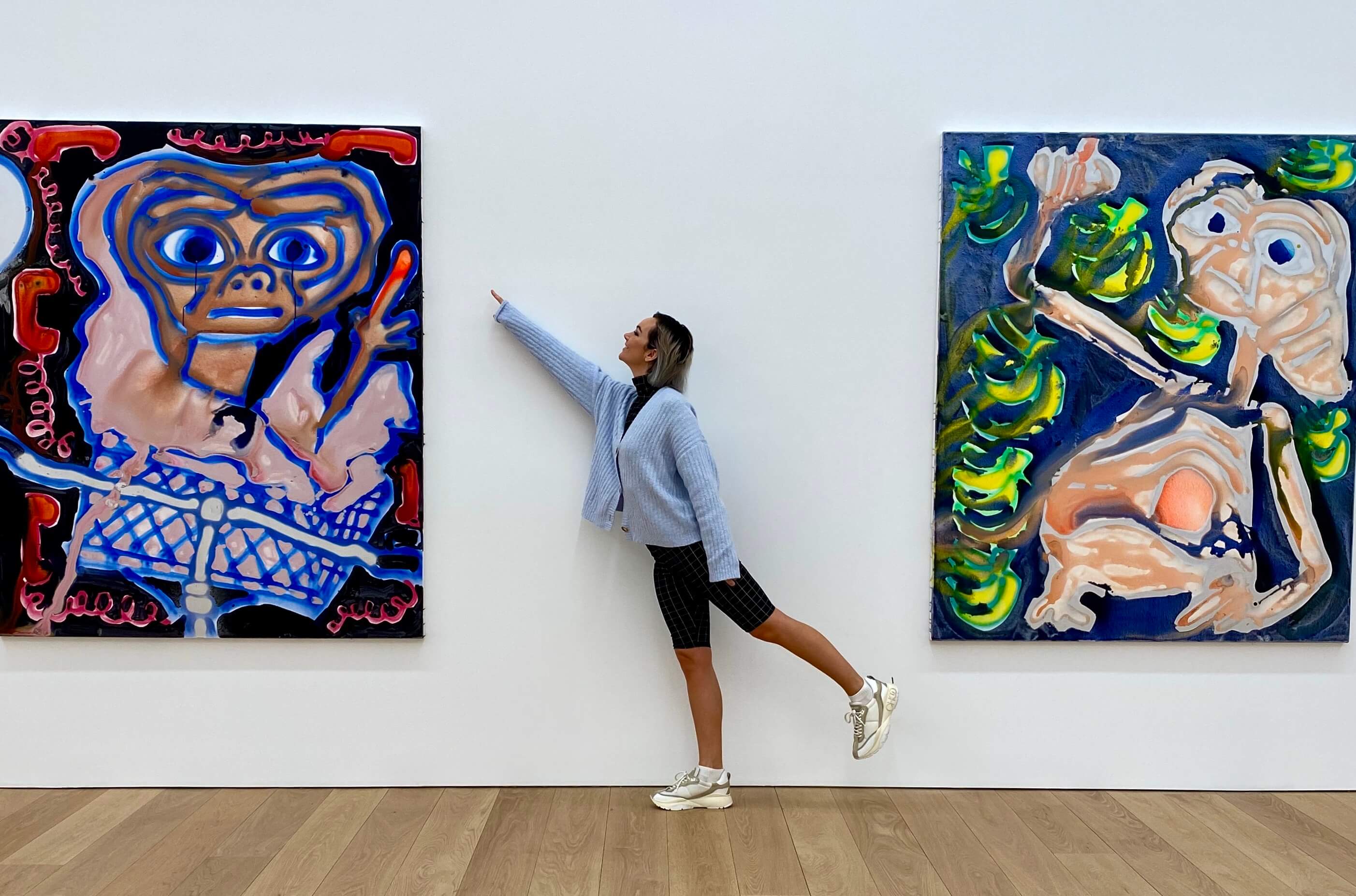 Why am I in all the photos?

I felt it was about time I addressed the question that seems to be coming up more and more in the comments on Instagram. I forget the exact wording, though it doesn’t really matter since it’s come from multiple individuals.

I’m never sure the kind of answer these people are hoping for. That I’m an egotistical maniac? Some attention-seeking freak? Unfortunately, that answer is far more clinical than that and is made up of many parts.

I’ll start by going through the most straight-forward reasons and end on the more conceptual.

When you see any object without a point of reference there is no concept of scale. The scale of a piece of art has a profound impact on how the viewer experiences it. Take Liz Lou’s Kitchen for example...would it be nearly as impressive if it was 12”x12” as opposed to the size of an entire room. Or vice versa, an oil painting the size of a matchbox can be far more captivating than the standard portrait size. Without an object for scale, the photo becomes (IMO) just as utilitarian as photo meant for inventory records.

While ‘algorithms’ may feel like random, magical entities mere mortals can’t understand..that couldn’t be far from the truth. Algorithms are one way of communicating with machines, of teaching them to do what we do. Social media platforms like Instagram and Facebook are just that, social. Their entire existence is based on people sharing and engaging with content from other people sharing and engaging with content.

There are only so many hours in the day, and only so much time social media platforms have our attention, so they want to make sure they're doing a good job of showing us exactly what they think we’ll engage with at just the right time so that we’ll continue to engage. So how does social media know what to show us?

They’ve created an algorithm, and more specifically a ‘feed’ algorithm. This determines what we’re shown in our feeds. So how do they do it? There’s a lot of factors that are included in this algorithm that are very similar to how humans would act in everyday life.

Think about how you pick what you want for breakfast every day. You probably choose something you’ve had before or something similar you know you’ll like. Something that is in close proximity - in your kitchen or fridge. Something that fits with your character, such as being vegan if you're vegan, or spread of comfort food if like cooking big complicated meals . These are all inputs that you take into consideration before making a choice and algorithms do the same thing.

But how do they know what’s the best choice? Humans have feelings and intuition (or willpower) which is how we choose our breakfast...but computers don’t have feelings. So what do they do? They have to rely on things like a ‘quality score.’ A score that lets them know if one piece of content is better to show than another.

Quality scores determine how ‘quality’ a post is and the higher the score (among other things) the more likely it is to be ‘chosen’ to appear in someone’s feed (increasing the post's reach and impressions). So what boosts a quality score? The best way to have a chance (this isn’t always the case of course) of having a high-quality score is by providing a variety of information about the content. This can come in the form of tagging a location, tagging a user, adding a hashtag (or 10), writing a caption...all of these are inputs that let the computer make a decision about the ‘quality’ of the post, and more information (that’s not spam) is often rewarded by the algorithm.

So why am I telling you all this? None of this (obviously) has been confirmed publicly by Instagram but, given logic and years of experimentation, photos with a human in it (or humans) are likely to be ranked higher quality than photos without. This makes sense given it’s a social media platform. It’s more personal.

Some of you...probably the ones that asked this question in the first place, are thinking “oh so it’s just about getting more likes.” Yes. But not for the reasons you think. To explain, I’ll tell a little story of when I was at Fort Gansevoort for a press preview of a show by Vanessa German. German was there, lots of press people were there and I felt so intimidated to ask someone to take a photo of me that I didn’t and simply posted a photo of one of her sculptures.

I know it’s not Vanessa German’s work, and I’ve had many other posts to support my suspicions that without me (or anyone) in the photo it got far less reach than it would have if I’d been in it. This made me sad for a few reasons. I was personally upset because I hate nothing worse than when I let my fear get the best of me. I was also upset that because of my pride, fewer people were going to see Vanessa’s work. It’s not about me. It’s about the reason I put so much work into managing this page in the first place. It’s letting people from all over the world see (in my opinion) the best of the best artist and gallery shows from New York City and beyond. Through exposure and education, I could be influencing the next generation of collectors and artists. But first people have to see these artists, learn about them and ideally understand why what they’re doing is important.

So yes, galleries often discover, foster and then maintain an artist's career. Institutions stabilize an artist's career through the legitimization of adding an artist’s work to their permanent collections. Auction houses determine the market for an artist's work. People relate, feel an emotion connect to, talk about, build a community around and art. Whether they buy it or not, people are the energy that’s injected into all of the entities above and are the fuel that drives the artists to create in the first place. And in 2020, where are the people? On the internet.

I’m often asked by friends how to overcome feeling shy, or apprehensive about putting themselves ‘out there’ so much in order to grow their audience. I always give the same advice, sometimes even to myself when I’m feeling particularly nervous about going into a gallery.

There are a few things to understand about social media - one, it’s not ‘real’. What I mean by this is that it’s a narrative being told, a story unfolding. I piece together various truths to make up one giant lie. For example...a series of Instagram stories where I’m popping by Instagram for a tour..and later off to a gallery to see a show...most likely happened over a series of days. But for the purposes of telling a good story, I stitch these pieces of media together and share them accordingly.

The second thing to understand is that it’s not about you (or whoever’s account it is). When I post photos of myself it’s not really me. It’s a fantasy. It’s permission to imagine yourself in my place, maybe even as me. Galleries are known for being highly unapproachable and intimidating...for good reason, they are. By inserting myself into the photos I’m giving the viewer permission to be there themselves. To explore. To feel comfortable not having to ask the questions going through many people’s minds when either being in a gallery space or imagining themselves there. Can I take pictures? What should I wear? What is this show about and why does it matter? Where is located?

Amidst the rising fear of developing technologies and hatred of huge tech firms, we often don't like to acknowledge the freedom the internet has provided us as a society. The freedom to learn, experience and educate ourselves without having to experience ‘literal’ barriers often constructed in the ‘real world.’ Barriers in the form of class, race, and education being maintained and stabilized by fear of change and loss of power.

So while standing next to a painting may seem trivial at best, narcissistic at worst, it’s meant to expose the art and its creator to life beyond these established art world entities and invite the very society that inspired these artworks to experience, learn and develop a richer relationship with, free from any barrier or agenda.