The cool, younger sister of Fog Design+Art Fair...the one you want to party with. The best from emerging artists, at Pier 35 in San Francisco.
Published in
Art Fairs 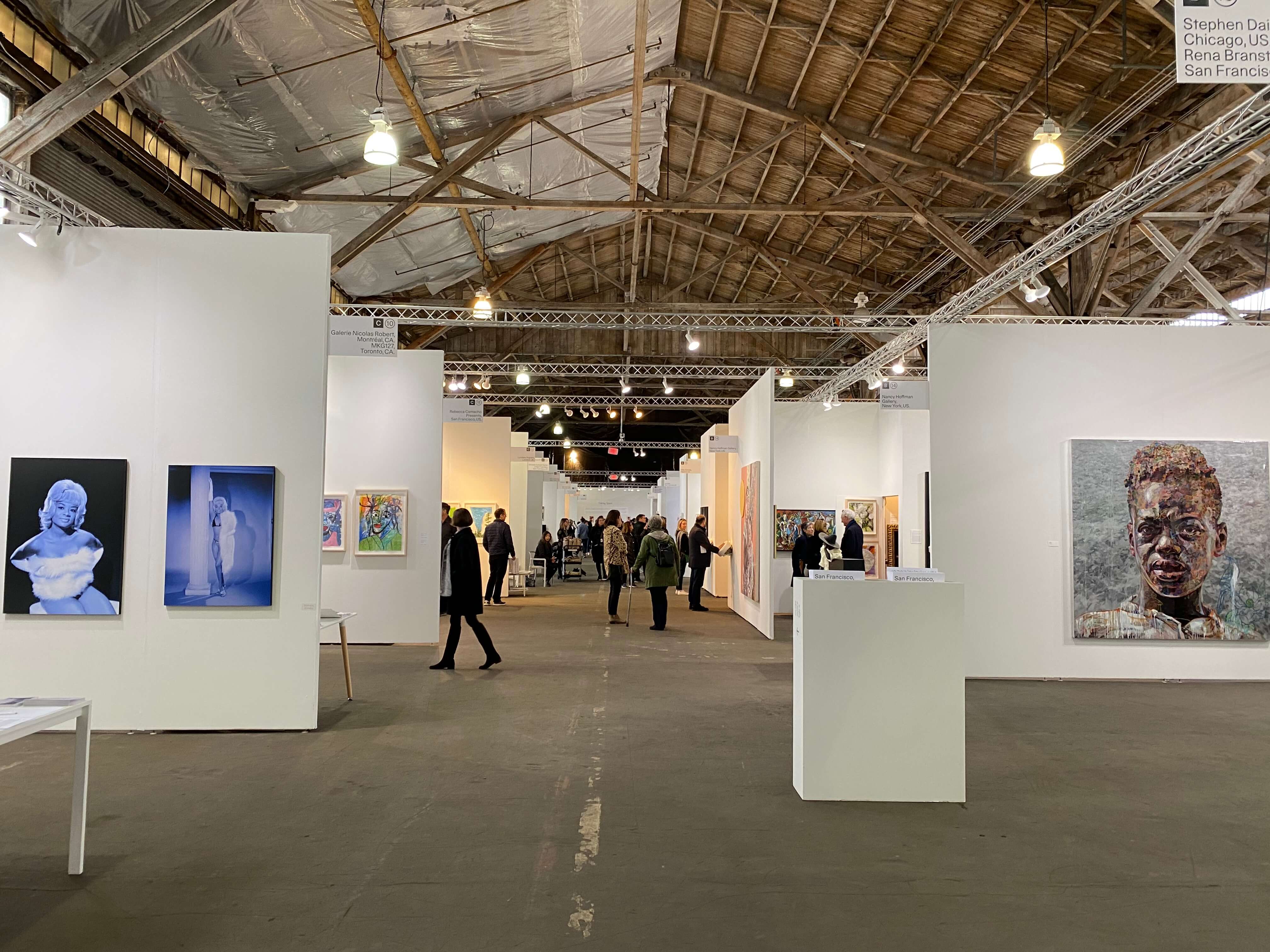 Untitled is a damn good art fair. Plain and simple. I found new works from some of my favorite artists (like David Leggett) as well as new artists and galleries, so I can't complain. Take my $40.

A refreshing surprise at Untitled SF was the presence of the tech community (which I guess shouldn't have been surprising since we were in their backyard), but it was great to see an old friend of mine, Facebook.

They had their own booth featuring an artist (Kira Dominguez Hultgren) that's a part of their FB Air program (Facebook Artist in Residency Program), as well as a create-your-own-screenprint station put on by their analog lab.

While that's all fine and dandy...here's what we really came for.

The Most Interesting Booths go to...

BEERS had a booth of exclusively colorful Andy Dixon paintings.

Finding a new gallery is kind of like finding a diamond on the beach with a metal detector. It rarely happens, but when it does, it's so rewarding. Enter Charlie James Gallery from Los Angeles. I already know they're a dope gallery based on the artist they brought, Lucia Hierro (aka bad bitch).

São Paulo is one of the best cities for art + design, so it's no shocker their booth was awesome, with works by Janaina Mello Landini.

Another gallery I'd never heard of (jokes on me!), Zidoun-Bossuyt Gallery from Luxembourg. They immedietly caught my eye with works by artists David Leggett and Summer Wheat.

A local LES gallery I frequent. I was particularly drawn to David Kramer's paintings.

It's not the easiest thing to make ceramics really cool, but Claire Partington did.

Over the Influence - Los Angeles

Every time I see them at a fair I mentally applaud them for their clever name. The works by Todd James were pretty cool too.

And that's it...until next year.