Trenton Doyle Hancocks first show in LA at Shulamit Nazarian Gallery features his fictional, comic-inspired characters from The Moundverse to illustrate his experience as a Black youth in rural Texas
Published in
Galleries 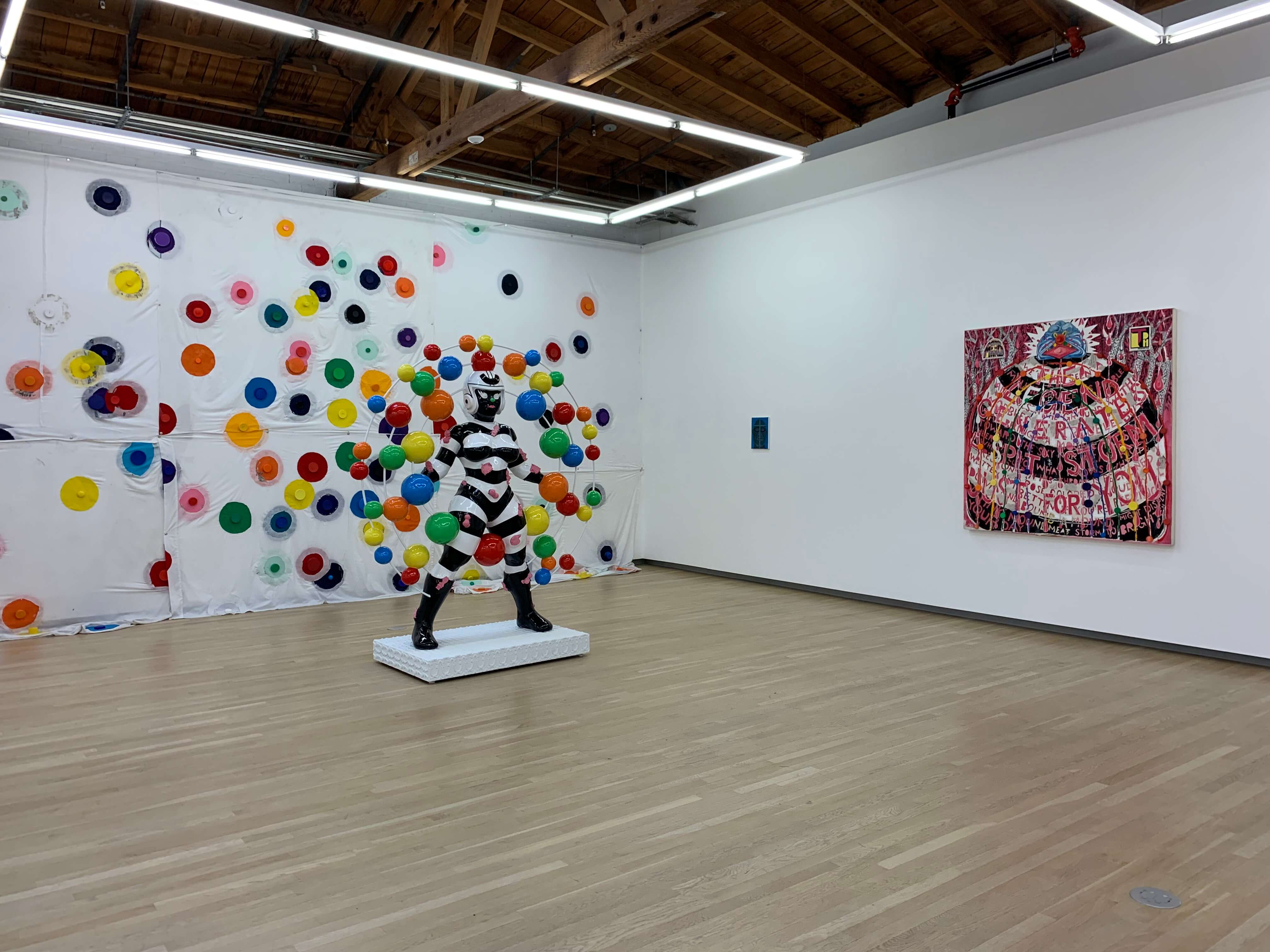 An Ingénue’s Hues and How to Use Cutty Black Shoes

I can’t believe I had the honor of viewing Trenton Doyle Hancock’s first exhibition in LA - ‘An Ingénue’s Hues and How to Use Cutty Black Shoes’ at Shulamit Nazarian Gallery in West Hollywood.

As many young creative do, Hancock began imagining an alternative universe called - The Moundverse, filled "characters as articulations of his experience as a Black youth in small-town Paris, Texas."

“TorpedoBoy is a tragically flawed hero who serves as the artist’s alter ego; Undom Endgle is a color-wielding goddess who protects young souls, representing the force of the Black women who have affected and supported Hancock over the years. These characters and others explore timeless polarities like good and evil alongside related issues of race, class, identity, politics, and social justice.” - Shulamit Nazarian Press Release

The Moundverse, has been a part of Trenton Doyle Hancock's work for the past twenty-five years.

Trenton Doyle Hancock was born in Oklahoma but grew up in Paris, Texas. He was one of the youngest artists to participate in the Whitney Biennial (in 2000 and 2002).

More museums have his work in their permanent collections than I can even list here - he’s the real deal.