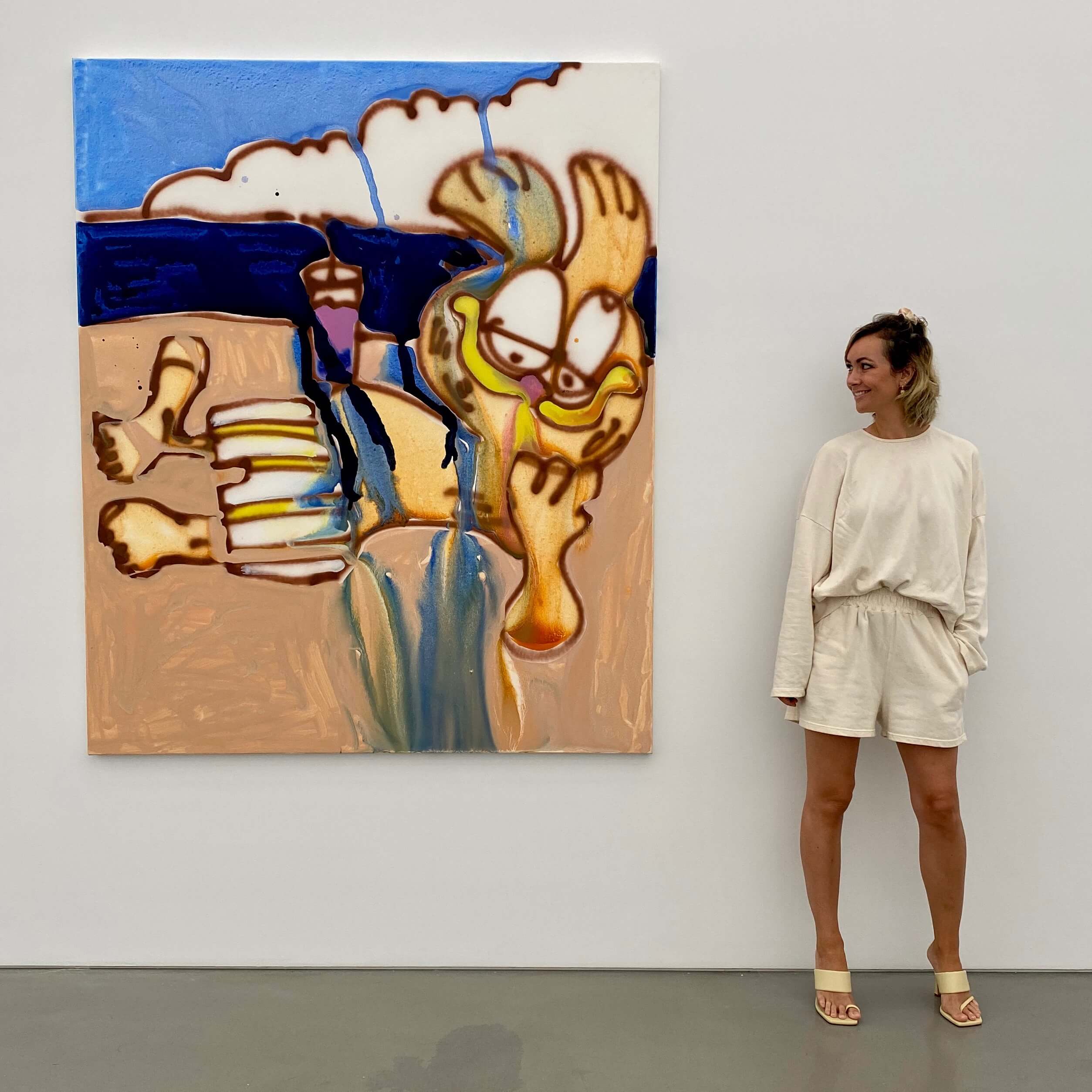 Over the past year there have been a few exhibits that have sparked a question in my mind....who are the top contemporary pop artists of our generation (aka the past 30-40 years)???

It started with Galerie Perrotin’s group show titled ‘The Secret History of Everything,’ where they brought together a group of artists who were inspired by the media, advertising and popular culture in general.

“The work on view reckons with the sprawl of mass media’s infinite image bank, the obfuscation of source material, and the unceasing advance of a slick advertorial aesthetic. The artists in the exhibition — as semioticians, record keepers, and provocateurs — offer us truthful stories in a post-truth world.” - Galerie Perrotin (source)

To me it was a very fancy way of saying...these are the pop artists of our generation.

I then attended an exhibit at Lomex Gallery’s new Tribeca location by the artist Andrew Fourchy whose work was definitely influenced by Pop Art.

In general I feel like the term Pop Art (in a contemporary context) is danced around due to a few things...starting with the over-saturation of Andy Warhol’s market and ending with the likes of any work by Mr. Brainwash or Alec Monopoly. However the more I thought about it, the more I consider some of my favorite contemporary artists to be, by definition, pop artists.

So what is pop art exactly? The (original) Pop Art Movement took place in the late 1950’s  where artists used or were inspired by images from popular cultures such as advertisements, comics, books, really any mass produced objects (think Andy Warhol’s soup cans).

When I think of pop art I think of Keith Haring, Red Grooms, Roy Lichtenstein, Yayoi Kusama, Claes Oldenburg , Julian Opie, Andy Warhol, and the list goes on and on.

So given that definition, as well as a few artists of the past to reference, who do I consider to be the top contemporary artists of our time?

Alex is the king of referencing popular culture. At the 2019 Venice Biennial he featured a suburb infested with fast food restaurants as well as a video piece where he was dressed up as Mr. Rogers.

At Fiac in 2019 he had another video piece where he was dressed up as the rapper Eminem eating cereal. It’s very rare for him to not reference some type of cartoon character or object from popular culture in his works.

Alex Doge is a more emerging artist, but I think like Nick Doyle, his work and career trajectory is very promising.

I discovered his works at Independent art fair last year. He features creatures/figures that are outfitted in familiar name brands like Oshkosh overalls and Fila sneakers.

If Alex Da Corte is the king of pop art then Christine Wang is the queen. It’s hard to name another form of media that represents our current (internet) culture more so than the meme, and Christine's paintings are some of the most hilarious memes anyone could dream up.

Her solo booth at The Armory Show last year by Night Gallery was by far one of the most popular. She’s a very clever lady.

Other than his recent foray into ancient Greek and Roman sculpture, Arsham is known for creating sculptures of current objects like basketballs, Porsche, and Pokemon characters... crystalizing them to forever preserve them in time.

I’m putting David Shrigley into this category because he creates these incredible drawings that are satirical commentary about everyday life situations. In the same way that Andy Warhol can make something ordinary like a soup can be extraordinary, Shrigley can take everyday creatures and items and make them extraordinarily funny.

Eric Yahnker is an artist that’s known for creating colored pencil or graphite works that examine pop culture and politics.

One of his last shows at The Hole you could find works of Mark Zuckerberg morphing into Donald Trump as well as the Cast of Friends.

Gina Beavers creates these insane works that are half sculpture half painting, all based on images from Instagram….which is an excellent source of popular culture. She creates works based on food or makeup tutorials that examine the lengths at which we go as humans to create our online personas.

Technically since Jeff is still alive he falls into the contemporary art category even though I think of him as more of a father of pop art...but that is technically incorrect.

I can’t think of anyone who’s done a better job of taking an everyday object - like a balloon bunny and transforming it into a fine art piece.

"You could call [my work] a visual diary or even a personal history. I’m not going to paint something that doesn’t have anything to do with me. Of all of the possible things I could paint, the thing that interests me is something that I can get close enough to in order to paint it honestly." —Jonas Wood (source)

This makes perfect sense because Wood paints what he knows, and what he knows are pop culture elements like basketball, LA, and home interiors.

Katherine Bernhardt is probably the most on-the-nose of all the artists in this list when it comes to referencing popular culture. She includes some of the most iconic symbols and characters from the past few generations including the Nike check, ET, Garfield and more.

Nick Doyle not only creates artworks that reference things from popular culture but he creates them out of a material that defines popular American culture - denim. He’s  created vending machines, typewriters, cigarette packs and more, all out of denim.

I would put Takashi Murakami into the pop art category because of the inspiration he drives from commercial art. Takashi Murakami really bends the boundaries of high and low in the same way Warhol did.