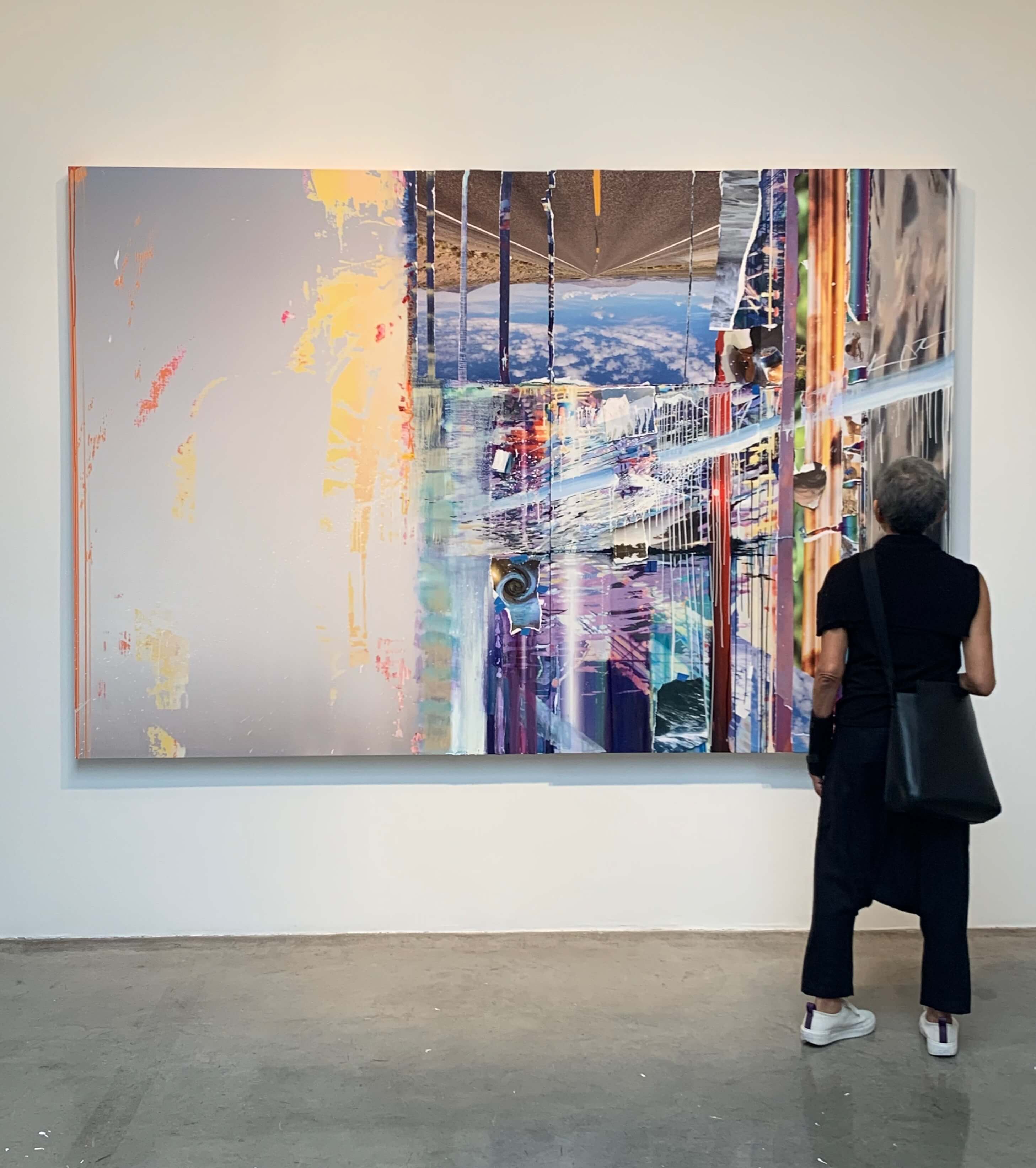 Sarah Sze’s exhibit was on view at Tanya Bonakdar Gallery in Chelsea, NY, from September 5th through October 19th, 2019.

The exhibit was a complete overhaul of the gallery space, inside and out, and is a nod to the artist’s origins as a painter and her evolution to working with sculpture, media, and installations.

“Sze’s latest body of work frays “the seam between the real and the image” (Smith). Through complex constellations of objects and a proliferation of images, Sze expands upon the never- ending stream of visual narratives that we negotiate daily, from magazines and newspapers, television and iPhones, to cyberspace and outer space.” (source)

“This body of work fundamentally alters our sense of time, place, and memory by transforming our experiences of the physical world around us. Both objects and images, Sze says, are “ultimately reminders of our own ephemerality.” (source)

“Sze splices together disparate content that viewers, upon moving through the space, edit together through the act of seeing and reading images to create their own narrative content in the work.” (source)

The backroom of the gallery is a sharp contrast to the other-worldly front room installation. In the backroom, Sze has recreated her studio within the gallery with real tools and elements she used in the making of all the works.

This method of ‘pulling back the curtain’ or ‘breaking the third wall’ is meant to give the viewer insight into how painting have influenced the way Sze creates her sculptures.

“The idea that meaning is created in the moment of transition is a classic film idea, but it belongs to painting and sculpture too…There’s a delicate equilibrium in those transitions and relationships, a fragile tension that exists across all mediums.” - Sarah Szd for the Gagosian

"One of the things that’s interesting is that when you put something into the world, its meaning changes over time. It means different things in different cultures, to different age groups… You put it into the world and the alive-ness of it is only in conversation with other people, right?" - Sarah Sze (source)

About the Artist - Sarah Sze

Sarah Sze lives and works in New York, City. She received a BA from Yale University and an MFA from New York's School of Visual Arts.

“Sze's work is influenced, in part, by her admiration for Cubists, Russian Constructivists, and Futurists. Particularly, their attempt to "depict the speed and intensity of the moment and the impossibility of its stillness.” (source)

In 2013, Sze represented the United States at the 55th Venice Biennale with a solo pavilion presentation entitled Triple Point