Sarah Lucas at the New Museum 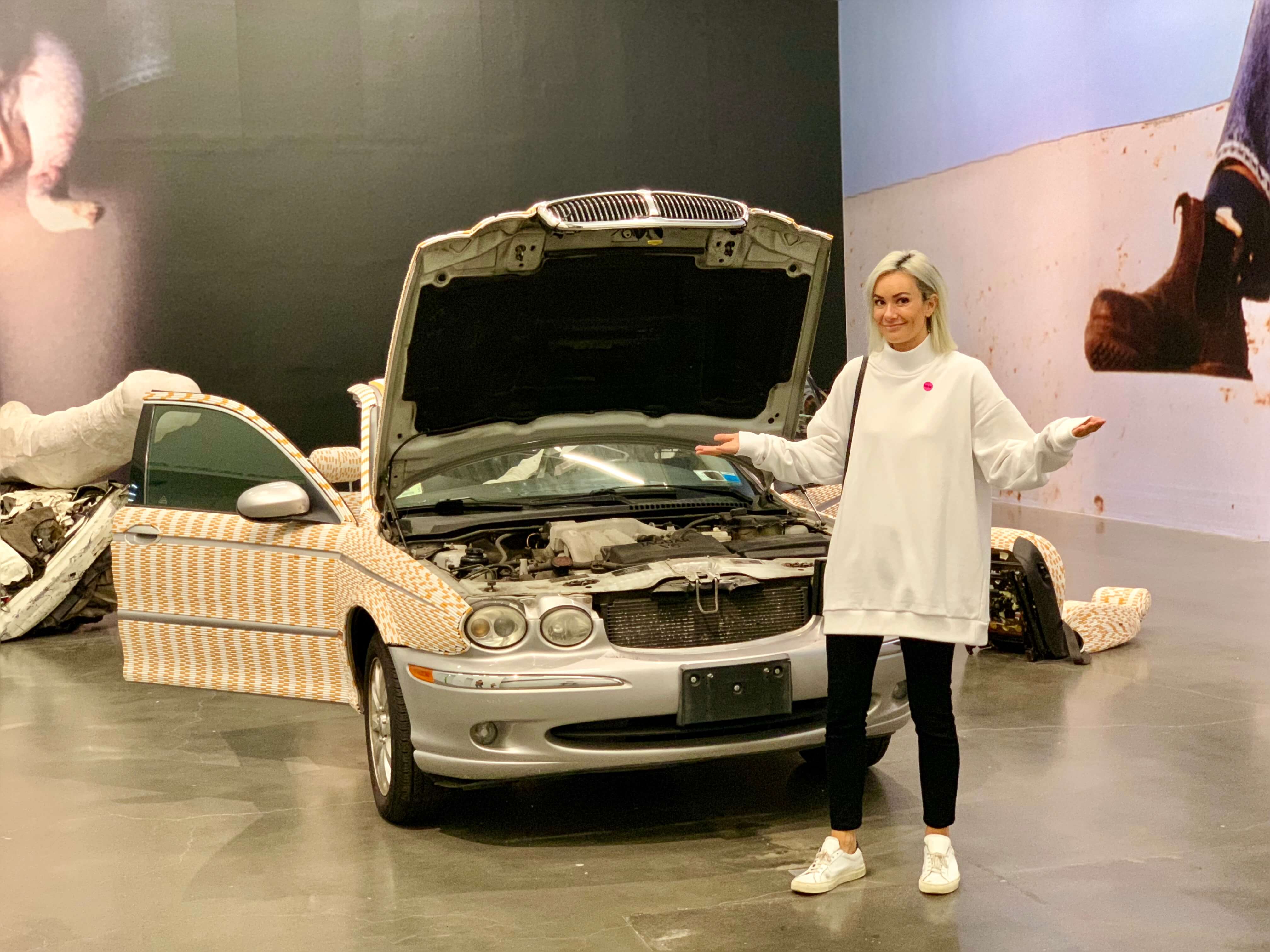 Sarah Lucas at the New Museum 2018

Coming into this exhibition, I'll admit, I didn't know a lot about the British artist, Sarah Lucas. But after this exhibition I learned a few interesting tid-bits. Like the fact she has a very crude sense of humor..that can often leave the viewer feeling very uncomfortable throughout the exhibition. She starting having success as an artist in the 1990s and in 2015 she represented Britain in the 56th Venice Biennial (aka the Olympics of the art world).

She's represented by the following galleries:

Now for the show at the New Museum.......I must warn you, there are many NSFW images in this post so scroll at your own risk.

Sarah Lucas's exhibit 'Au Naturel' at the New Museum was on view from 9/26/2018 - 1/20/2019. Apparently it's the "first American survey of her work of art." The first room has walls covered with scandalous newspaper clippings and furniture covered in even more scandalous paraphernalia (I told you this is not for the faint of heart).

In the second room we see Lucas's iconic 'panty hose' people...which is a recurring material for her.

"Over the past thirty years, Lucas has created a distinctive and provocative body of work that subverts traditional notions of gender, sexuality, and identity" - The New Museum

When then venture into another room and then a corridor of art made from random objects. For example, this clothing rack, abandoned mattress and hanger.

My favorites are her cigarette creations. I couldn't help thinking how 'expensive' these pieces of art are, even if just for the cigarettes (shame on me, I know).

"Since the late 1980s, she has transformed found objects and everyday materials such as cigarettes, vegetables, and stockings into disorienting, confrontational tableaux that boldly challenge social norms." - The New Museum

Followed by a morphed 'breast cast', perching on top of a washing machine. Sure, why not?

We wouldn't want the solo appliance to feel lonely though, so thankfully there was a freezer, propping up a very violated set of legs.

Thankfully I was keeping the partner pair of legs company by the chair.

I love when I can snap and indiscreet selfie in a museum (below).

While I'll admit most of Lucas's humor is lost on me, I do appreciate this 'TV is The Law' piece.

Brace yourselves people, or maybe take a seat...oh wait there's a cigarette helmet there!!.....If you're not into eggs...then this is not the room for you (below).

Behold, the egg room. Real eggs, from real chickens thrown against a real wall at the New Museum. Don't believe me? Look closer.

Also if you missed the panty hose sculpture shown early...don't worry there are more.

Then we have the greatest room of all. Where the son of God himself is immaculately constructed out of none other than.....you guessed it, cigarettes.

There's also a broken down car and a large stone penis. Not sure why they didn't just pray for a tow, hahaha.

I seemed to be the only ones taking photos in front of the car...which is interesting because out of all exhibitions, this hardly seems like the one that would make people shy and respectful all of a sudden.

And to top it all off (or at least the crushed car), the great stone penis.

What do you think of it? Horrified? Inspired? Funny?