Reggie Burrows Hodges uses his background in film to stage the same excitement in his paintings, which feature figures dramatically cast against a black matte backdrop at Karma Gallery
Published in
Galleries 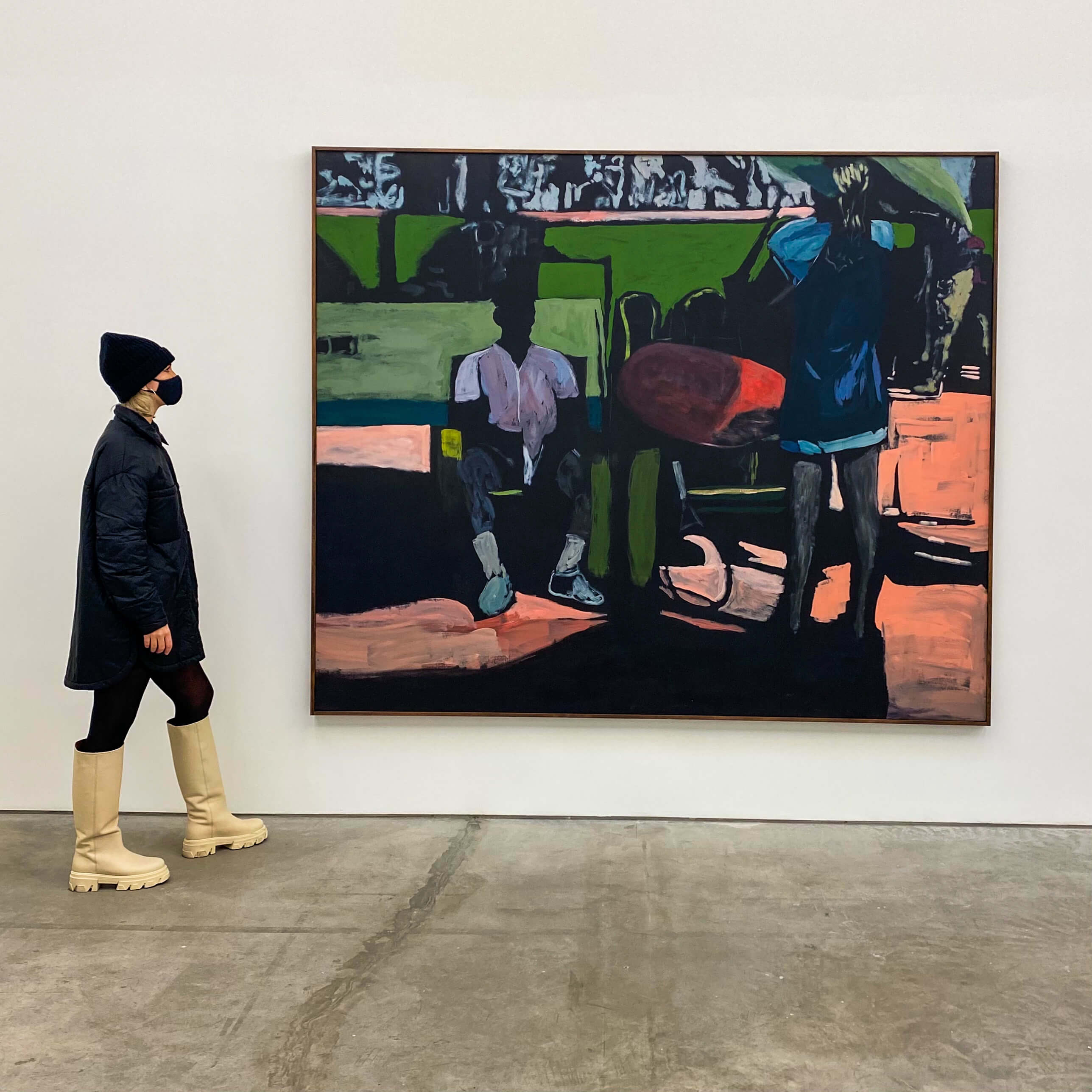 This exhibit is Hodges’s first New York solo show, which is quite the milestone in the artist’s career.

I immediately am drawn to these works because they’re subtly rebellious. The first thing you may notice is this matte black background. Black or darker colors aren’t as prevalent in art because ‘they say’ (and by they I mean major auction houses) that they don’t sell as well. But I think Hodges’ use of a black base is so striking and makes these paintings really special. They make these figures pop.

The subject matter of his work focuses on relationships and how they influence our physical and cultural spaces. The focus of his work is on the bodies and not their faces, to represent the community and the desire to connect and to not be alone. This provides a metaphorical contrast of community vs. being alone, to the already visual contrast of the bright bodies vs. the black backgrounds.

“[Figures created by Hodges] are made sharper, and more haunting, not because we see those things in their eyes, we see it in their bodies, their postures, the endless desire for humans not to be alone, and to connect. To that Hodges adds all that wonderful blackness.” - Hilton Als (source)

“Some of Hodges’ protagonists are physically active while others exert themselves through attentive contemplation, conveying a feeling of cinematic drama realized through his uniquely painted vision.” (source)

To see a walkthrough of the exhibit, skip ahead to 7:32 in the video below.

About the Artist - Reggie Burrows Hodges

Reggie Burrows Hodges is an American artist who was born in Compton, California, and now lives and works in Maine. He majored in theatre and film at the University of Kansas and extensive experience in television and film production, as well as the music industry. He “co-owned Bass Mind Recording Studio in Brooklyn, New York, and also co-founded the reggae dub band Trumystic, for which he was a songwriter and bassist.”

This explains why his art career has been relatively short (exhibits starting in 2018), but impressive. He received the Joan Mitchell Foundation Painters & Sculptors Grant in 2020. He’s a professor at the Maine College of Art