Handiwork, 1955-2018 - 60 years of paintings and drawings by Red Grooms, curated by Dan Nadal at Marlborough Contemporary in Chelsea, New York
Published in
Galleries 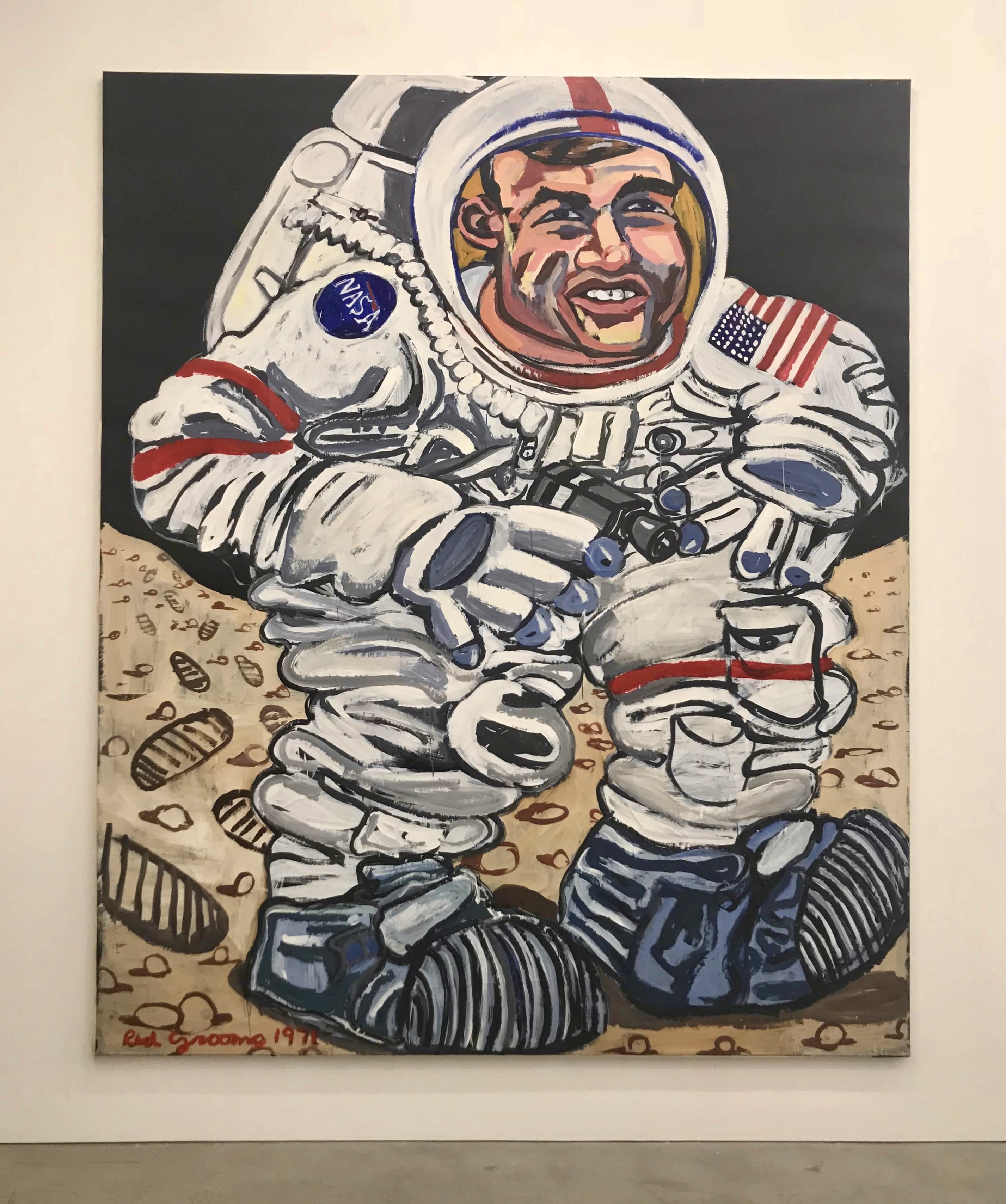 60 years of paintings and drawings by Red Grooms, curated by Dan Nadal, on view from September 6th — October 27th, 2018.

"At times Grooms's humor has an absurdist streak, full of the impetuous energy and preposterous puns of the Marx Brothers. He shares a comic sense with Bob and Ray whose straight-man/funny-man teamwork plays off against the mundane conventions of daily life.” - Judith Stein

Seeing Groom’s exhibition at Marlborough Contemporary was sort of like stepping into a fun house.

“As a child growing up in Nashville, Mr. Grooms found inspiration in the old weird America of the 1930s and ’40s, when he caught traveling carnivals and vaudeville acts.” - M.H. Miller for The NYT

His style is almost borderline folk art, so I can see why he doesn’t easily fall into the Pop Art category.

“I’ve known for years that the other side of Red that doesn’t get seen as much is somebody who takes great pleasure in just free form drawing and painting, with his own two hands,” - Dan Nadal for the New York Times

The New York Times wrote a wonderful piece about Grooms and the exhibition at Marlborough if you want to take a deep dive into his life/career and history of art in New York in the 1960’s. If not, I’ve put together a very tiny synopsis below.

Grooms has a rich history in the famous NY scene of artists that lived and worked there from 1960 onward.

Groom’s kick started his career in Provincetown, at Sun Gallery - which showed the works of fellow artists like Alex Katz and Anthony Vevers. In fact he gave Alex Katz his very first show (even though he admits he doesn’t think he sold anything).

He was also given his nickname ‘red’ in Provincetown, when he worked as a dishwasher, because as you could have guessed - he has red hair. He then began showing works at Phoenix Gallery in New York, and his first solo show was at Reuben Gallery (which no longer exists). After the Phoenix Gallery refused to show works by his friend Claus Oldenburg, Grooms started his own gallery out of his apartment called ‘City Gallery.’

Grooms still works and lives in New York and is said to be producing some of his best work ever.