Having Gone I Will Return - An exhibition of works by Petah Coyne, on view at Galerie Lelong in New York. Her use of rich velvets and tulle sweep the viewer into a melancholy fantastic world
Published in
Galleries 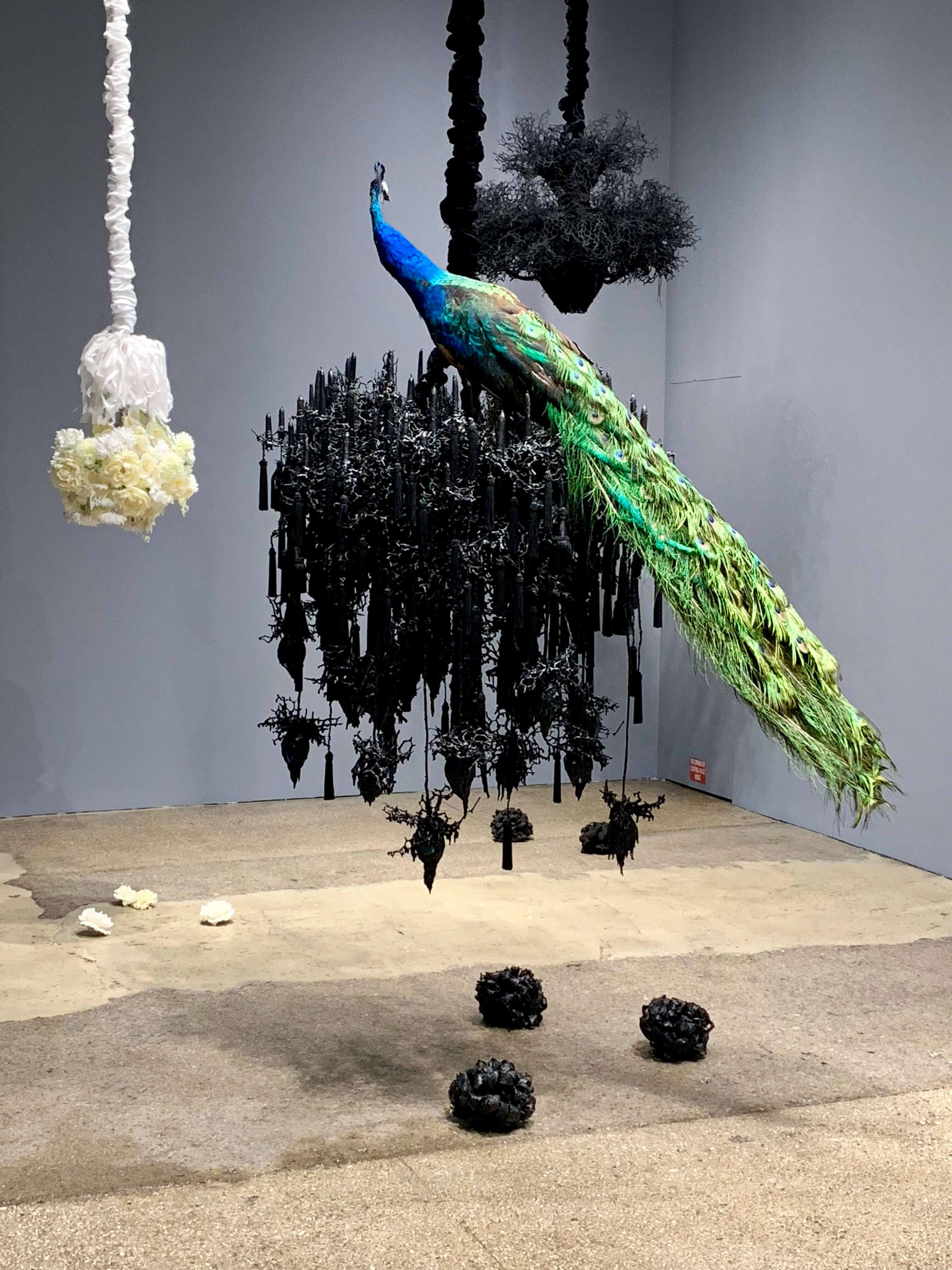 Having Gone I Will Return

An exhibition of works by Petah Coyne, on view at Galerie Lelong in New York, from September 13th – October 27th, 2018

Omg, this exhibition was like witnessing a beautiful, haunted, daydream. Her use of rich velvets and tulle sweep the viewer into a melancholy fantastic world, not too different from ones constructed by Tim Burton or Mark Ryden.

While at first glance this exhibition may seem to be all about beauty and grace..but it was actually inspired by a book called ‘The Doctor’s Wife,’ by Sawako Ariyoshi.

“This is such a great time for women, but if we don’t evolve we’re just going to keep going around and around. I want to see my generation help the next generation.” - Petah Coyne

“A firsthand witness to how tensions can fracture a group of women, Ms. Coyne has spent five years photographing the early members of the Guerrilla Girls, the secret society of female artists that has been calling out art world sexism since 1985” - The New York Times

“It was such an interesting group of women and we wanted to make sure that everyone got credit for their work through the ages after they pass on,” - Petah Coyne (about the Guerrilla Girls)

The Brooklyn Rail interview gives really great insight about Petah’s history, everywhere she lived (she’s part of a military family), and how she got her start in art.

the Whitney Museum of American Art

the Brooklyn Museum of Art, Brooklyn

the High Museum of Art, Atlanta

She is represented by Galerie Lelong in New York since around 1998, and Jack Shainman previous to that. Check out her website here.