The Brazilian duo, OSGEMEOS brings their signature long-limbed, yellow characters to Lehmann Maupin Gallery to bring some much-needed optimism via a gateway into their dream-like world
Published in
Galleries 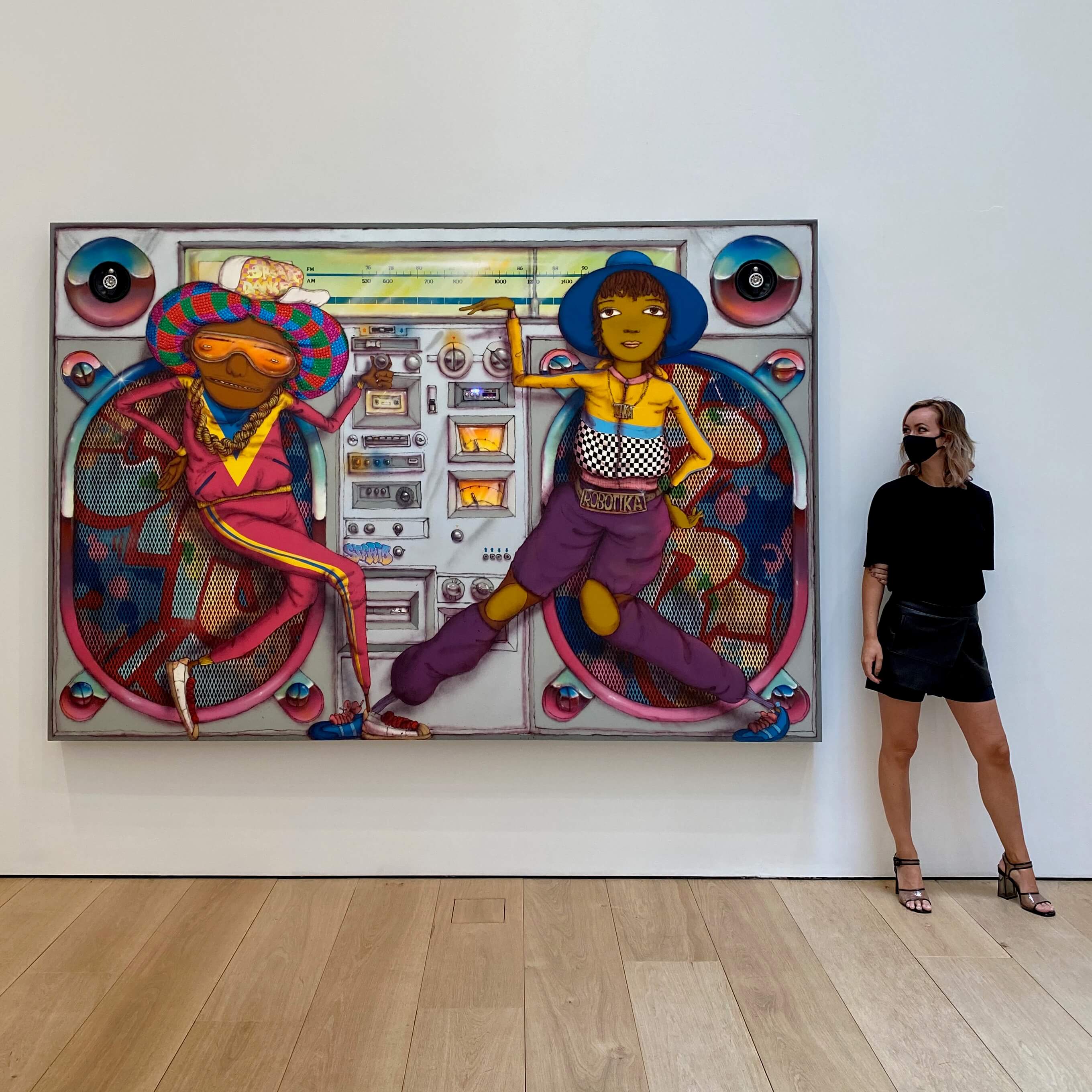 About the Exhibit - Portal

Portal is the Brazilian duo OSGEMEOS’ second exhibit at Lehmann Maupin Gallery and is on view until October 31st.

OSGEMEOS consists of Twin brothers Gustavo and Otavio Pandolfo who’s signature colorful paintings not only grace the walls of this gallery but many public murals in New York as well.

The exhibition title, Portal refers to how the brothers transport the viewer through their vibrant works into their “fantasy/dream world by exploring themes related to mysticism and science fiction.”

“Utilizing repeated geometric motifs reminiscent of temple architecture and abstract patterns similar to those in Op Art, this exhibition will offer a heightened, multi-sensory experience that embraces the power of human imagination and the vast possibilities inherent in visually interpreting the subconscious.” (source)

“We like to give people an opportunity to play with their imaginations -- to see what they want to see. We want people to really fly away when they see our work." - OSGEMEOS (source)

This is particularly significant since Brazillian art at the time was conceptual. OSGEMEOS wanted to create a feeling of positivity, optimism, and community in their works that weren’t present in their minimal counterparts.

“Using a rich symbolic visual language marked by bright colors and intricate patterns, OSGEMEOS are often inspired by the vivid dreams that, as twins, they frequently share”

Given the inspiration from their dreams, it makes sense that the OSGEMEOS are described as ‘modern-day surrealists.’

“The artists seek to defy both artistic and societal conventions through the exploration of the subconscious and imagination.” (source)

As stated above, OSGEMEOS are two twin brothers from Brazil, Gustavo and Otavio Pandolfo who started off as graffiti artists in São Paulo. The fact they are twins is even in their name - OSGEMEOS— translates from Portuguese as “the twins”.

“They have become internationally known for their distinct figurative style that features long-limbed yellow characters with thin outlines, enlarged faces, and simplified features, as well as their use of vibrant colors and elaborate patterns.” - Lehmann Maupin Gallery (source)

The duo is still devoted to large-scale public works that are accessible to anyone, while also creating their paintings for the fine art world.

“OSGEMEOS’ practice continues to be marked by a commitment to the accessibility of art and to exposing the complicated realities of the working class while simultaneously celebrating its resilience.” (source)