Noah Davis’s paintings aimed to capture Black people in their ordinary life, contrasting society's narrative of guns, drugs, and violence which is too often the default.
Published in
Galleries 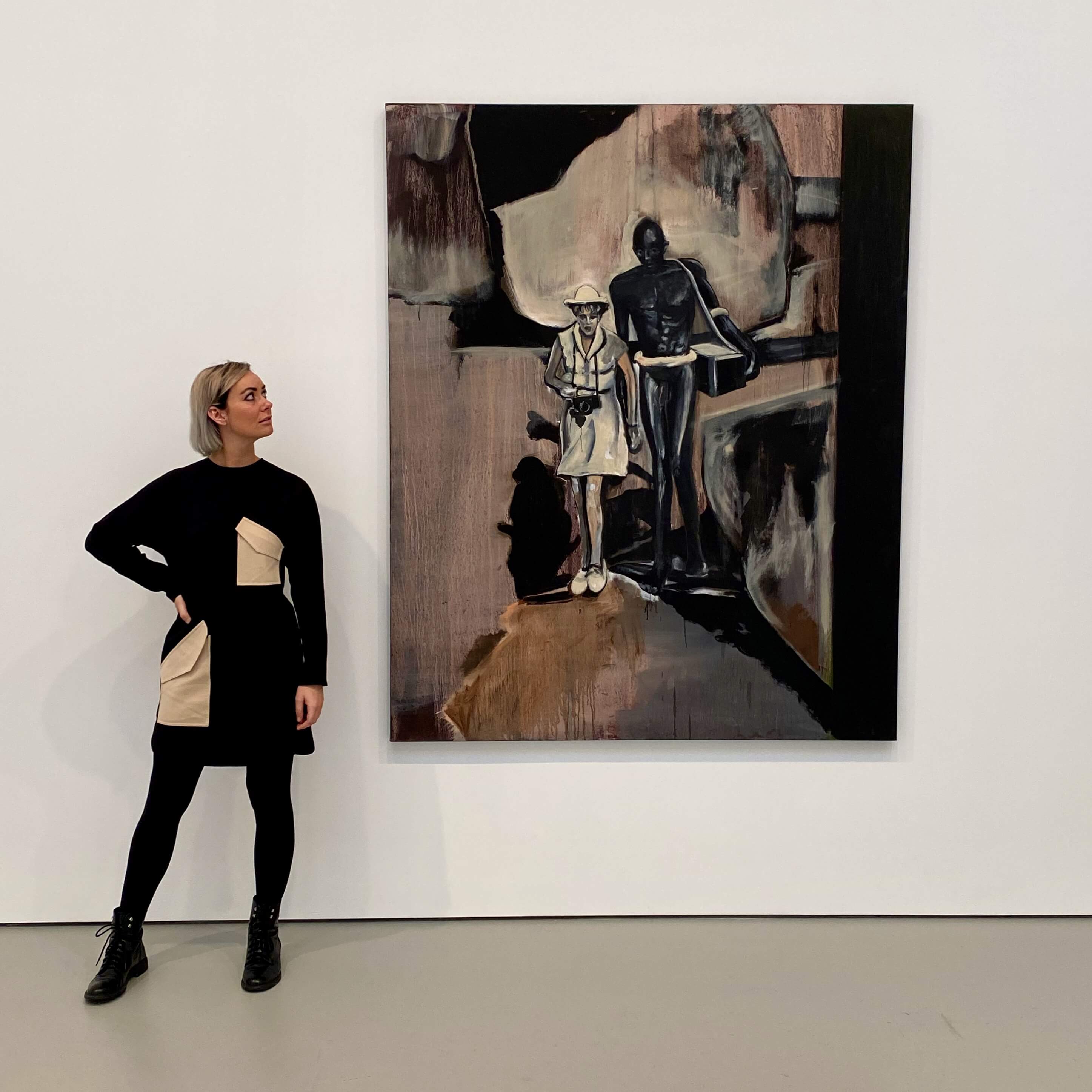 January 16—February 22, 2020, at David Zwirner’s Chelsea compound, was an exhibit dedicated to the overview of Noah Davis’s career. Curated by Helen Molesworth, a Chief Curator at The Museum of Contemporary Art, Los Angeles (NBD), the exhibit shows an impressive volume of work considering Davis passed away at the young age of 32.

“The paintings also dwell in silence, slow us down and hypnotize. paintings were known for being mostly figurative works depicting Black Americans in surreal landscapes.”

“Davis’s paintings have a dreamlike magnetism. The artist’s hunt for subject matter led him to seek inspiration everywhere, from family photographs to friends and lovers; trashy pop culture,” - Artsy (source)

However, the exhibit isn’t limited to just limited to the paintings he completed over the years, but his efforts that manifested The Underground Museum.

“The Underground Museum, a black-owned-and-operated art space dedicated to the exhibition of museum-quality art in a culturally underserved African American and Latinx neighborhood in Los Angeles.” - David Zwirner (source)

“The exhibition also includes a “back room,” modeled on the working offices at The Underground Museum, featuring more paintings by Davis, as well as BLKNWS by Davis’s brother Kahlil Joseph; a sculpture by Karon Davis, the artist’s widow; and Shelby George furniture, designed by Davis’s mother Faith Childs-Davis.” - David Zwirner (source)

“His work falls into two loose categories: There are scenes from everyday life, such as a portrait of his young son, a soldier returning from war, or a housing project designed by famed modernist architect Paul Williams. And there are paintings that traffic in magical realism, surreal images that depict the world both seen and unseen, where the presence of ancestors, ghosts, and fantasy are everywhere apparent”. - Helen Molesworth (source)

“His taste in art was pretty catholic, as in very broad and expansive, he was a real student of art history; he had an enormous number of pictures in his head.” - Helen Molesworth (source)

About the Artist - Noah Davis

Noah Davis was an American artist who was born in 1983 and died in 2015 at the young age of 32 from cancer. Davis studied at Cooper Union in New York.

He founded The Underground Museum in LA.

“In the eight years since it was founded, the Underground Museum has become not only one of the most important destinations for black art in the country but also a crucial gathering place for its working class Arlington Heights neighborhood—with a bookstore featuring works by black writers, poetry readings in the wooden bar and events in its back garden including free meditation, yoga and movie screenings.” - The New York Times (source)

“The only problem with Noah, [was that] he would call me and say, ‘Come to the studio, I painted 10 great new paintings.’ He was very fast when he was working. I’d go in there and just be mesmerized. ‘These are unbelievable, can we get them to the gallery? I’ll photograph them.’ Two days later, he would say, ‘Oh, sorry, I painted over every one of them.’ - Gallerist Bennett Roberts (source)