Nick Cave's three exhibitions - If a Tree Falls, Whether or Not, The Let Go - Two gallery shows at Jack Shainman and one performance show at The Armory rounded out the year quite nicely for Nick
Published in
Galleries 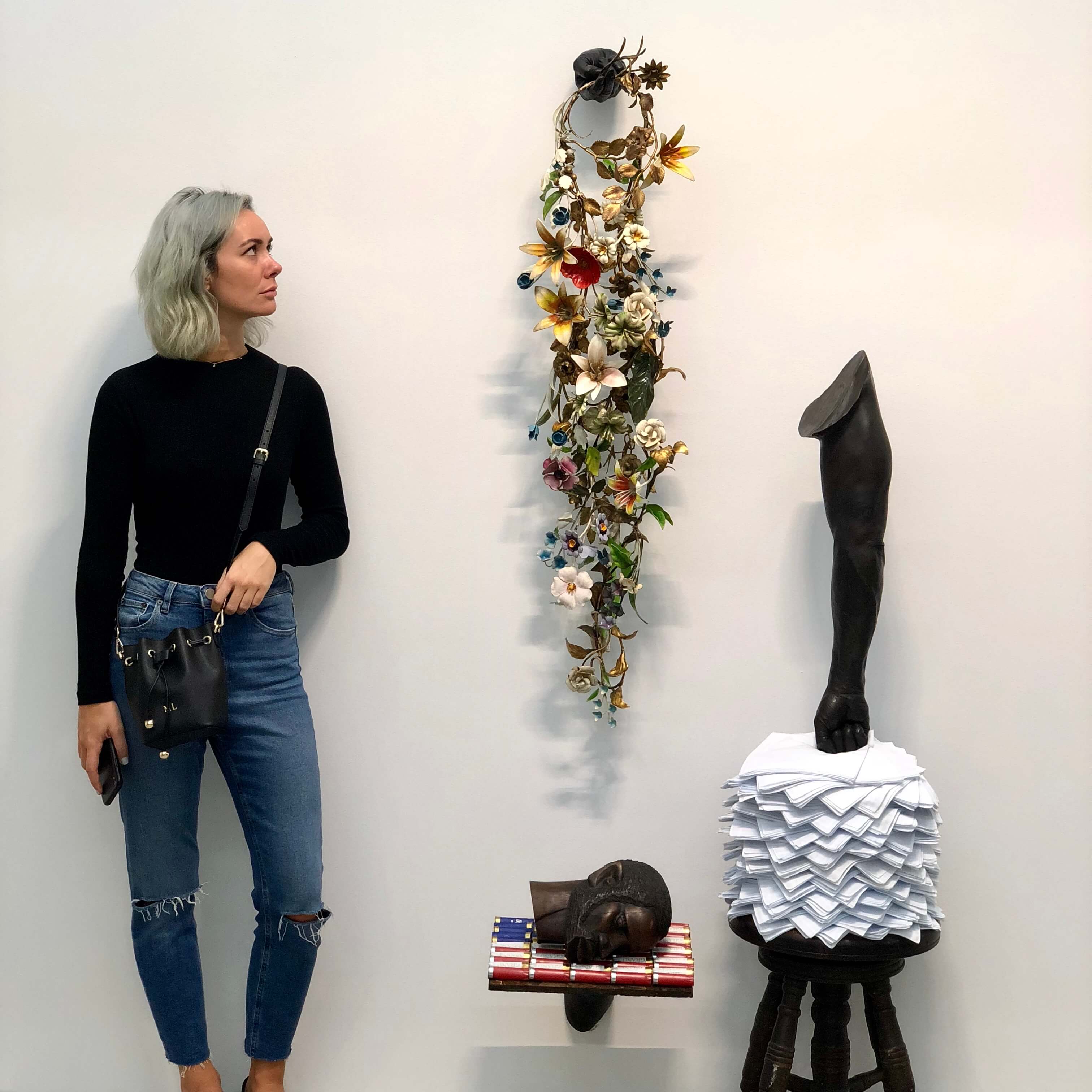 Mary Lynn Buchanan next to a work by Nick Cave from his exhibition 'If a Tree Falls' at Jack Shainman, Chelsea, NY

If a Tree Falls, Whether or Not, The Let Go

What a year Nick Cave has had.

What AD was referring to was his epic show at The Park Armory where he turned the famous venue into a dance hall - other tenants of this space are the Tefaf Art Fair as well as the Art Dealers Association of America show.

That’s a lot of action for any blockbuster artist like a Damien Hirst or Urs Fischer but Nick Cave came, saw and conquered

“Nick walks such a fine, intelligent line,” says Armory president and executive director, Rebecca Robertson. “The issues are represented there, but then he asks you to let go in a way that brings people together.”

I’m sure Jack Shainman felt the same way when he began representing Nick in 2006.

“If Weather or Not was the visual manifestation of states of mind, and The Let Go (Park Avenue Armory) an expression of states of being, If a Tree Falls explores a crucial underlying component of these personal and collective states – the state of the American nation.” - Jack Shainman Press Release

A theme that’s present throughout most of Nick’s exhibitions are gun violence and how it affects the black community.

Cave is currently a professor of fashion design at (SAIC) - School of the Art Institute of Chicago . This is no surprise since he's widely known for his amazing use of textiles.

However, these exhibitions at Jack Shainman show his incredible range with all materials - particularly these metal and wood carvings.

"Cave’s hands reaching up from below evoke the desperation of Africans wedged into the holds of slave ships." - The Brooklyn Rail

"While there may be despair, there remains space for hope and renewal. From these dismembered body parts stem delicate metal flowers, affirming the potential of new growth." - Jack Shainman Press Release

I can't wait to see what's next from this incredible artist.