In the absence of Frieze London, Gagosian trades in a solo booth for a solo exhibit of works by Nathaniel Mary Quinn that explores the concepts of identity and self-perception through portraits
Published in
Galleries 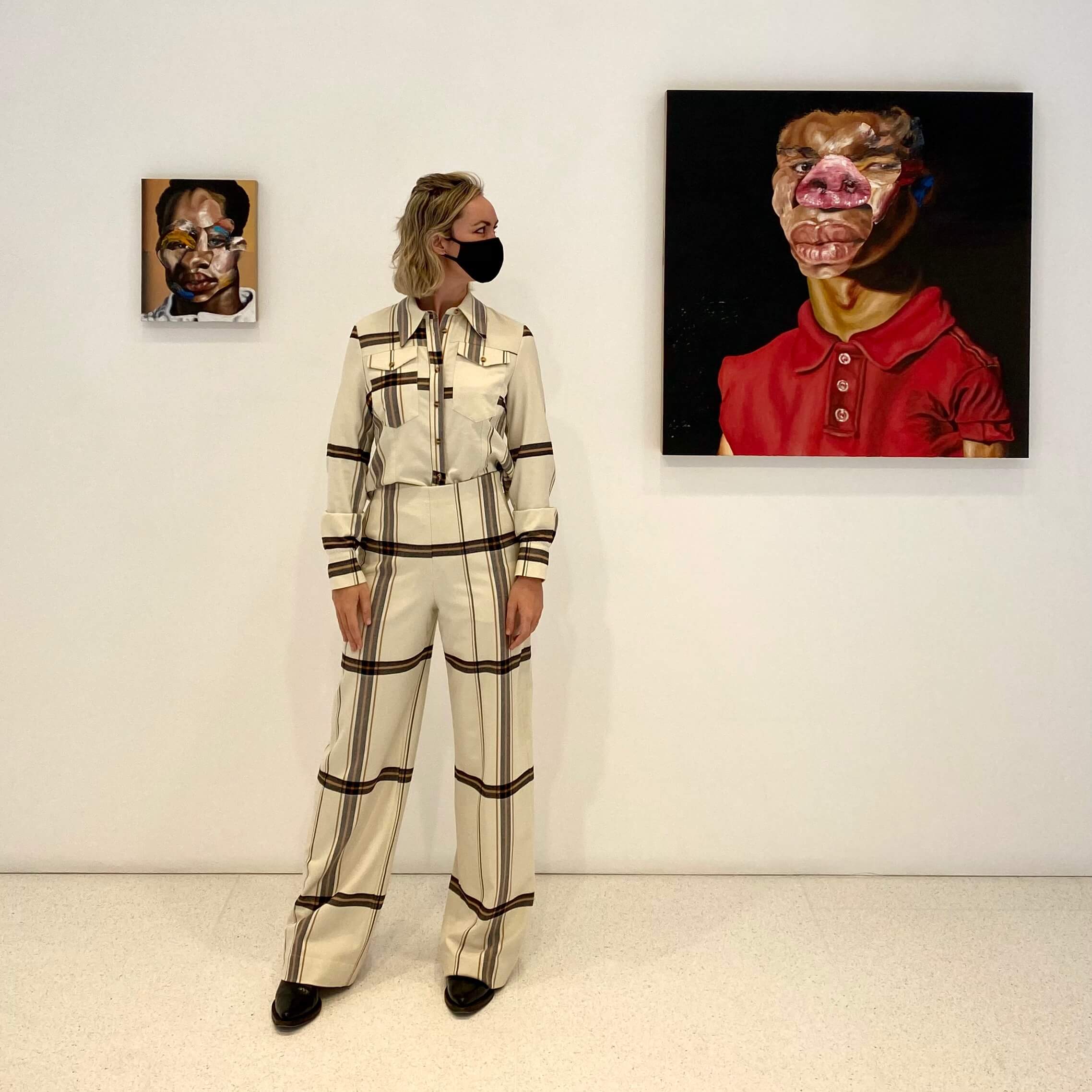 I’ve never had the pleasure of seeing an entire Nathaniel Mary Quinn exhibit, just sole works at Museums, so I was over the moon to see his current show at Gagosian Gallery’s Davies Street location in London. The exhibit is on view from October 1st –November 21st, 2020.

The exhibit was a substitute for the absence of Frieze London this year, so the gallery space served as what would have been a booth solely devoted to Quinn’s works.

Like many artists creating works during quarantine outside of their study or without the help of assistants, these works are smaller in size, with the exception of a few larger works on paper.

I’ve always been interested in Quinn’s processes, so I was happy that Gagosian went into details about the materials that Quinn uses as well as how he creates the works.

“He begins with a vision—a flash of a face from his past—that he feels compelled to translate into reality. Collecting images from magazines, newspapers, comics, and advertisements, he reimagines them as purely aesthetic snippets detached from their original contexts, before methodically reproducing each one by hand.” (source)

“I have always been interested in the ways that different groups of people view one another: how they internalize their own identities, how others perceive them, and how their own self-perceptions are physically expressed.”—Nathaniel Mary Quinn (source)

“Working with portraiture during this tumultuous and historic time, as we reckon with racial discrimination and violence in the midst of a global pandemic, requires me to consider these perceptions in an entirely new way.” —Nathaniel Mary Quinn (source)

In Quinn’s larger portraits, he tackles heavy themes such as isolation during a crisis and racial bias, particularly towards Black men.

“In Pig Target (above) and Mr. Nightmare (below) (both 2020), Quinn portrays his subjects as seen through the eyes of racist aggressors; they are dehumanized and transformed through the strategies of distortion and fragmentation into a red-clad target for slaughter, or a bestial mutant from the pages of a comic book.” (source)

About the Artist - Nathaniel Mary Quinn

He received a BA in art and psychology from Wabash College, Crawfordsville, Indiana, and an MFA from New York University.

“In his collage-like composite portraits derived from sources both personal and found, Nathaniel Mary Quinn probes the relationship between visual memory and perception.” - Gagosian Gallery (source)

"Each of us is a cacophony of experience. Not just a seamless self." —Nathaniel Mary Quinn (source)

His work is included in the collection of the Whitney Museum of American Art, the Hammer Museum, the MOCA, and the Art Institute of Chicago, and many other prestigious institutions. He’s represented by Gagosian Gallery.