In Lieu Of A Louder Love. An exhibition by Lynette Yiadom Boakye at Jack Shainman Gallery. This London based artist brings such skill to figurative painting, similar to the great Caravaggio.
Published in
Galleries 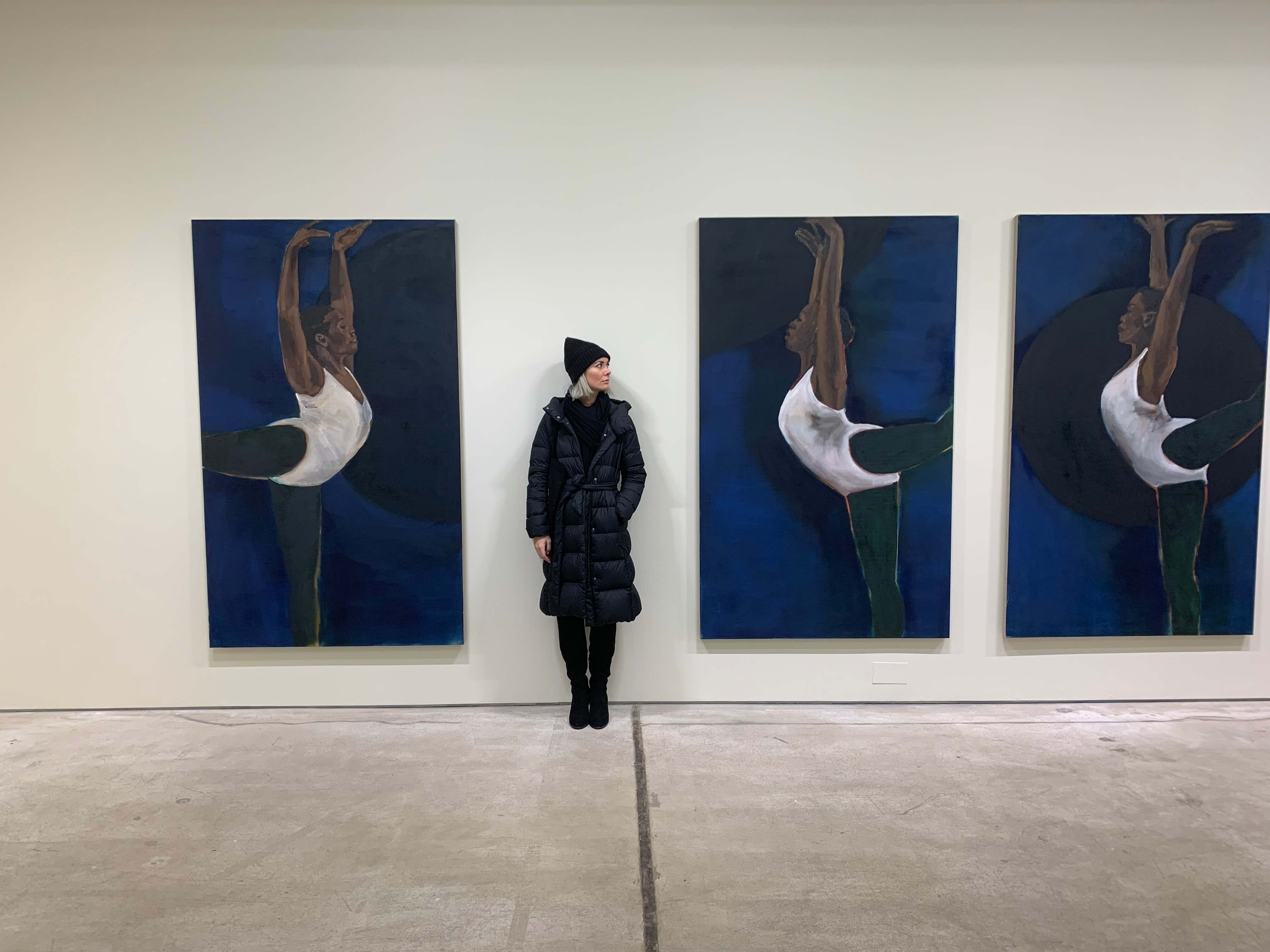 In Lieu Of A Louder Love

An exhibition by Lynette Yiadom Boakye at Jack Shainman Gallery, on view January 10 – February 16, 2019. This London based artist brings such skill to figurative painting, it almost reminds me of the great Caravaggio. The exhibition spans across both Jack Shainman locations on 20th and 24th st, in Chelsea, New York.

The exhibit consists of figurative portraits of fictional individuals, all done in an intense, muted color palette.

Vogue describes her works quite nicely

This is one of the most profound quotes I found of hers and a direction for all of culture to try and move towards. While diversity is important, too often it is celebrated when it should just be the norm, and these works are a great reminder to us all of that.

“Most are large-scale, single-figure studies whose faces, set against loosely brushed dark backgrounds, look directly at the viewer. In some, only the whiteness of eyes and teeth pulls them back from near invisibility, but the effort of looking makes them seem all the more real.” - Vogue

“In a moment of racial tension like the one America has been living through, Lynette’s characters take on a completely different weight and presence,” he says. “It’s hard not to feel implicated as a viewer—I can’t help thinking that her imagined characters are engaging with me.” - New Museum’s artistic director, Massimiliano Gioni

Another interesting thing about Lynette is that

“For an artist, she is unusual in describing herself as a writer as much as a painter—her short stories and prosy poems frequently appear in her catalogues.” - The New Yorker

In Lieu Of A Louder Love

In the Shade of Hooded Cove,

In Debt to the Dead Oak.

In Range of a Twelve Gauge,

On Embers over Smoke.

At Pains to Hold the Wanton,

At Home to all who Knock.

At Prayer on Prickly Hearth Rug,

An Eye upon the Clock.

In the Parlance of the Pilgrim,

In Hallelujah Coat and Tie.

In Soul so Black Beguiling,

That the Ravens do Carp and Cry.

In Memory of A Cipher,

At Peace beside resting Dove.

In Light of Care and Kindness,

In Lieu of A Louder Love.

She works in the permanent collections of

The Museum of Contemporary Art, Chicago

‍
If you want to dive deeper and learn more about her, here’s some great press

She’s represented by the following galleries