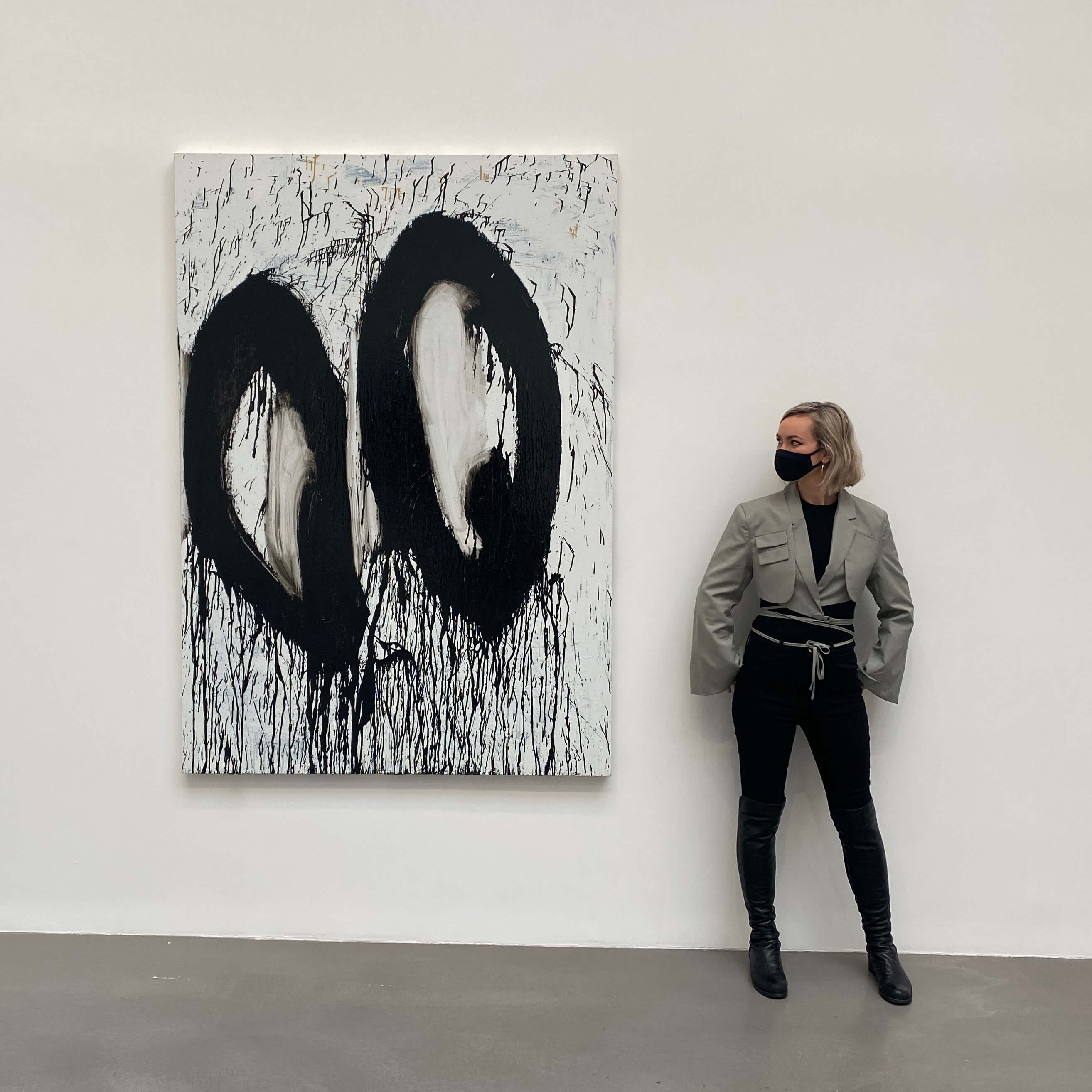 About the Exhibit - Fuggetabout It (Redux)

Fuggetabout It (Redux), is an exhibit on view at Petzel Gallery’s Chelsea location from January 15th – February 27th, 2021 that features works from the late Joyce Pensato.

Right, when you walk into the gallery you’re greeted by these large-scale works on paper made with pastels. You can probably recognize a few of the figures such as Homer Simpson.

Referencing cartoons and other symbols within Pop Culture are characteristic of Joyce’s practice. She was known for combining Pop culture lives and Abstract Expressionism.

The next room features a representation of what her studio in Williamsburg looked like. She had the same studio space for thirty-two years, ultimately losing it in a landlord/tenant dispute in 2011. Shortly after, In 2012 she premiered ‘Fuggetabout It’-  the original exhibit featuring the objects from her studio at Petzel Gallery. Pensato passed away last year so this is a tribute to her estate.

Prior to this exhibit, Fuggetabout It, has been displayed in 2014 and 2017, but hasn’t been since the artist passed.

The largest room of the exhibit features her “eyeball” paintings. They’re inspired by the cartoon characters Felix the Cat, Krazy Kat, and Sesame Street’s Elmo.

“In these paintings the eyeballs appear in various iterations as astonished, frightened, diabolical, pleading, paranoid, or befuddled” (source)

“Keep in mind that I am working from images that are already distorted. I also think about the expression I want to use; for example, scary, dumb or sad. The images have to have life. I just keep working and changing the image until it feels right. I erase a lot. It’s like measuring. The expression has to be the way I want. It is like action painting but it’s not just about the action or abstract expressionism.” - Joyce Pensato (source)

Video Walkthrough of the Exhibit

To see a walkthrough of the exhibit, skip ahead to 4:39 in the video below.

About the Artist - Joyce Pensato

“The artist was best known for her paintings and drawings which employed a familiar cast of cartoon characters, including Mickey and Minnie Mouse; Donald and Daisy Duck; Batman; Felix the Cat; Homer, Bart, Marge, and Lisa Simpson; and the characters Stan and Cartman from the series “South Park.” (source)

“Pensato was committed to her baleful transmutation of American cartoon culture—employing her fast, assured, and gestural hand—to shed light on the arguable darkness lurking within our familiar Pop iconography through her own Abstract Expressionist technique” (source)

The New York Times once described Pensato as the artist that made Cartoons complicated, and these paintings certainly reflect that. See the article here.