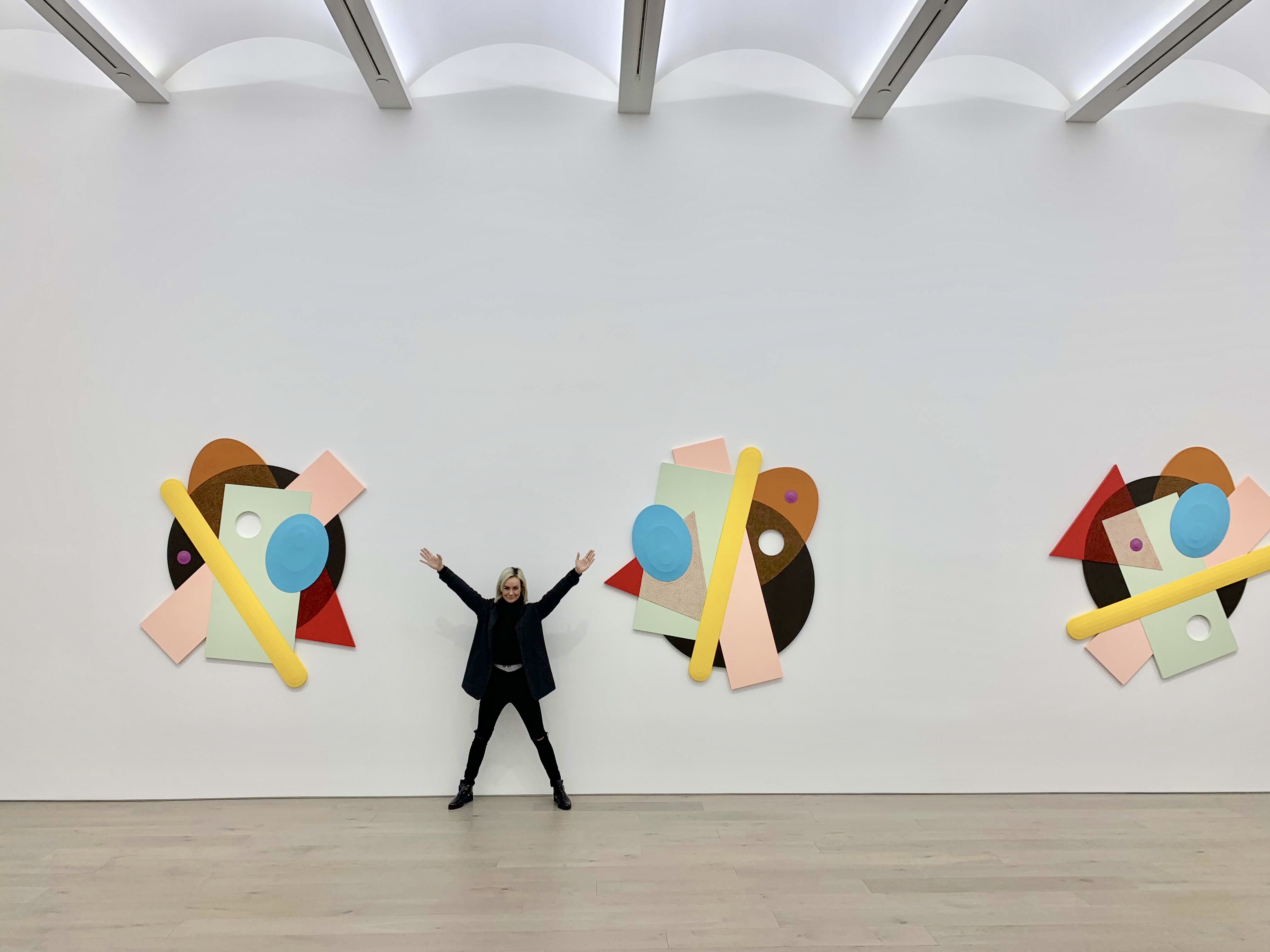 Josh Sperling’s latest exhibit at Galerie Perrotin, on view January 12th - February 16th, 2019, is a very Instagrammable exhibition...which was apparent by the flocks of art lovers that came out on a Saturday to pose in front of the colorful paintings (myself included).

While Josh is a native New Yorker, this is his first exhibition with Perrotin New York location, even though he’s had shows at their Seoul and Paris locales. Welcome home Josh, hopefully this gave him major bragging rights to his childhood friends.

Similar to Franz West’s creation of the ‘Adaptive’ - which are basically a fancy description for his organic, abstract sculptures, Sperling has dubbed his squiggly works as ‘composites.’

“If Sperling’s unique technique of shaping canvases to create relief from the wall has been classified as painting tending towards sculpture, then here, with scale and architectural space as conditioning factors, the result is painting and sculpture tending towards environment.” - Press Release

Either way, it’s impressive that Sperling can create these organic shapes from bent wood (similar to how you make a kayak or wooden aircraft) over which he stretches canvas and then paints them.

It’s no surprise he’s developed this unique technique since  his background is actually in furniture making and graphic design. He’s had monumental success for being such a young artist (35 years old), having solo shows with the following galleries

Josh is represented by Perrotin.

Sperling is childhood friends with Artist Sam Friedman, who’s had shows at Arsham Fieg Gallery (aka Daniel Arsham, another artist represented by Perrotin). Sam is represented by one of the coolest galleries ever (IMO), Library Street Collective, and Joshua Linear Gallery.

Sam does a great interview with Josh about this exhibition in Juxtapoz Mag and it wouldn’t be a trendy Perrotin exhibition if it wasn’t covered by Hypebeast.

Get excited! This year he’s making continual rounds at Perrotin’s global locations in Tokyo in July and Paris in October.