Josh Smith's exhibit, Spectre, at David Zwirner's London Gallery, captures the beauty in a deserted New York Neighborhood during Covid, and the peace it offered from a usually bustling pace
Published in
Galleries 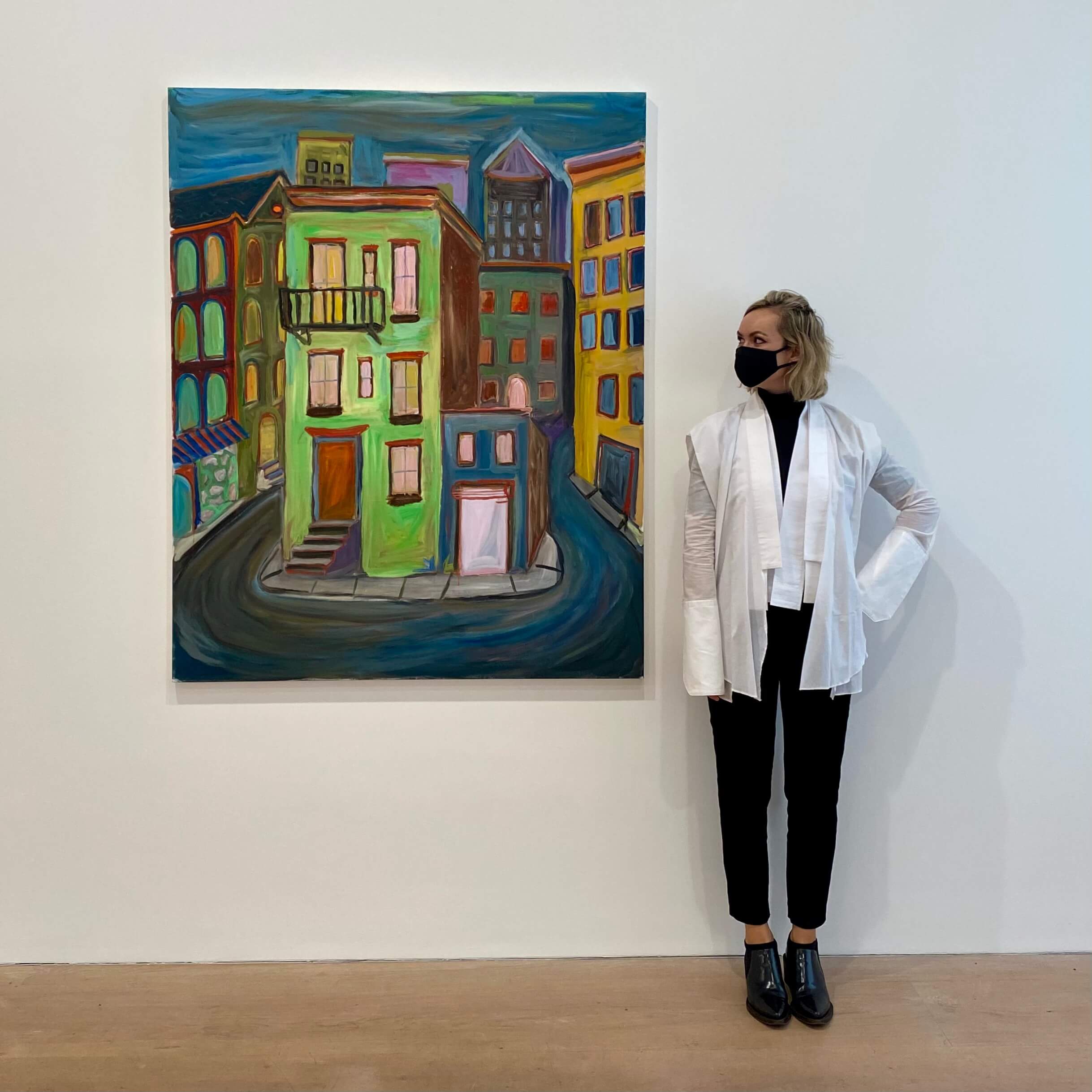 About the Exhibit - Spectre

Josh Smith’s exhibit, Spectre, at David Zwirner’s London location as well as his 79th street location in New York were created by Smith during the quarantine in New York City in March.

The streets depicted are of the deserted East Village in New York, which were created from Josh Smith’s newfound peace in the shutdown city. The exhibit is on view from September 15th until October 31st, 2020.

“The first group of 10 paintings was a surprise. I was not expecting to make anything. Then these paintings came. The air was so clean. Without all the cars and the people, I could look up and see where I was. It was soft and not threatening. What I saw calmed me down. I had not felt like that for 20 years. The colors, the edges, the relationships of things, appeared with clarity.” - Josh Smith (source)

“When COVID hit...I [had] so much solitary free time and no looming deadlines, painting became a light and easy activity. I changed. I was a new person. I was working happily in the daytime. Like a kid would.” - Josh Smith (source)

“With everything I do with art, I need to make a step. Whether I go forward or backward, I need to change something. With nothing at stake I decided to scale up the idea.” - Josh Smith (source)

"Embracing the change that was taking place in the paintings was the key. It was a matter of learning to appreciate, rather than attempting to override, the darker, more congested mood that was emerging. I let it go the way it was going naturally. This was freeing."  - Josh Smith (source)

Josh Smith went on a journey when creating these paintings that’s all too familiar to the rest of the world right now. Freedom, fear, anxiety, depression...it’s impossible to not have experienced at least one of these emotions during Covid, if not all.

We can only hope to have as good of an (emotional) outcome as Smith, who found that after going through the past six months he’s grown substantially as an artist by pushing himself past his comfort zone and it’s beautifully reflected in this exhibit.

To see a walkthrough of David Zwirner gallery in London skip ahead to 8:12.

About the Artist - Josh Smith

Josh Smith is an American artist who lives and works in New York. He attended Miami University and the University of Tennessee.