Jordan Casteel at The New Museum 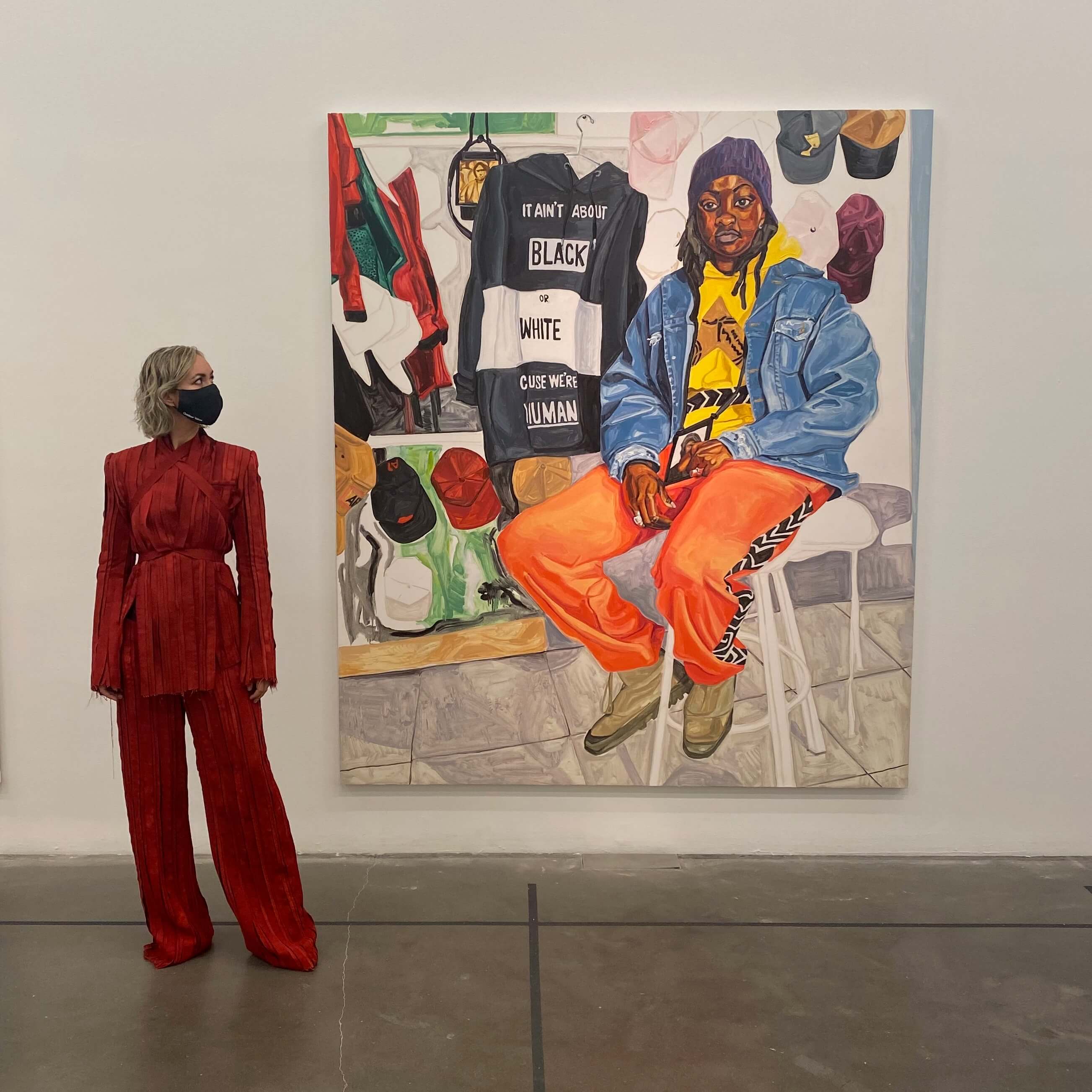 Jordan Casteel at The New Museum

About the Exhibit - Within Reach

Jordan Casteel’s first solo museum exhibit in New York, at The New Museum, consists of 40 paintings she’s created throughout her lifetime as well as recent portraits.

This is especially impressive considering Casteel is a mere 31 years old. That’s right, Casteel was born in 1989 and has already solidified herself in the art world with her striking portraits.

In fact, if you thought some of these works look familiar, it’s probably because a painting of hers graced the September cover of Vogue, US.

“Casteel insists upon the ordinary, offering scenes with both the informality of a snapshot and the frontality of an official portrait.” (source)

Casteel’s paintings often feel so personal because they are. Many are of her “former classmates at Yale, where she earned an MFA; street vendors and neighbors near her home in Harlem; and her own students at Rutgers University.”

“These environments have shaped who I am—in particular, the people who have occupied those spaces with me and have transformed my understanding of community and family. Through painting, I have the opportunity to honor the landscape of my life and all the people who have played a huge part in it.” - Jordan Casteel (source)

“In these richly colorful works, Casteel draws upon ongoing conversations on portraiture that encompass race, gender, and subjectivity” (source)

“Casteel’s subjects, who are frequently black men looking directly at the viewer, are self-possessed and casually posed, but, as they stare in the distance, they also seem to ponder questions about masculinity and class, belonging and displacement.” (source)

“In the exchange of gazes between the sitters, the artist, and the viewers, her paintings blur impulses and aspirations to compose a nuanced portrait of daily life in the US.” (source)

My favorites of the exhibit are her portraits of black men, portrayed with blue skin, “challenging conventional depictions of blackness.”

“She researched extensively, absorbing how the black male body had been sexualized and criminalized in this country. Her paintings would not show her subjects’ genitals, she decided. Skin tones merged pinks with browns, greens, and purples; perceiving blackness, her work implies, is not a simple matter.” - Vogue (source)

“It is through empathy that we gain an understanding of the lives of others. Portrait painting throughout history has allowed us a certain vantage point. There is always a story to be told, and those I am sharing are pushing against—and building upon—a history that often negated the value of black and brown bodies.” - Jordan Casteel (source)

“From the inception of a painting until its completion, I am making decisions that will inform how I want the works to be consumed, perceived, and experienced. How can I use scale to reinforce my investigations of color, line, subject, and space?” - Jordan Casteel (source)

About the Artist - Jordan Casteel

Jordan Casteel lives and works in New York City. She received her BA from Agnes Scott College and her MFA from Yale.

“[Jordan Casteel] has profound empathy for the inner lives and consciousness of her subjects, [she’s] prepared to take a rightful place on the front lines of contemporary painting.” - Jerry Saltz (source)

Casteel is an Assistant Professor of Painting in the Department of Arts, Culture, and Media at Rutgers University-Newark.