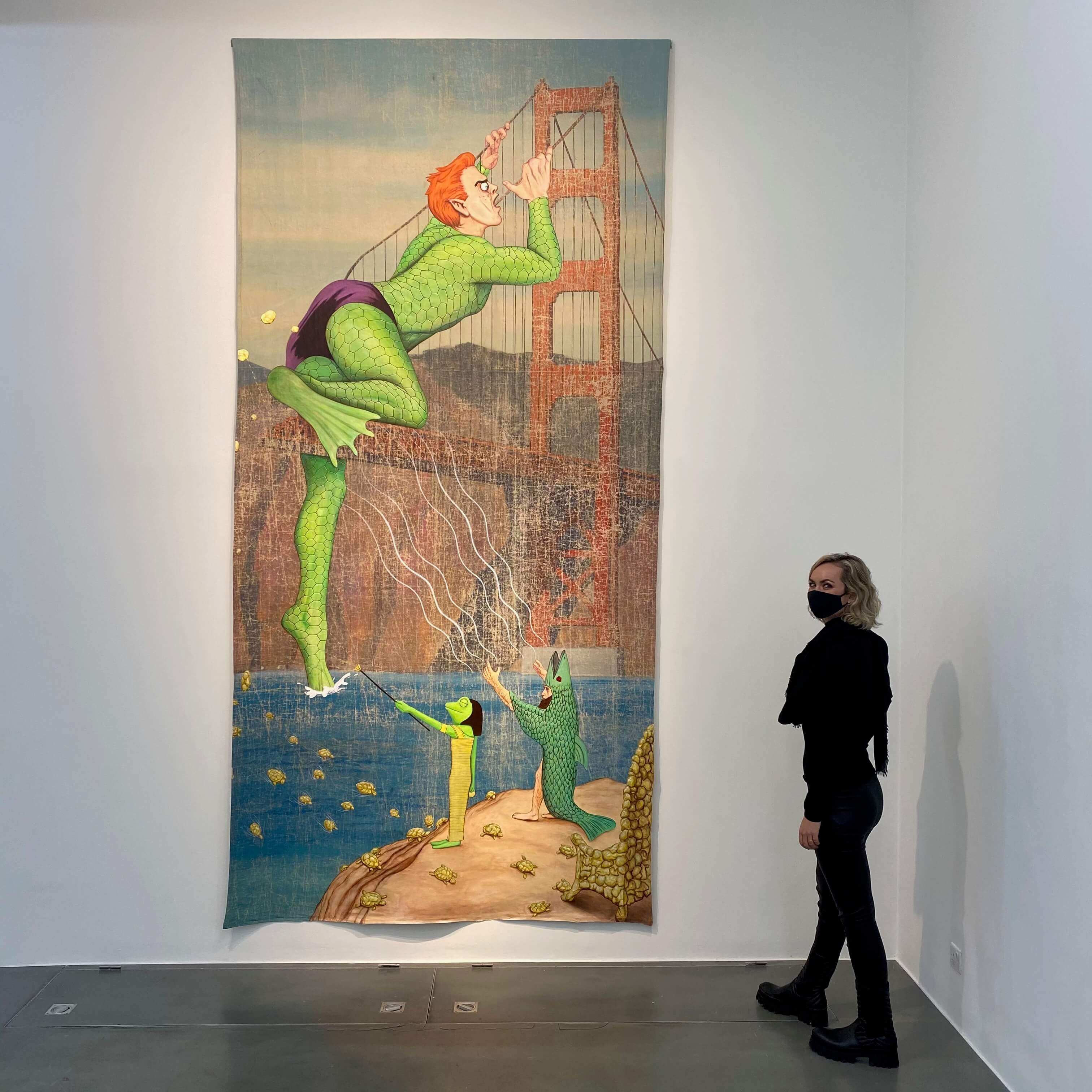 About the Exhibit - Hope Against Hope

The timing for this exhibit couldn’t be more perfect as we get closer to the United States presidential election. While the event creates anxiety in the hearts of most, Shaw’s humorous delivery softens the blow. However, politics isn’t the only thing Shaw depicts in these works, he touches on key themes of capitalism and social inequality.

“In these latest works...Shaw plays on oppositions: alluding to past events in service of urgent commentary on our fraught present and blending fiction with reality in order to highlight the fantastic state of contemporary American life.”  (source)

‘One Percent for Art,’ (below) highlights how the art world makes peace with gross inequality by making deals with real estate developers in exchange for public art fund support.

“Percent-for-art programmes require a portion of the budget of large-scale development projects be allocated to fund public art and installations; as a result, in cities such as Los Angeles and New York, sweeping avenues and corporate plazas play host to countless classic abstract sculptures - an Alexander Calder stabile, for example – symbols of wealth and power.”  (source)

“The ‘1 percent’, a term that also references the wealthiest echelon of society, implies divide and excess, in order to highlight, in this case, the art world’s tolerance for inequity, and the increasing inaccessibility of culture to those of a lower socio-economic bracket – the irony of the artist’s own participation in what he perceives as a toxic gallery system that predicates cultural access on status and riches is not lost here.” (source)

My favorite work from the exhibit is below. I couldn’t help but be drawn to the Edward Gorey inspired, victorian depiction of Trump and Melania.

“The artist boldly imagines Donald J. Trump, President of the United States, and his wife, Melania, descending an escalator into Dante’s Ninth Circle of Hell to find a group of traitors, some of them discarded former aides, frozen alongside Satan in a sea of ice. Shaw’s monsters and villains, whether real or fictional, are larger than life” (source)

About the Artist - Jim Shaw

Jim Shaw is an American artist who lives and works in LA. Shaw received his B.F.A. from University of Michigan and his M.F.A. from the California Institute of the Arts.

“The surrealist superimposition of seemingly unrelated images is a central factor in my work, along with the random chance aspect of collage, but also, there is a steady use of visual puns, a rhyming of like forms that in my mind echoes the logic of dreams and the basis of political cartooning.” - Jim Shaw (source)

Shaw was a founding member of the punk rock band, Destroy All Monsters, along with Niagara and Mike Kelley.