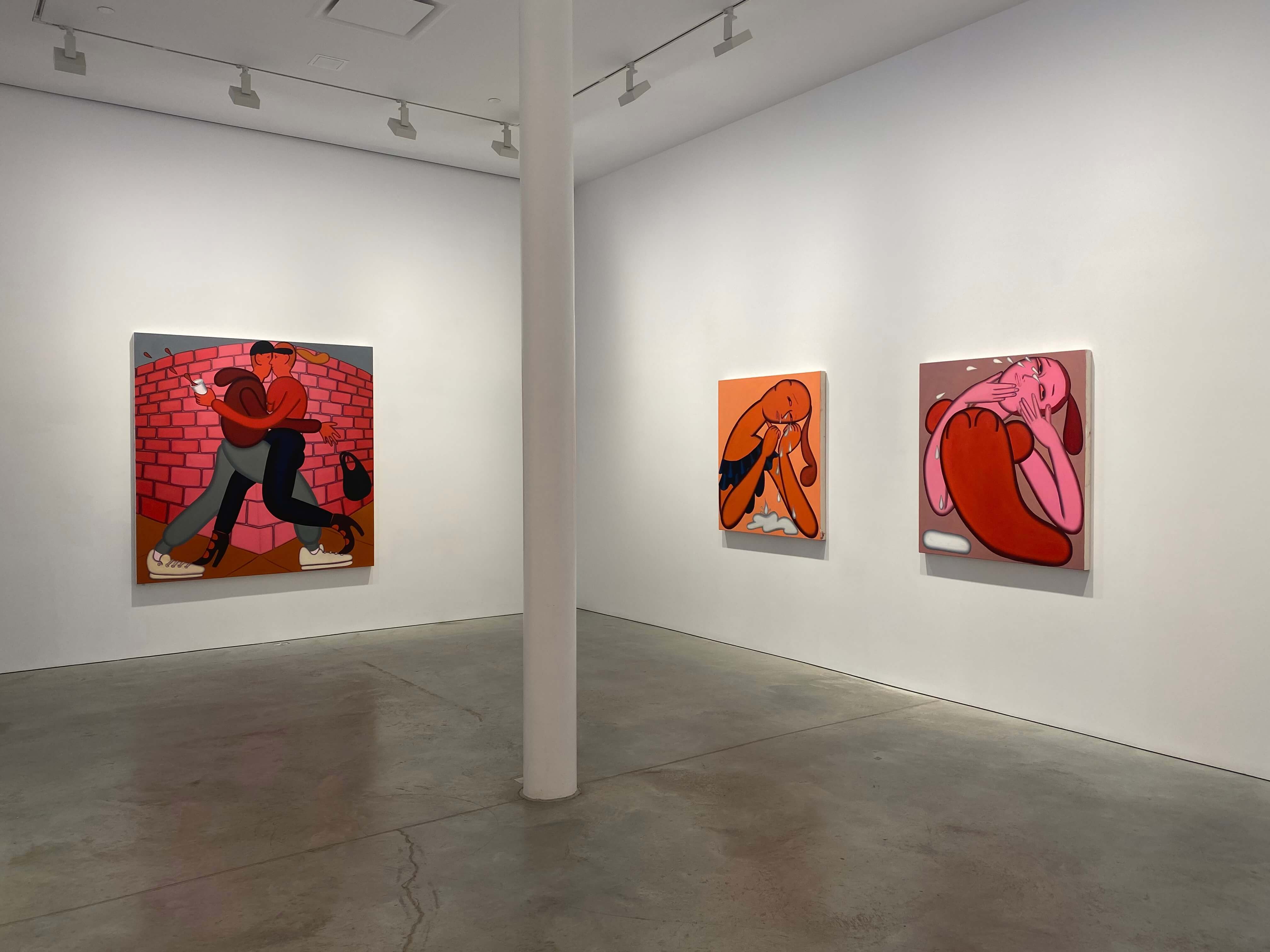 About the Exhibit - Steps

It’s been two years since Grace Weaver’s last exhibit at James Cohan, so I was SO excited to see the press release for her show Steps, on view now July 15th – September 12th, 2020.

This exhibit will run in parallel with another exhibit of Weaver’s drawings at Cohan’s Grand St. location in the Lower East Side.

“In the paintings that comprise Grace Weaver’s aptly-titled exhibition STEPS, people on the move in the busy city rush up stairs and tumble down them. They collide abruptly on the sidewalk, run through the streets, and stomp each other’s feet. Observing this collection of steps and missteps, a panoply of related idioms spring to mind, all of them evoking feelings of instability, awkwardness, or failure—key themes within Weaver’s work.” - curator Susan Thompson (source)

“In her striking portrayals of the tragicomic every day, Grace Weaver examines the charged social and cultural conditions that underlie self-concept, intimacy, and individual experience.” (source)

“In this new body of work, it is apparent that the emotional stakes have been raised: while the earlier work mined the subtleties of minor quotidian anxieties, the new work is much less ambiguous in its exploration of the human psyche.” - curator Susan Thompson (source)

“I’ve always been interested in very, very subtle emotional territory, like a painting of someone being passive-aggressive or subtly self-conscious—these tiny, non-grand emotions, in these paintings, I want to push that type of discomfort into a feeling of failure. Or the feeling of failing and then watching yourself being watched failing.” - Grace Weaver (source)

“In her work, the body itself becomes scenario: playful, sweeping lines and dense planes of luminous color act as linguistic elements, each directing its own physical weight and affect onto her female subjects.” (source)

About the Artist - Grace Weaver

She received an MFA from Virginia Commonwealth University in 2015.

“The protagonists in Weaver’s solitary female portraits are not necessarily drawn from life—rather, the artist considers them archetypes of feminine self-presentation. They are pictured in once-private spaces of preparation—the kitchen, the vanity mirror—that have become semi-public.” (source)