Giacomett was an artist in the truest sense, because he could never stop creating. The shear amount of artworks on display in this exhibit is evidence of that.
Published in
Museums 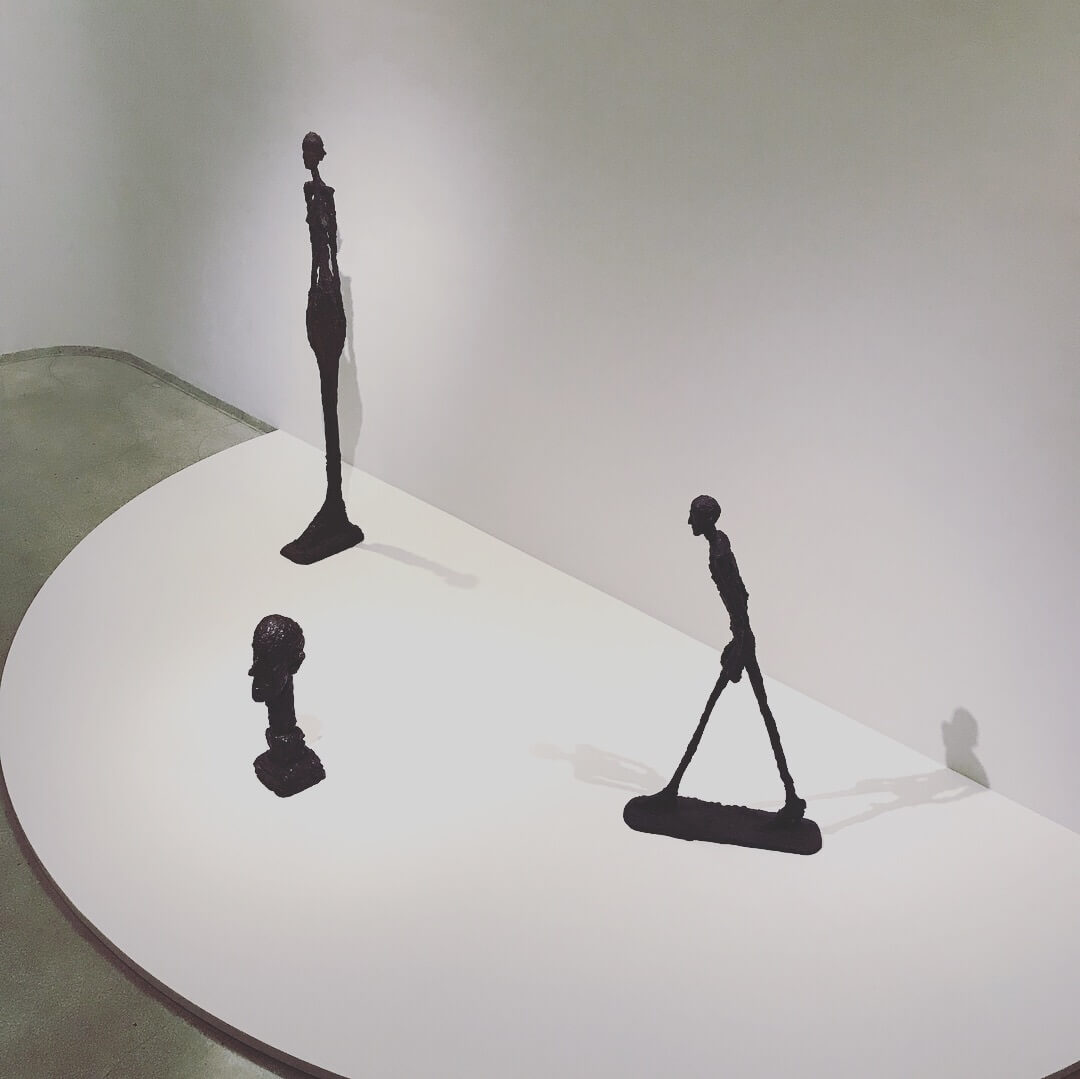 If you only learn one thing about Giacometti when reading this, you should know he was an artist in the truest sense, because he could never stop creating. He was always sculpting, always working on his craft.

The sheer amount of artworks on display in this exhibit is evidence of that.

I love exhibitions at the Guggenheim becuase moving from floor to floor is almost seamless thanks to the spiral stariwell (thanks Frank Lloyd Wright).

"The human face is as strange to me as a countenance, which, the more one looks at it, the more it closes itself off and escapes by the steps of unknown stairways" - Giacometti

As you walk the exhibition you see Geocometti's evolution from the popular cubism-inspired sculptures of his time, into the style he's known for in art history (tall, skinny, bronze cast works).

"If I see everything in gray, and in gray all the colors which I experience and which I would like to reproduce, then why should I use any other color?" - Giacometti

"All the sculptures of today, like those of the past, will end one day in pieces... So it is important to fashion ones work carefully in its smallest recess and charge every particle of matter with life." - Giacometti

The exhibition featured not only his sculptures but paintings as well.

"At the Guggenheim, it is the first in a terrific selection of paintings and drawings that have raised my opinion of his two-dimensional work, which unfortunately is far better known for the monotonous and largely mud-colored monochrome, ritualistic portraits from his later years, for which he demanded direct gazes from his sitters as he excavated their heads in pictorial space." - Peter Schjeldahl for The New Yorker

"He was an artist, not a priest or a wizard, and his peculiar talents shine most clearly when you pay attention to the man behind the curtain.” - The Financial Times

"Like so many of Giacometti’s early surrealist works, it’s striking in its simplicity, simultaneously grotesque and seductive. It’s hard not to see his influence on later artists like Louise Bourgeois." - The Observer

"What Giacometti is grappling with is how to express an intensity of being, of existing, in a world blackened and choked by brutality." - The Culture Concept

And on that note....what did you think of the exhibit?