Despite having lived/worked alongside famous artists such as Basquiat, Warhol and Keith Haring, it wasn't until this past decade that Condo is getting the renown he deserves
Published in
Galleries 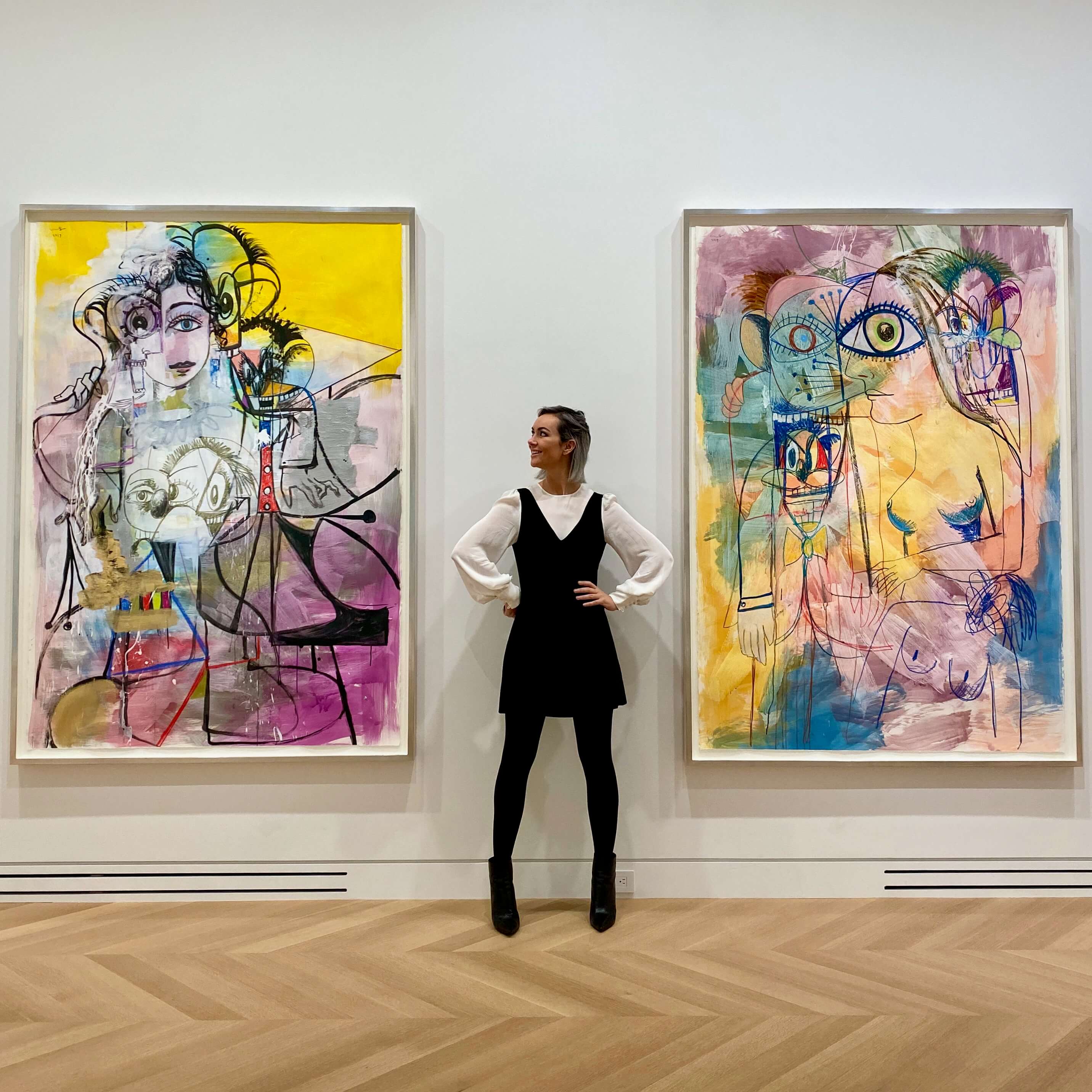 About the Exhibit - Paintings & Works on Paper

I will go out on a limb and say Skarstedt’s 64th street location is the most beautiful gallery in New York City.

It spans over two floors with many rooms, which could be intimidating for anything other than a world-renowned blue-chip artist, but Condo took advantage of each space, bringing us his signature large=scale paintings, but also some incredible new paintings on paper, which may be his best work yet.

The “works on paper feature ravishingly beautiful surfaces built up from layer upon layer of gesso, ink washes and metallic paints.”  (source)

In a room on the second floor, three larger-than-life paintings dominate the scene, measuring in at 11 x 10 feet each.

In another room on the second floor, Condo features The Black Paintings - “dark existential compositions exploring the artists own autobiographical experiences which have influenced his approach to painting.”  (source)

These paintings “reflect our conflicting thoughts about today’s geopolitical landscape where one is literally pushed to the edge attempting to figure out how to put life as we thought we knew it back in order.”  (source)

About the Artist - George Condo

Condo studied art history and music theory at the University of Massachusetts Lowell. He met Basquiat in 1979 when Basquiat's band Gray opened for Condo’s (where he was a bassist) and he shortly after moved to New York City where he lives and works to this day. His first job in NYC was working as a screen printer in Andy Warhol’s factory.

“When I worked at the Factory, he was so in control of everything all the time. Regardless of whether he did it or not, he would tell you exactly what shade of orange he wanted. There was a cabinet where I’d have to go grab the paint. The paint cans were all labeled, like, “Liz Taylor Green” or “Marilyn Orange 1962.” Sometimes he’d say, “Don’t use the Marilyn lip on her. She doesn’t deserve them.” (Source)

Condo is famous for ‘Psychological Cubism,’ which is why, among many reasons he can be considered the Picasso of our time.

“Condo focuses on ‘mental states,’ different emotions, and psychological conditions that he attempts to represent by merging them into each other.”  - Klaus Ottmann (source)

“There’s little doubt he has got better with age, he has reached a new level of maturity and excellence, in terms of his ideas, his sense of composition and skills in execution.” - Christies (source)

“Some of his biggest influences are Dürer, Cubism, Picasso, and American Pop culture,” - Klaus Ottmann (source)

If you still can’t figure out where you know his work from, it’s probably from Kanye West’s album cover for ‘My Beautiful Dark Twisted Fantasy’ released in 2010. He created 5 different album covers for the artist. It’s kind of crazy to think at that time Hypebeast said “George Condo may not be a household name …” (source), not YET at least, he certainly is now.