Gary Simmons takes racist cartoons from American pop culture and erases them, in order to re-educate society about these racial stereotypes.
Published in
Galleries 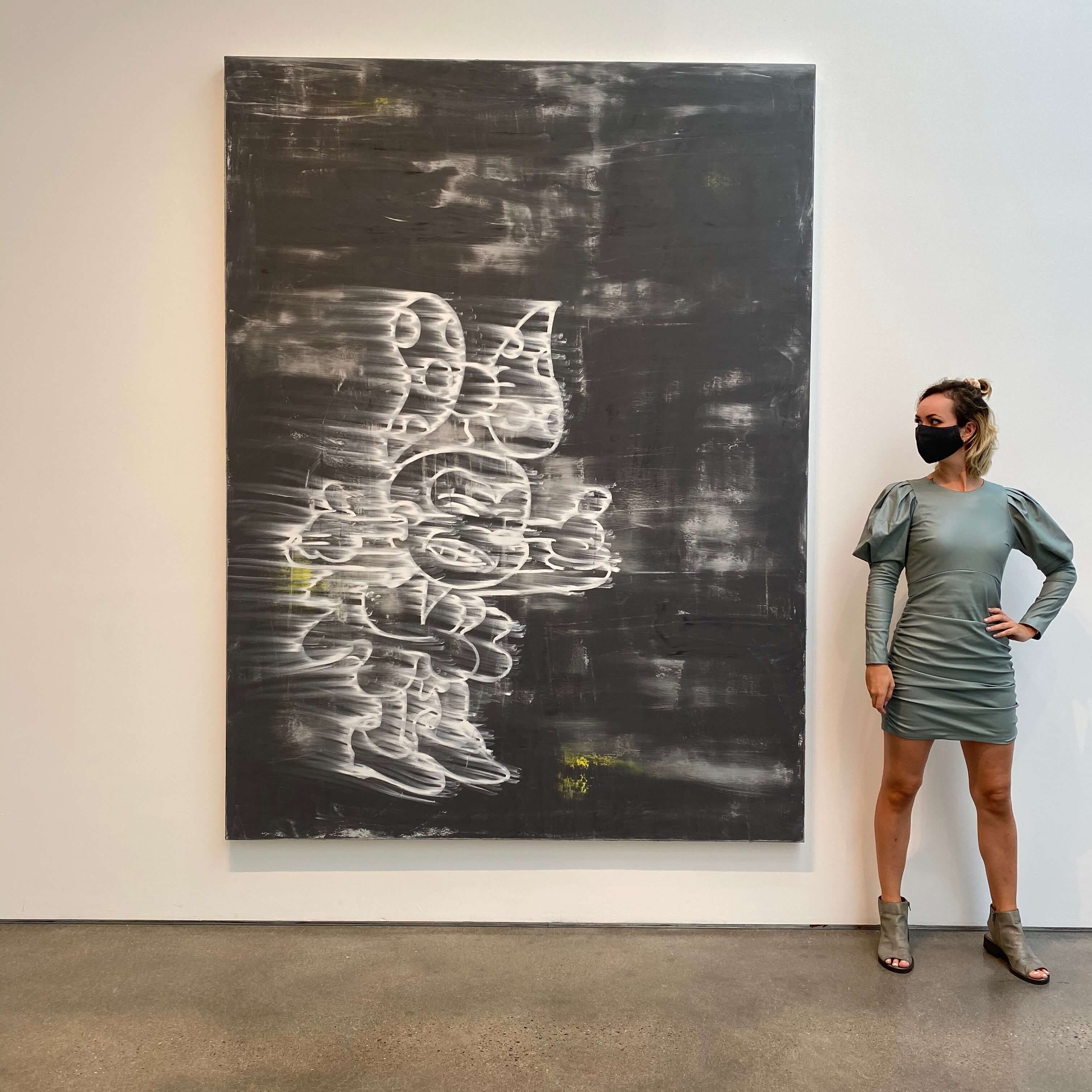 About the Exhibit - Screaming into the Ether

“The twenty new paintings on view reconsider his signature “erasure” technique and the racist cartoon characters Simmons first appropriated in his renowned chalkboard drawings from the early 1990s.”  (source)

“Introduced to movie theater audiences in 1930, the three characters were degrading caricatures of black Americans based heavily on minstrelsy.”  (source)

“These caricatures refer to when the black stereotype in media was a slap-happy, carefree, musical entertainer. The erasing attempts make the images ethereal and almost ghost like” (source)

Simmons uses his hands to blur the images on the canvas, representing “the persistence of racial stereotypes and how deeply embedded they are in our memories.”

“When you’re young, you kind of bounce from thing to thing and you never totally get done. I was working on some film-based stuff and thought, ‘I don’t think I’m done with these cartoons yet.' They’ve always been attached to me, so I started to sheepishly bring them back, little by little. Now they’re fully back, and it’s like being with an old friend.” - Gary Simmons (source)

About the Artist - Gary Simmons

Gary Simmons is an American artist from New York City.

“Using icons and stereotypes of American popular culture, he creates works that address personal and collective experiences of race and class. (source)”

Simmons received his BFA from SVA (School of Visual Arts) and his MFA from CalArts.

Simmons is best known for his “Erasures series”.