First of all I'd just like to say that not only is Frieze New York, a great art fair...it's SO MUCH FUN. Similar to UNTITLED Art Fair in Miami, a temporary tent is constructed to house the 100+ booths
Published in
Art Fairs 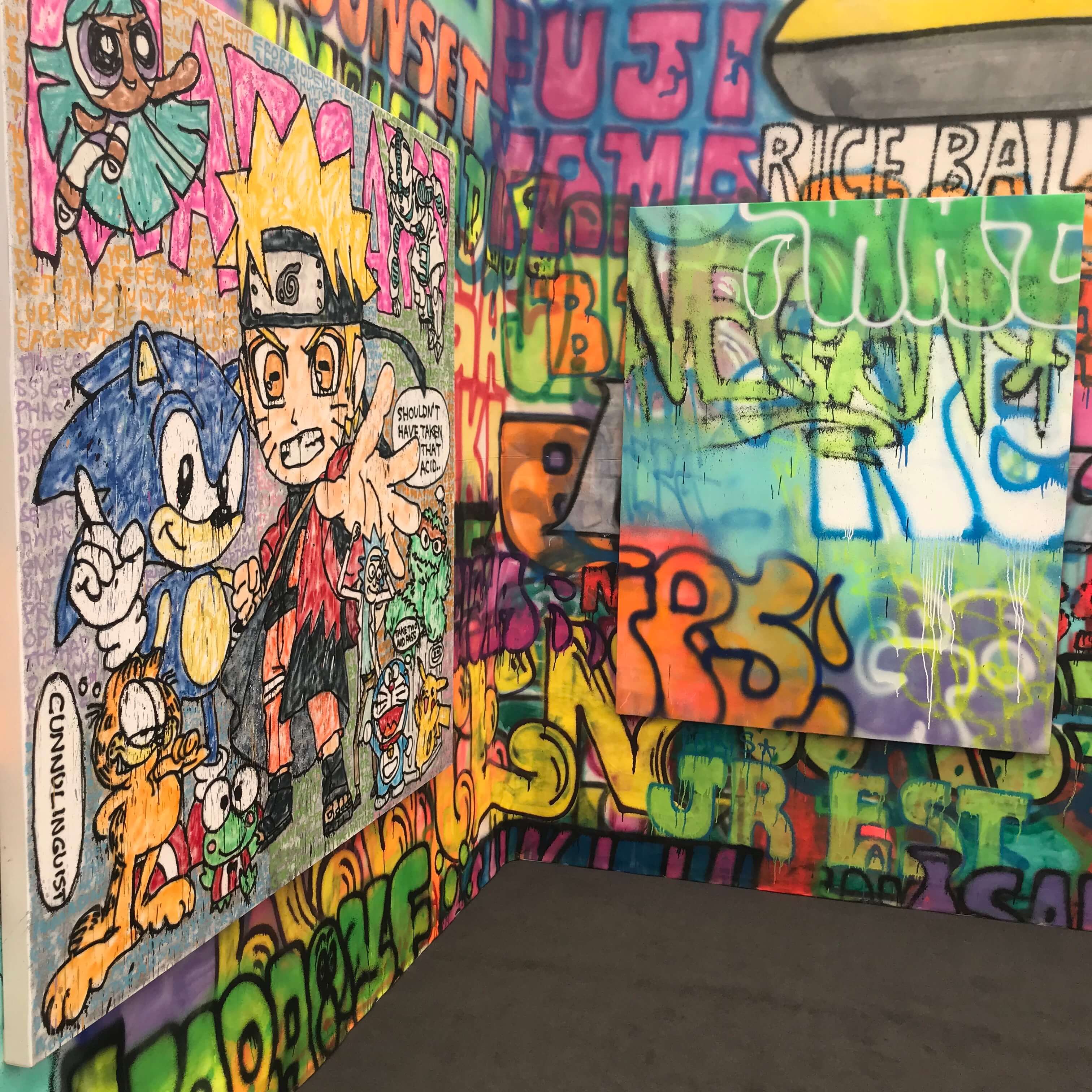 First of all I'd just like to say that not only is Frieze New York, a great art fair...it's SO MUCH FUN. Similar to UNTITLED Art Fair in Miami, a temporary tent is constructed to house the 100+ booths, and you have to travel by either very expensive Uber, long long subway ride and then a bus, or by ferry (my personal choice).

Hint hint, I suggest packing a bottle or rosé to enjoy on the boat ride over and you'll be there in no time.

Unfortunately after a lovely ferry ride, when we got to the fair we discovered the air conditioning was broken. And considering the fair is in May..this is kind of a big deal.

As you can see below (in the stripped jumpsuit), I'm quite sweaty..but It's ok because what I saw was so worth it.

Thankfully Frieze has a great collection of food and drinks to take a break with, from the art-world-favorite, Sant Ambroeus, to NY favorite - Roberta's Pizza.

Lyles and King filled their booth with works by Mira Schor and her 'Unseen Dick Paintings.' Frieze did a great video interview with her (below).

It wouldn't be a Perrotin booth if the cool-squad (eg. JR, KAWS, Daniel Arsham and Takashi Murakami) didn't show up somewhere.

Perrotin came out to play with works by Takashi Murakami...and LOTS of famous people took pictures in front of them (see below).

Probably one of my favorite things about an art rair's is the unexpected celebrity spottings. This year I saw Art-World-Regular Swiss Beatz, and Princess Beatrice of York.

Other than the superfciciality and gleeful feelign of seeing a celebrity, I love getting to engage with a gallery that I only ever see at fairs, since their home base is so far from New York. A great example of this is The Breeder - based in Athens, Greece.

Gina Beavers is an amazing emerging artists who's had her works on exhibit at places like The Hole and many more.

Another incredible gallery I'd never heard of prior to Frieze was lokal_30 from Poland. The works they brought by Ewa Juszkiewicz (above and below) are so gorgeous.

David Zwirner devoted almost an entire booth to drawings by artist Raymond Pettibon, which was an unexpected but enjoyable suprise.

Stefan Brüggemann at Parra and Romero's Booth (from Spain - above).

The big New York galleries such as David Zwirner, really went to town at Frieze with not one, but two (maybe even three?) booths. This is pretty incredible considering a booth at Frieze New York can start at $50,000.

The work above is by Jordan Wolfson at David Zwirner's second booth.

I didn't get the booth or artist name for the work above (shame on me) but I still love it and wanted to share...because wine.

See you all next year! 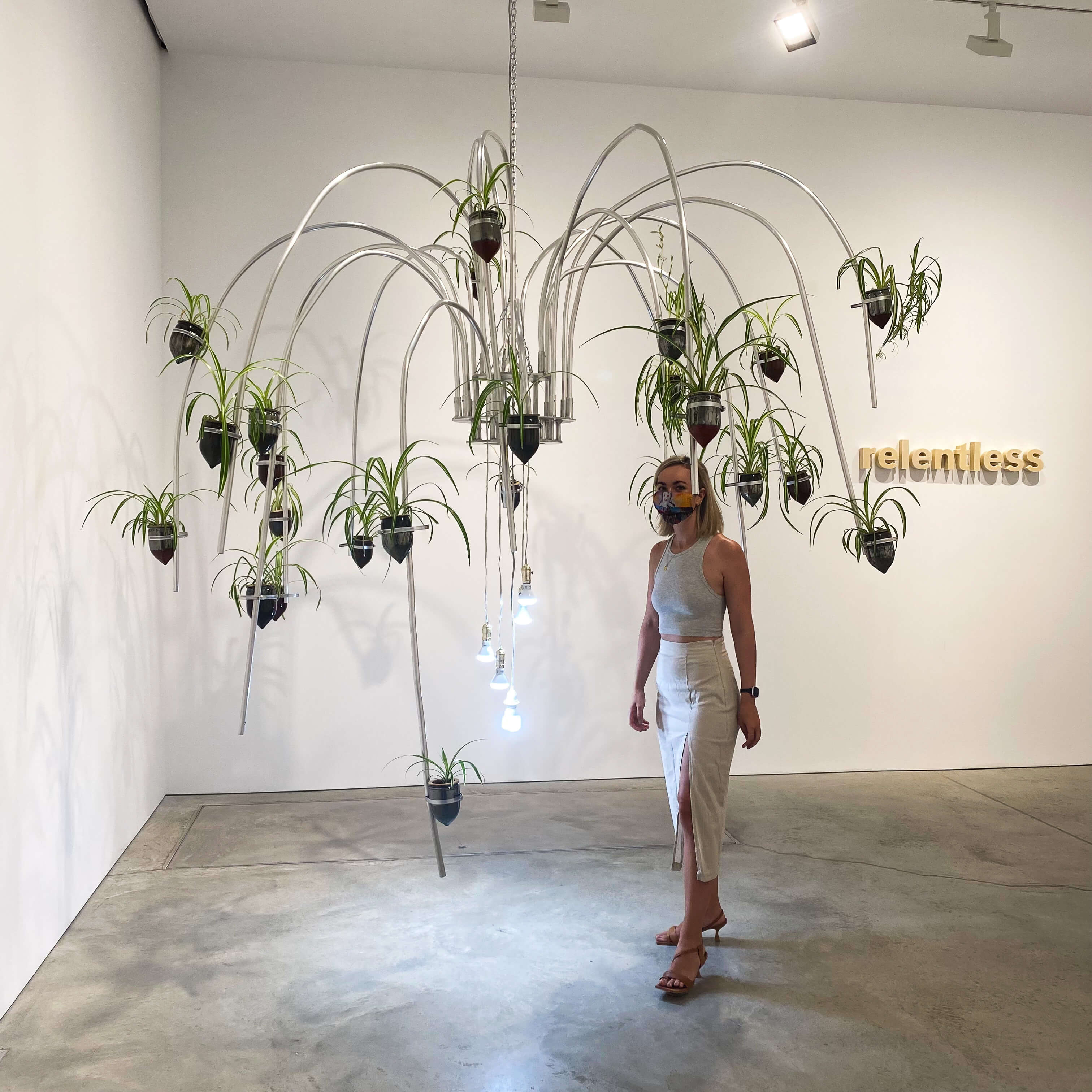