Felix (a privately own fair) decided they’d had enough of white tent art fairs and would rather throw a huge house party...or in this case hotel party at the Hollywood Roosevelt Hotel.
Published in
Art Fairs 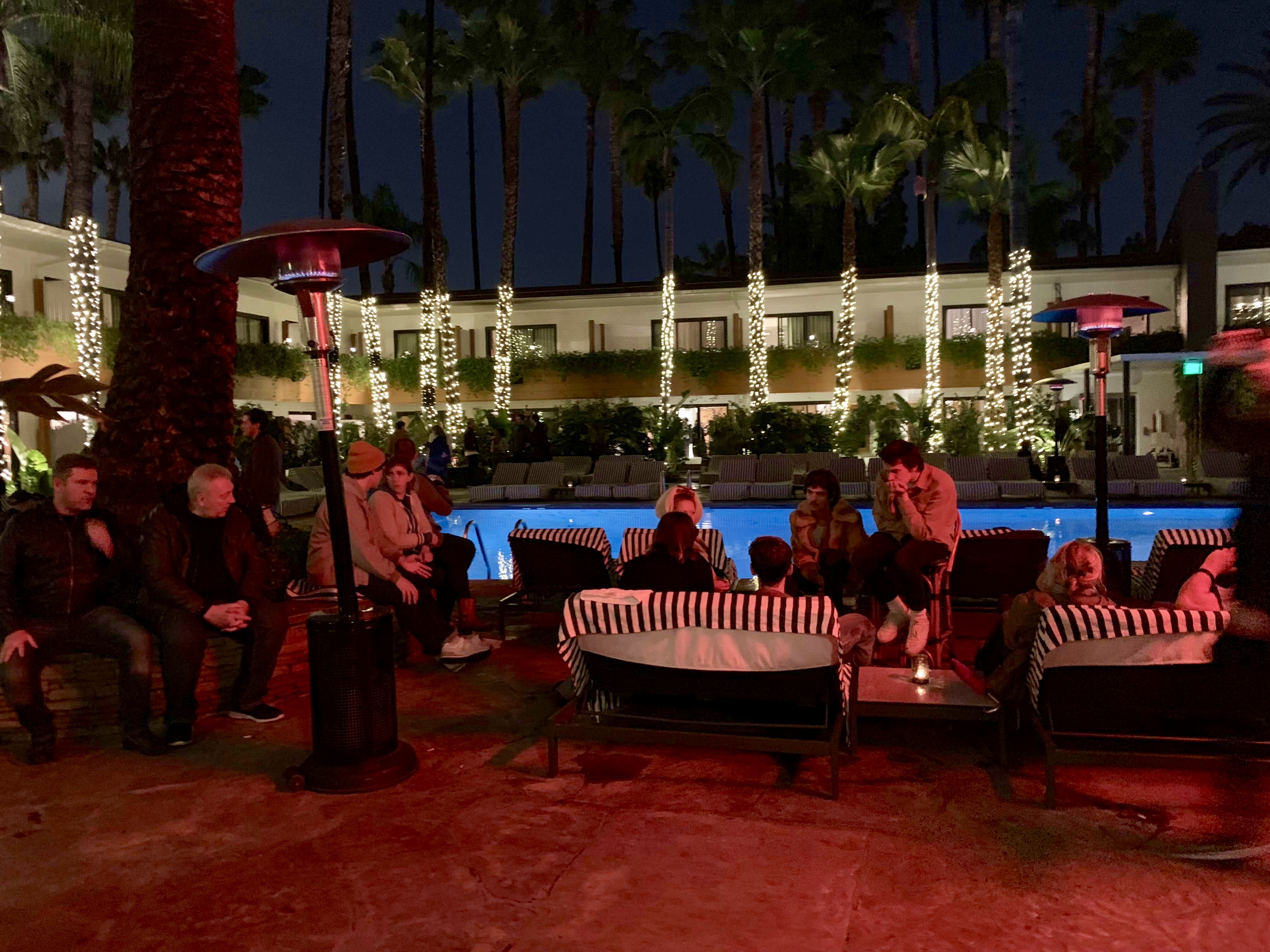 The Art Fair that came to party

Everybody loves something new and different, so I’m not sure what the art world did to deserve not one, but TWO brand new art fairs in Los Angeles this year, but I’m happy about it.

Frieze expanded their portfolio of Art Fairs to include an LA edition, while Felix (a privately own fair) decided they’d had enough of white tent fairs all together and would rather throw a huge house party...or in this case hotel party.

Felix was founded by collector Dean Valentine along and brothers Al Morán and Mills Morán, and was inspired by the 1990s when fairs weren’t hundreds of galleries but more intimate gatherings in hotels (like the Chateau Marmont).

Their first edition included an A-list of the coolest-of-cool galleries. But don’t expect to see huge Blue Chip galleries on this list.

The overall vibe was very different for exhibitors and visitors compared to most fairs, starting with the admission price: FREE. With Frieze selling tickets at $1500 down to the cheapest at $50, this was quite the juxtaposition.

As you can imagine there was quite the turn out (despite not a lot of press or advertising). Guests waited in line for around 30-60 minutes waiting to explore the 11th, 13th and cabana area of The Hollywood Roosevelt hotel. However, the hotel cocktails made wait time fly by...

The fair started in the penthouse - ironically located on the 13th floor. It was "a proposition curated by Andrew Berardini, Presented by the Comité Professionnel des Galeries d’Art" - so a lot of French artists. The views were amazing.

The 11th floor and the cabana area was where the majority of the galleries were located in various hotel rooms.

A work by Greg Bogan spotted in the closet, among other things and a very entertaining 'blow-up' artwork by Antoine Catala.

Jessica Silverman completely stripped their room (which was rare) to show off paintings by Julian Hoeber and sculptures by Woody De Othello.

Anton Kern used their dramatic lighting to highlight a number of works by Alessandro Pessoli and one large sculpture by Matthew Monahan.

Clearing had one of the best booth's (IMO) with works by Aaron Garber Maikovska and Calvin Marcus.

I absolutely love these works by Eve Fowler and sculpture by Nick van Woert. That's the best part of art fairs - getting to discover galleries in other locations with such strong programs.

And most visually stimulating special project goes to Kim Macconnel. I especially loved the prayer hands on the carpet. #blessed.

I've been a fan of Smart Objects ever since I saw their booth at NADA Miami in December 2018. For Felix, they brought works by Justin John Greene and Derek Paul Jack Boyle.

The remaining part of the fair took place down next to the pool, in the rooms with cabanas.

Brought the party. Literally. With this funhouse created by Esther Pearl Watson.

This Brooklyn gallery brought quite the assortment of works including standout pieces by Guy Goodwin and CATBOX contemporary.

The gallery that helped me discover Felix fair even existed, found the PERFECT place to exhibit their work by Rachel Granofsky. It was also exciting to see a Shara Hughes up close and personal.

I love Chicago galleries, and Corbett vs. Dempsey is no exception. They brought these gorgeous works by Gabrielle Garland. I even took a bathroom selfie with one #noshame.

This is when you start to see my fatigue set in...but it's not because of the fair or quality of artworks..it's just my jet lag.

Soft Opening brought a unique set of works, including a washing machine filled with what sounded like tennis shoes bouncing around. This work was done by @alixalwaysmoves (I couldn't actually find her name just her Instagram handle). The other is by Arielle Chiara.

This Australian gallery brought work by Simon Denny that spoke to my very core. Life was my favorite childhood game and I work in technology... so computer servers printed on the Life games basically represent me in a piece of art.

This gallery (which I was also new to) exhibited a nice assortment of paintings and sculptures by Simphiwe Ndzube, Cristian Raduta, Aaron Gilbert.

One of my favorite works was by Math Bass in Tanya Leighton's room.

Best bathroom exhibit definitely went to Stevenson. They had a pretty great room as well.

Having just seen Jack Hanley at Material Art Fair in Mexico City, I was interested to see what they'd bring to Felix and was not disappointed by the pottery by Roger Herman and paintings by Danielle Orchard.

The night ended with lounging by the pool, marinating on all the amazing art I had seen. I'm sure I can speak for everyone when I say I hope Felix continues year after year.