Daniel Arsham’s exhibit, Time Dilation, at Galerie Perrotin, references the passage of time at high speeds by featuring classical sculpture and painting mixed with pop culture references of the now
Published in
Galleries 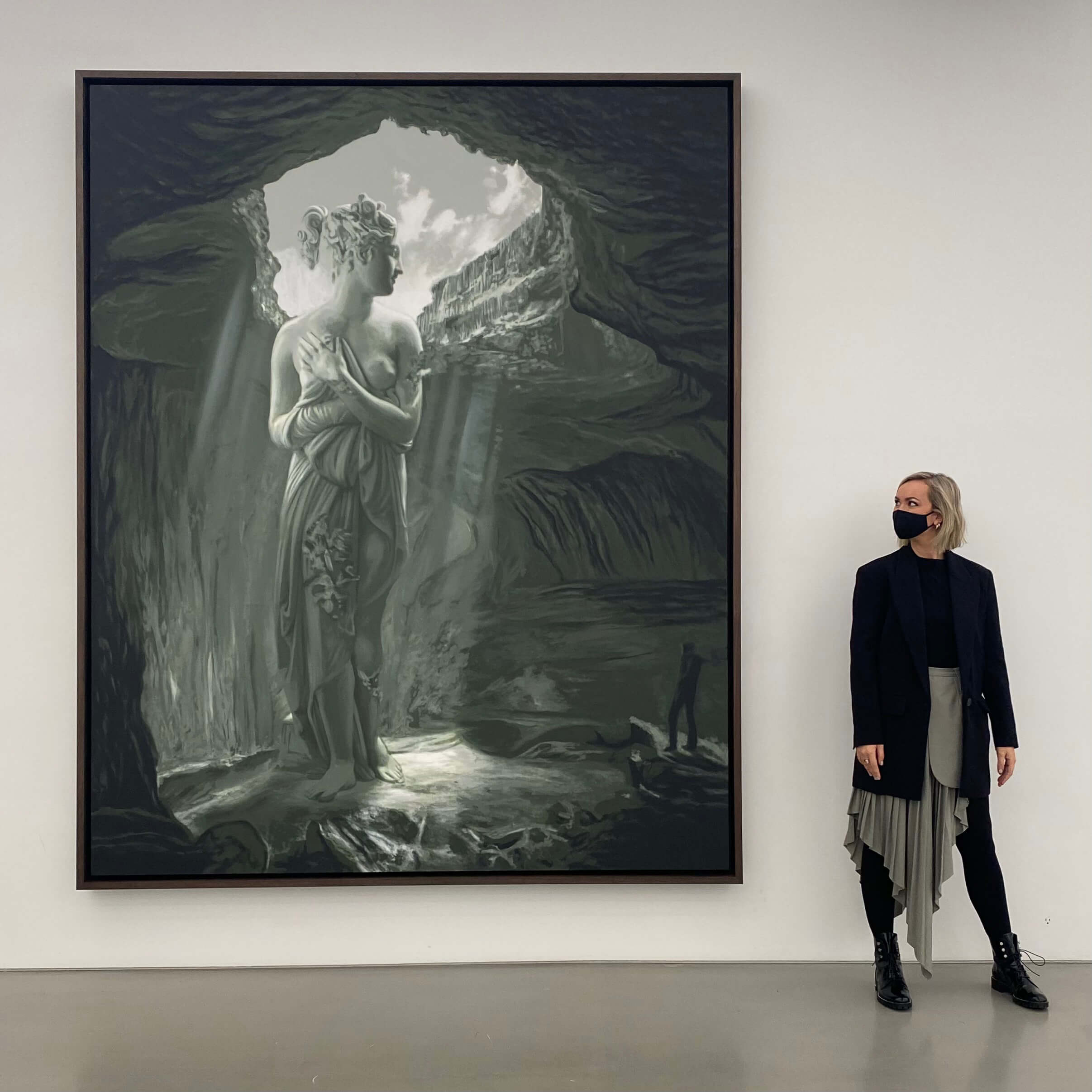 About the Exhibit - Time Dilation

Daniel Arsham’s exhibit, Time Dilation, is on view at Galerie Perrotin’s New York location from January 16th - February 20th. The exhibit spans all three floors of the gallery. The title is a reference to the passage of time at high speeds.

The concept of time, future, culture are all themes that are present in Arsham’s practice. This is evident in his signature use of crystals to depict decay or the ‘half-life’ of an object. He’s known for taking modern items within our culture of today like basketballs and cars and making them appear to be thousands of years old, newly discovered in a cave.

“In his art, which shifted from painting to sculpture not long after he graduated from Cooper Union in 2003, Arsham has often worked with a mind to futurity, considering how modern objects—cars, pay phones, boom boxes, basketballs—might look if archaeologists discovered them after hundreds of years.” - Vogue (source)

This exhibit pushes this play on ‘old’ and ‘new’ even further by introducing classical sculptures, that are a continuation of his exhibit at Perrotin in Paris, that utilized molds from “some of the most iconic works from the collections of the Musée du Louvre, the Acropolis Museum, and more.

The third floor is the most spacious gallery space, which is a perfect setting for Arsham's largest paintings of the exhibit. The painting at the center of the room (pictured later below) consists of four panels of canvases and took multiple people to install.

It's such a special feature of this exhibit, that Arsham has incorporated paintings to complement his signature sculptures. This is really a full-circle moment for Arsham’s career as an artist because he studied painting in art school at Cooper Union, but his entire career has been mostly built around sculpture.

This is symbolic, and cohesive with the entire exhibit on so many levels. Paintings and classical sculptures are by far the most traditional subject matter found throughout art history. Daniel Arsham plays with this by using these traditional mediums and incorporating modern symbols and themes such as Pokemon characters.

“Ancient sculpture is so venerated that it has become cliché, the stuff of museum gift shops, while the creatures of Pokémon, which seem to be influenced by Japanese mythology, have morphed into their own 21st century version of the sacred.” - Glenn Adamson (source)

Arsham invites the viewer to raise the question of what’s new, what’s relevant, what’s good in terms of how it’s received by society. While creating sculptures of classical figures and paintings of landscapes which were some of the earliest forms of art, Arsham cheekily inserts his cultural references in a manner that makes the statement (IMO) that just because something is skillfully created or fits the description of traditional art doesn’t make it art. It’s about the ideas, the context, and especially for a pop artist (which I believe Arsham is) how it relates to the culture of today or the ‘popular’ culture.

On the second floor, we see Arsham playing with more contrasts. At first, it almost looks like a sci-fi lab, where these items are being organically grown. There’s a contrast in this considering these are items that are characteristically manufactured like magazines and cameras.

Another interesting contrast is the concept of physicalness. These are analog objects, present in real life, but they almost look virtual. Like something that’s been scanned into a computer.

“The use of transparency and gradient color gives the works a distinctly digital tang. While entirely analogue (in fact, they were inspired by resin casting molds in Arsham’s studio), they commune with the virtual; they seem to have absorbed the evanescent qualities of the 21st-century commodity form. They are physical manifestations of hyper-reality” - Glenn Adamson (source)

About the Artist - Daniel Arsham

Daniel Arsham is an American artist that lives and works in New York. He attended Cooper Union where he studied Painting. Galerie Perrotin has represented Arsham since 2005. Arsham is not only an incredible artist but a very savvy businessman. In 2007 he started,  Snarkitecture - an architecture firm.

“The architecture collaboration has included work with fashion brands, interior and architectural design, and a complete line of functional design objects.” (source)

Arsham has had success in not only the art world but in the world of fashion and design as well. He’s had collaborations with Dior, Adidas, A Cold Wall, and more.

One of my favorite podcasts, The Business of Hype, featured him and the episode is such a great insight into his practice and how he runs his studio. I highly recommend it!