Christina Forrer makes the subject of everyday conflict approachable by representing it in colorful, naive characters, woven into tapestries
Published in
Galleries 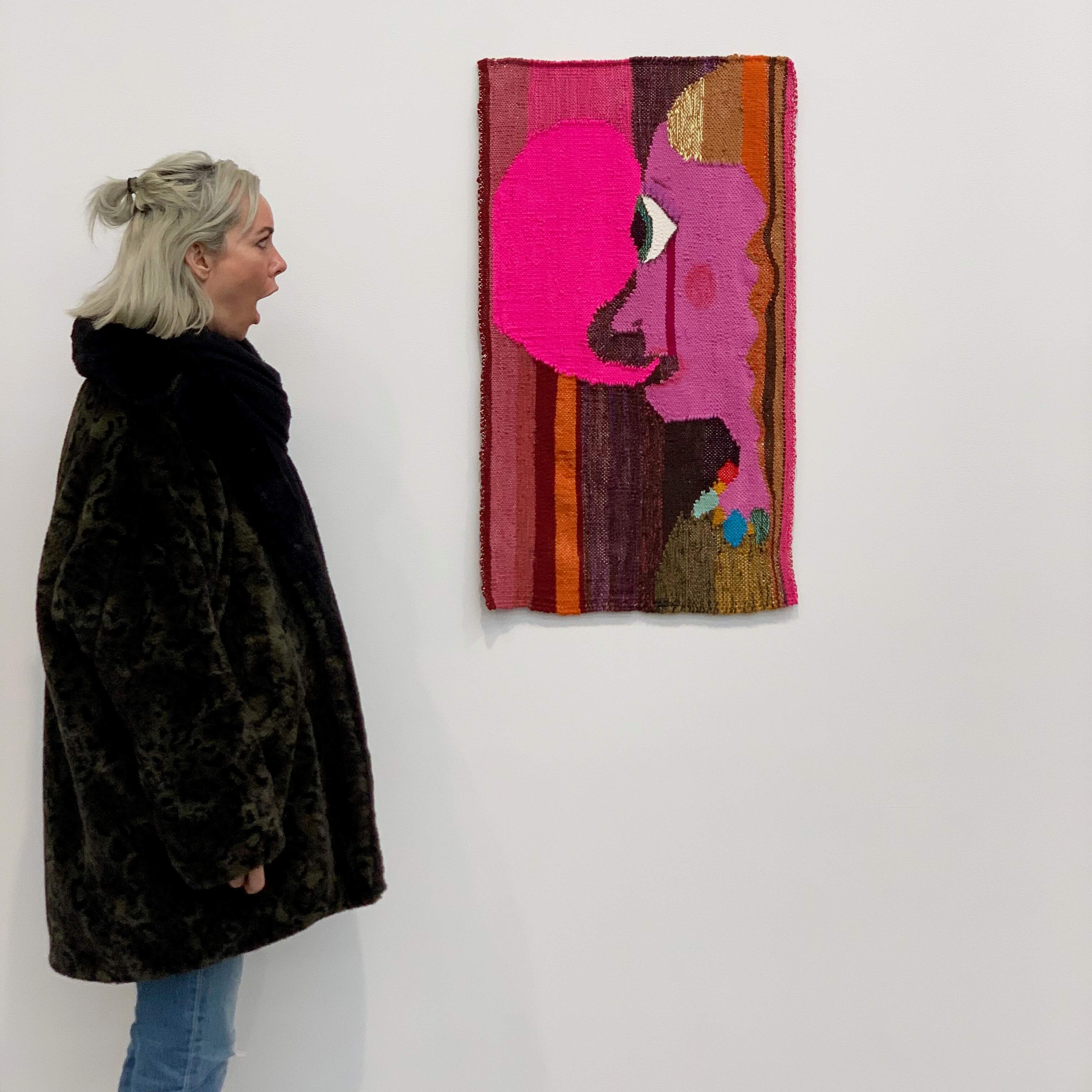 Christina Forrer’s first solo show with Luhring Augustine was in the Spring of 2019. Forrer’s medium of choice is a tapestry, which is growing in popularity among artists from Erin M. Riley, to Lisa Anne Auerbach.

There’s something so modern and fresh about taking something like textile art and using it to illustrate current day ideologies.

“Forrer believes that art is overcomplicated and strives to make her work straightforward and easily digestible.” - Art of Choice (source)

“Not much has been written about the artist, though her art is revered in the contemporary market. What we do know about Forrer is that her work explores conflict and its many forms, from the conflict that is experienced through personal interactions on a daily basis to large-scale, worldwide conflict.” - Art of Choice (source)

“A sense of folklore complements the works. They feel at once a part of the age-old tradition from which they arrive while also fitting and better understood in the present day. Much like Forrer’s wish to simplify art and its meaning, the works feel timelier than ever in our over-complicated world”  Art of Choice (source)

About the Artist - Christina Forrer

“Forrer’s textiles pay homage to the work of German painter Ernst Ludwig Kirchner (1880-1938) and in particular, the luminously hued tapestries he made in collaboration with the Swiss artist Lise Gujer (1893-1967” (source)