Chloe Wise’s exhibit, Thank You For The Nice Fire, sums up everything that was the chaos of 2020 by featuring works that can only come from the imagination of one who's maybe been alone for too long
Published in
Galleries 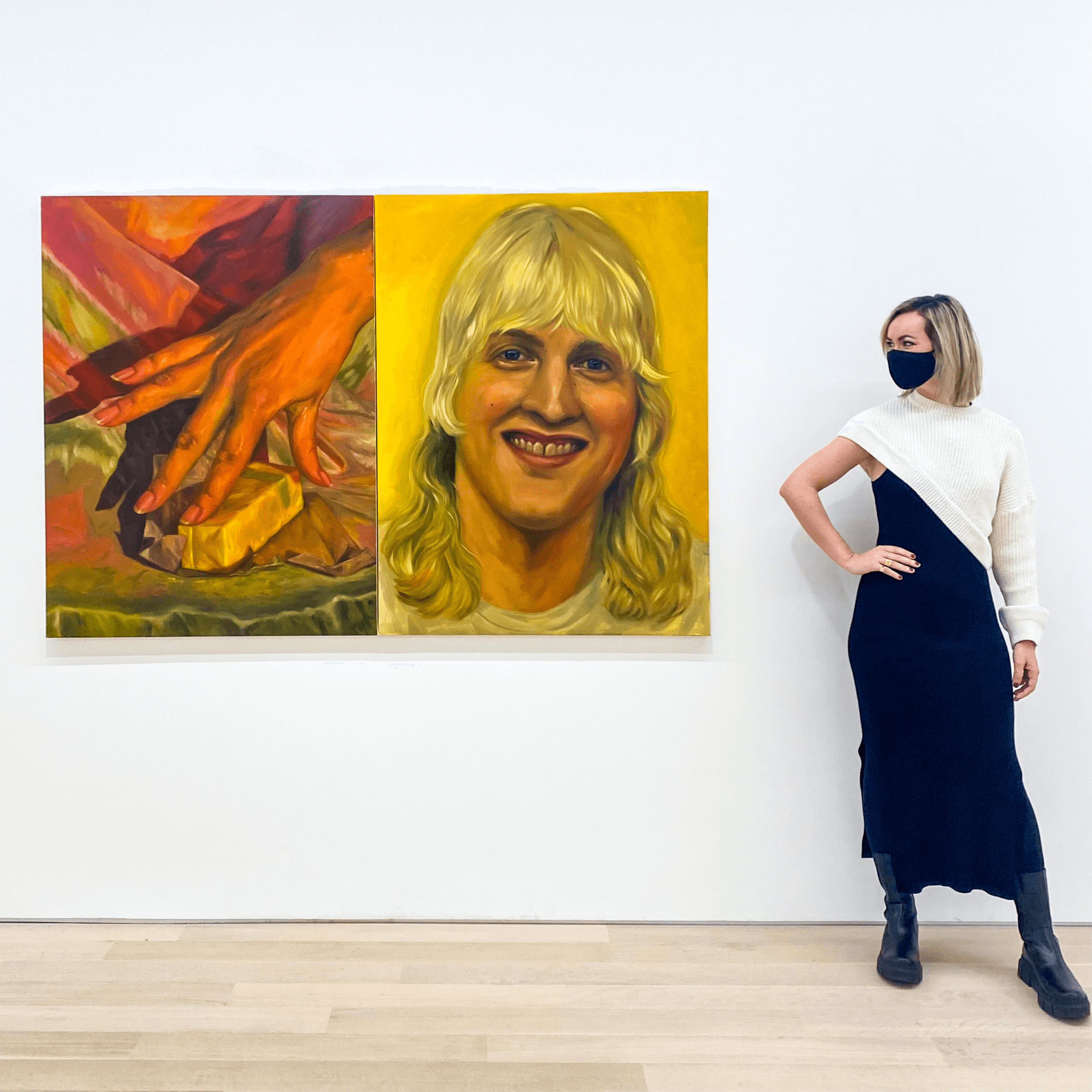 About the Exhibit - Thank You For The Nice Fire

Chloe Wise’s exhibit, Thank You For The Nice Fire, is on view at Almine Rech’s New York Upper East Side location from March 4th through April 17th, 2021.

The show is everything I love about Chloe Wise - her humor, an incredible use of color as well as her ability to capture individuals in such intimate, powerful moments in time.

The title - Thank You For The Nice Fire, seems to be in reference to the dumpster fire that was 2020. In fact, when you’re walking through the exhibit you do get the sense that these artworks are the product of someone that is getting stir crazy, stuck in their homes with nothing but their thoughts.

“Chloe Wise is preoccupied by the political chaos in the United States, amidst a global pandemic, wherein shared concerns surrounding health and hygiene are in conflict with the individualistic desire for liberty and comfort.” (source)

“The further you are away from it, the more aware you become of what a circus the political situation is. Seeing what goes on with the Trump administration — the systemic injustices there — and the sensational way in which the media covers it, it’s leading to a culture of normalisation and is [perpetuating a] "not my problem" attitude.” - Chloe Wise for Vogue (source)

“This is the only country which gives you the opportunity to be so brutally naive: things, faces, skies, and deserts are expected to be simply what they are. This is the land of the ‘just as it is’.” -Jean Baudrillard, America (source)

Chloe Wise’s process explains how she’s able to capture the light so beautifully on her subjects.

“I begin by taking a photo of somebody. I don’t work from life because I feel like the light is constantly changing. I typically cover the model in coconut oil, or some sort of reflective albeit organic material that would invite the light to bounce around in a painterly way.” - Chloe Wise (source)

It’s incredible how she’s able to capture an individuals personality through just their body language and gaze.

“As humans, it’s the first thing that we decode. We have to be able to understand such a vast array of facial nuances and expressions in order to decode everyday life without getting preyed on or getting left behind by our group. Body language comes into play, but there’s a little more in the face. It carries so much information, and it’s vital.” - Chloe Wise (source)

“Recently, my paintings have been about groups of people cropped in such a way that you focus on individuals. As a viewer there are so many eyes on you, like a stare down, as if to say, ‘What are you looking at?’ — whereas in the past, they have perhaps captured a more voyeuristic moment where the subject seems unaware they are being painted.” - Chloe Wise for Vogue (source)

“I wanted to create that feeling of isolation, but also togetherness that can be found in community — we all know how it feels to be in a room full of people and feel alone — and play on the idea of selfhood.” - Chloe Wise for Vogue (source)

To see a walkthrough of the exhibit, skip ahead to 3:51 in the video below.

About the Artist - Chloe Wise

Chloe Wise is a Canadian artist based in New York City. She has a Bachelor of Fine Arts from Concordia University in Canada. Wise works across many different forms of media including sculpture, drawing, and video art but she specializes in oil painting, in fact, she’s best known for her oil portraits.

“Food and humor have pervaded the Canadian artist’s work and life — and together, those elements comprise a sort of ethos.” - GrubStreet (source)

“For me, it was never really a question: What should I paint? Should it be people? It was just, like, I paint people … I’m a lover of humans. We have sex, and food and shelter and sleep — but sleep is boring.” - Chloe Wise (source)

Wise has had a meteoric rise over the past few years and is certainly one to watch, you can follow her on her Instagram here.