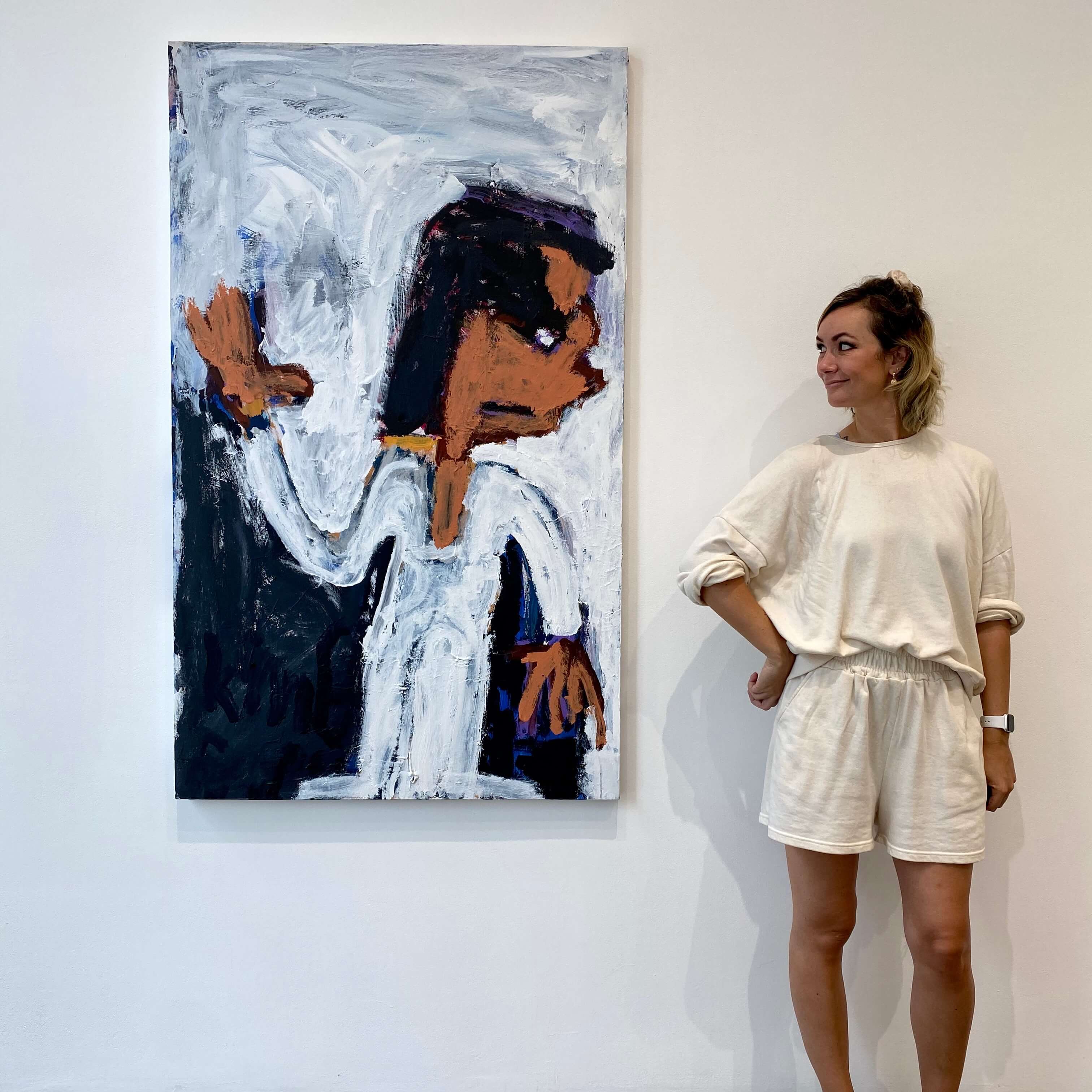 About the Exhibit - This is a Show by Billy

Billy White’s exhibit at Shrine Gallery, on view June 10 - August 2, 2020, titled ‘This is a Show by Billy’ is his second with the gallery.

“When I recently asked Billy White, who is an African American self-taught artist, what he would like to title his exhibition, he quickly beamed back, “Tell them this is a show by Billy, and I’m alive!” In White’s mind, art shows are for artists who are no longer living, like Vincent Van Gogh, who White has identified with deeply ever since suffering traumatic brain injuries following a childhood accident. He feels they both have endured and conquered adversity during their lives.” - Shrine (source)

“White’s subjects are his heroes: musicians, artists and actors who have inspired him since he was young such as Elvis, Joe DiMaggio, Mr. T, and Eddie Murphy, all of whom he renders in highly expressive paintings, drawings and ceramic sculptures. Though his images may appear as abstracted cartoons to us, to Billy these are realistic representations of the pop-culture icons who helped shape his personal identity.” - Shrine (source)

“There is something sweet, direct, humorous, and poignant about these works, as well as a touching sense of vulnerability.” - Hyperallergic (source)

“Billy White is a natural storyteller. He weaves tales throughout his figurative drawings and paintings, explaining that the narrative forms in his head while he is drawing. Often dredging up long forgotten gems of African American popular culture, White’s subjects range from film, television and artworld celebrities and characters to hip hop artists and comedians; as well as imagined characters.” (source)

Billy is a working artist at the NIAD Art Center, “an art studio and program for individuals with developmental disabilities.”

The NIAD Art Center makes it possible for those with disabilities to be working artists, some, like Billy White and Marllon Mullen, appearing at the best galleries in the world and art fairs. The center runs entirely on the support of the community so please consider donating.

He is represented exclusively by SHRINE in New York.