Art Basel, Miami Beach is the number one art fair in the world...so I already knew one post about it wasn't going to even begin to do it justice..so this is part one.
Published in
Art Fairs 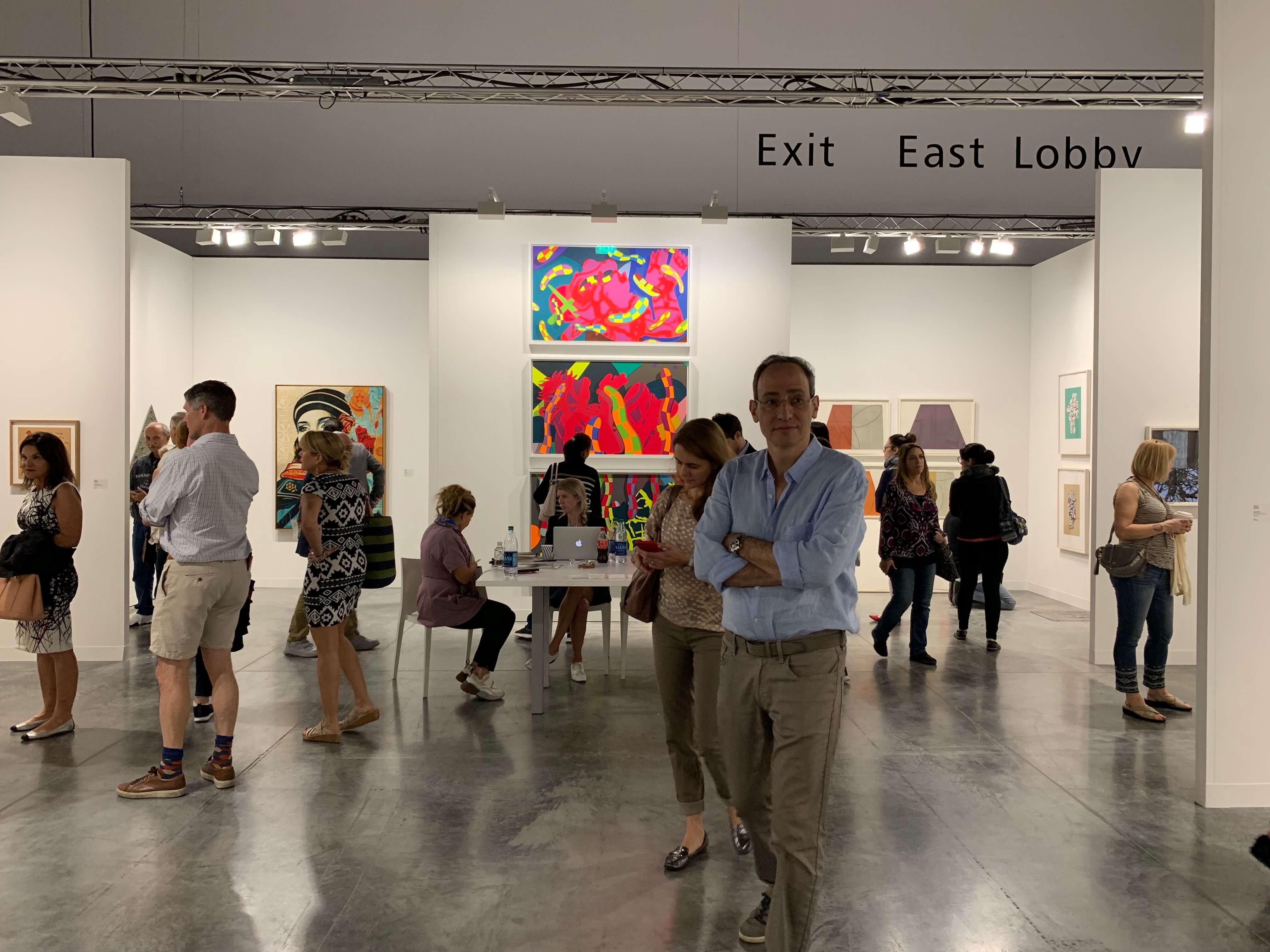 Art Basel, Miami Beach is the number one art fair in the world...so I already knew one post about it wasn't going to even begin to do it justice..so this is part one. In part one I'll do a quick walk through of my experience at the fair and some of the standout booths...in part two I'll cover more specific themes I saw and standout artworks.

Once a year in the Miami Convention Center...the entire art world, celebrities, and all of the industries that intersect (fashion, media, ect.) travel down south to take part in a ritual that's nothing short of madness.

The first thing you have to understand about Miami Basel week is that there is no time to eat. For me this was a huge problem, so by the time I visited Miami Basel, I didn't care how much it cost I headed straight for the buffet before seeing any art.

Thankfully my little detour paid off, because I had lunch next to the one and only Daniel Arsham! So with one artist spotting already taken care of, the fair was off to a great start.

The dining area was right next to Galerie Templon's booth which without fail was FILLED with works by George Segal.

At Art Fair's this large my strategy is to hit every booth on the perimeter first...then venture towards the inside...because once you leave the borders..all is lost...literally, you'll just be lost for hours.

I'm pretty much counting the seconds until this exhibition pops up on their calendar.

Metro Pictures had an incredible booth with works by André Butzer, Judith Hopf, Robert Longo, and Camille Henrot (and some more not photographed).

Brought two of my favorites... works by Jenny Holzer and Alina Szapocznikow

Brought the party with works by Pope.L, Chris Johanson, General Idea, and many more (not photographed).

And last but not least - I'd like to give a special thank you to....

For tickets to Miami Basel and the oportunitiy to see all this amazing art. They had an absolutly mesmerizing booth with works by James Turell.

Check out Part 2 for more details on my favorite artworks and key themes of the fair!