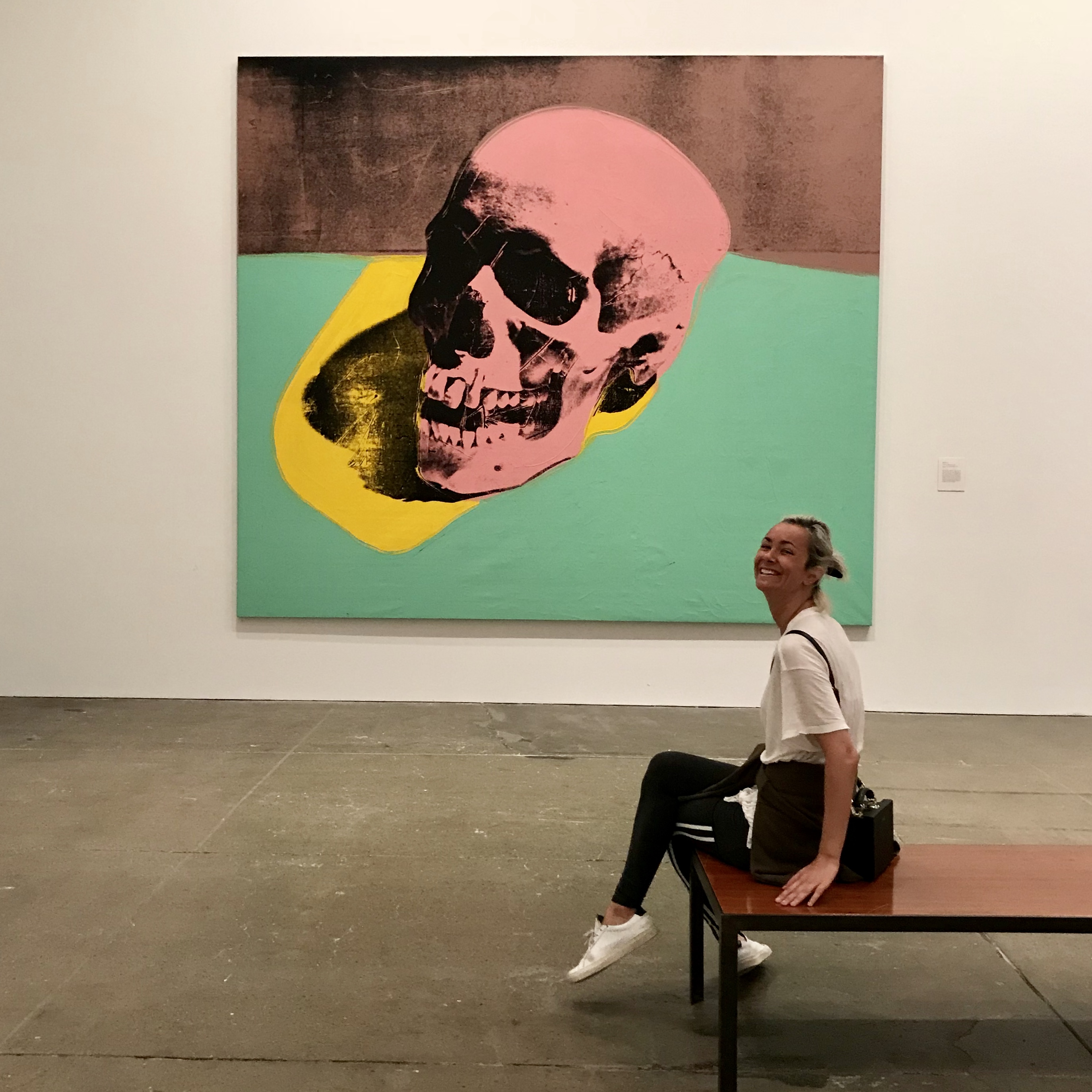 Having a great time at The Andy Warhol Museum in Pittsburg, Pennsylvania

This year I decided to be an A+ friend and help my bestie move from San Francisco to New York City by driving her, her dog, and my dog across the country. I will admit this was a little more intense of an undertaking than I had anticipated, but one of the massive benefits was being able to explore some parts of the United States I’d never been to before.

Pittsburg, Pennsylvania, happened to be one of these places. Andy Warhol...easily the most famous pop artist, if not artist of the last century, just so happens to be from Pittsburg….which is why The Andy Warhol Museum is located there.

I was so, so impressed with this establishment, it has the most comprehensive collection of Andy Warhol artworks in the world. I highly recommend making the trip to visit it if you’re even remotely close to the North East region of the United States. Even the latest Warhol retrospective at The Whitney doesn’t hold a candle to the number of artworks on display in this beautiful building.

Pardon my appearance but I was on a road trip. This was the best Andy Warhol impression I could pull off. I was also informed this is not the actual couch in the photograph but a reproduction. This is probably a hygienic blessing considering what used to go down in The Factory....

The temporary exhibition that was on view when I was visiting was a collection of freelance design work Andy Warhol did when he first moved to New York. It's nice to see that even the most famous artists had to take 'corporate jobs' to pay the bills.

Above is a campaign for Christan Dior.

Unfortunately, I didn't get a photo (or maybe no photos were allowed?) of the archives center, but I remember it being a researchers dream. Imagine file cabinets stretched from floor to ceiling, filled with documentation, provenance, certificate of authentication...basically anything involving the history of the work of Andy Warhol.

The 1980s were an exciting time for Warhol's career, mostly because of his collaboration with our favorite partner-in-crime Jean-Michel Basquiat (between 1983 and 1985) and others like Keith Haring.

What's more 80's than Andy Warhol in a Vidal Sassoon ad (below)?

Warhol was one of the first artist to ever create 'computer art' (see prints below) with this Amiga computer.

The 1970s were a more 'chill' time for Andy's career than the 1960s.. but all the same, we see some of his most iconic works emerge from this time. Think, giant skulls...and if you couldn't tell by the main image of this blog...they are MASSIVE.

The 1970's were also when Andy Warhol began significantly growing his roster of portrait clients.

When the mass production of art was unheard of.....Andy was creating screen prints of the most famous celebrities of that time, including but not limited to Elvis Presley and James Dean.

The Celebration of Commercialization

It's hard not to think about Andy Warhol when you see a can of Campbell's Soup today. But, in the 1960s, making 'art' of something such an integral part of American life was unheard of...and frankly controversial, and Warhol did it over and over again with soup cans, coke bottles, brillo boxes, and many more items.

Andy Warhol was obsessed with celebrity, and even more so, filming celebrities.

Photos of Edie Sedgwick can be found throughout the museum...since she was Warhol's 1960's muse.

There was even a room filled with silver balloons you could interact with....

Anything prior to 1960 is showcased on the 7th floor, including Warhol's (or should I Warhola's (his original name)) early art school drawings, like the self portrait below.