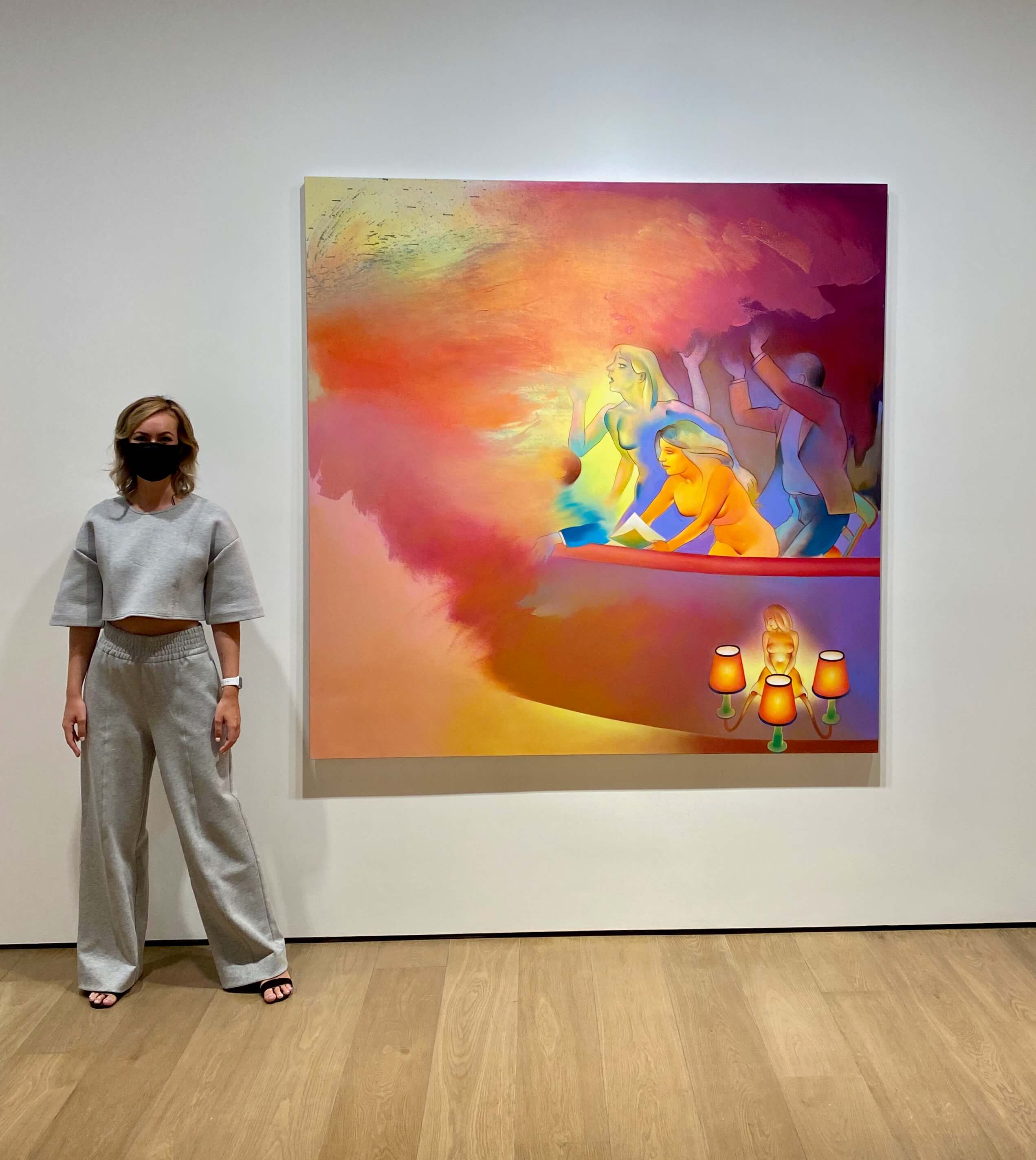 Allen Jones exhibit of new works, including never before seen paintings is on view at Almine Rech Gallery’s London location.

When you learn about Allen Jone’s past and how he was raised during World War II, his larger-than-life pop art style starts to make a lot more sense.

“Allen Jones is part of an extraordinary generation of artists from North America and across Western Europe born in the 1930s who, children during the horrors of World War II, were art students in the shift from the austerity of the recovering fifties into a decade of the prosperous swinging sixties with its celebration of a newfound sense of consumerism and sexual liberation.” (source)

Other artists in this group include Tom Wesselman and James Rosenquist.

“Pop Art, as its name suggests, was fascinated by, and used as material, popular consumerist media culture and all these artists soon made glamorous names for themselves.” (source)

“Jones’s sculptures are carefully constructed parodies of commercial window shopping, which simultaneously remind the viewer of the amazing realism of Degas and his sculpture of female Parisian dancers and bathers.” (source)

The thing I love most about this Allen Jones exhibit is his color palette. Something about his rainbow-Esq color choice makes these works feel fresh and modern.

You can also see in his paintings, Jones is starting to let himself play with abstraction.While he can’t entirely abandon the figure, he’s created a transition from a figure into the abstract.

“Allen Jones draws his huge knowing aesthetic strength from the classical past while engaging in a critical and celebratory exercise of contemporary obsessions with human relations between the sexes. Allen Jones’s art comes together using the extraordinary possibilities of painting and the third dimension within the object figure managing by virtue of colour to masquerade as painting too.” (source)

About the Artist - Allen Jones

Allen Jones is a British Pop Artist and Senior Academician at the Royal Academy of Arts. He studied painting at the Hornsey College of Art in London then left to attend the Royal College of Art.

Jones is best known for his mannequin-esq sculptures. He represented the UK at the Paris Biennale in 1963 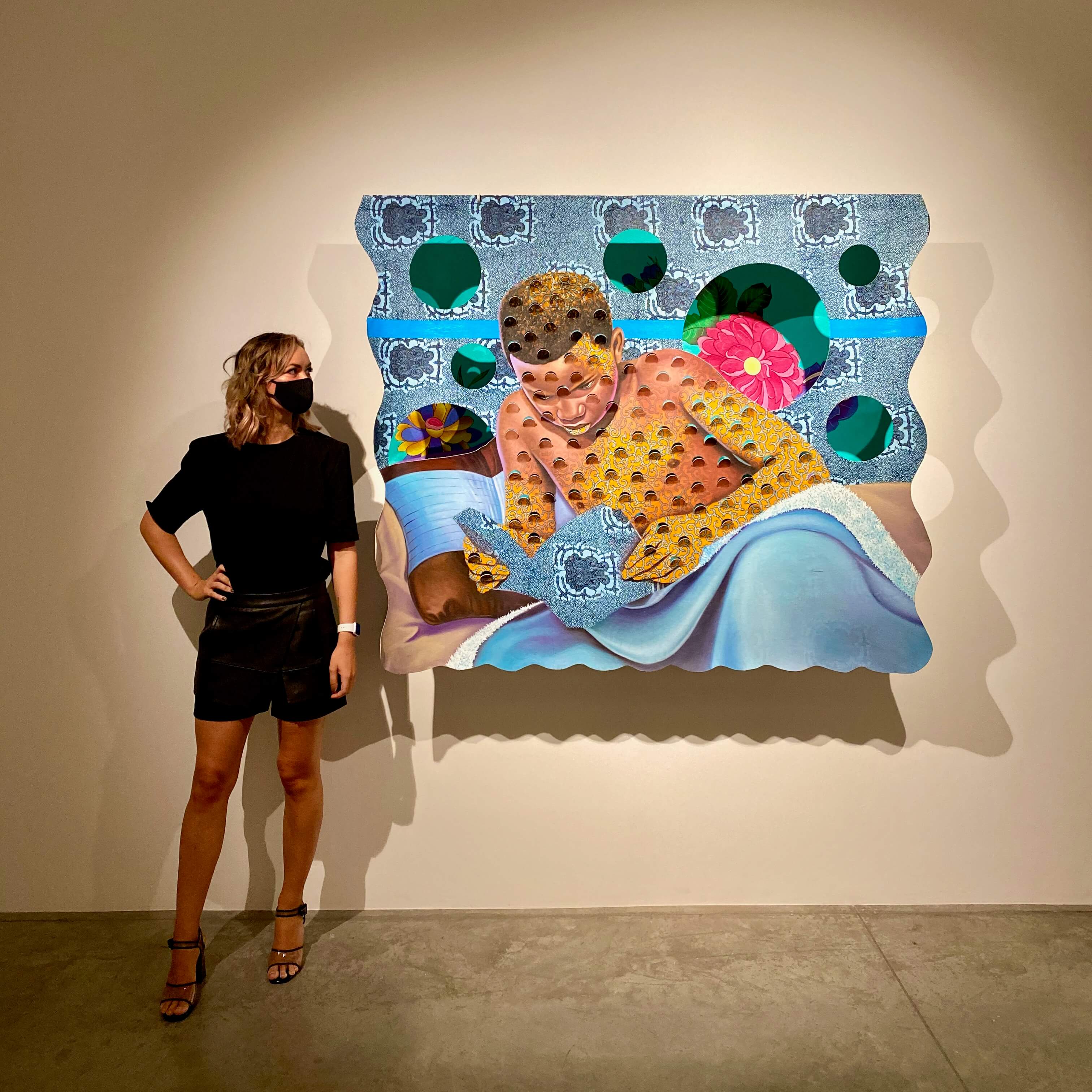