In Alejandro Cardenas' exhibit at Almine Rech Gallery, he creates a future post-human world that represents how we as a society need to evolve and change in order to not meet our immediate doom
Published in
Galleries 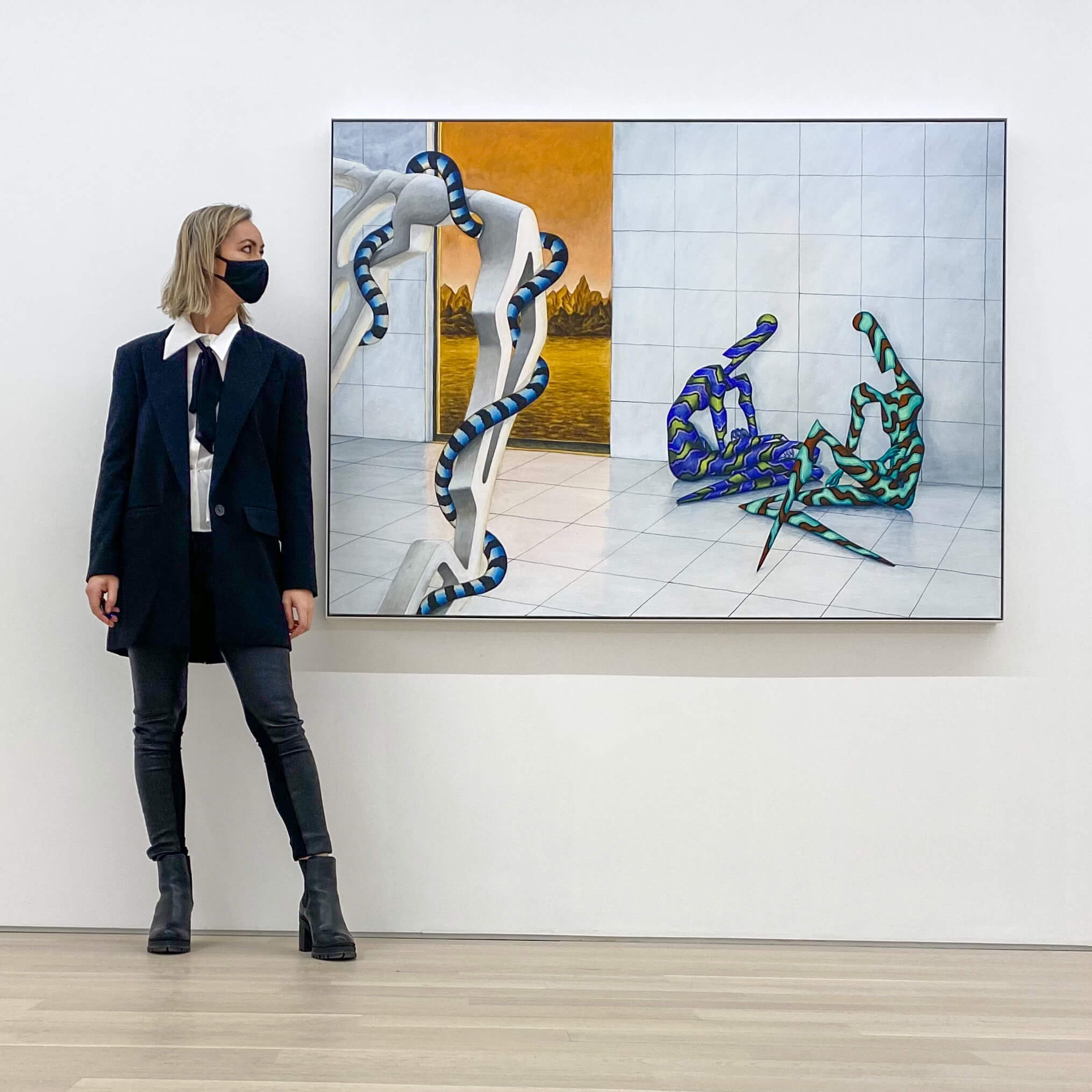 About the Exhibit - ALEXANDRIA

The title of the exhibit is a play on Alejandro’s name as well as a reference to the Egyptian City, which was the central place of the ancient Mediterranean world, or a mecca if you will.

It’s no secret that the world has been in a state of chaos (more than usual) in the past year, and these paintings are a response to that. Based in LA, Cardenas created these paintings during a time when LA was not only in lockdown but experiencing a number of forest fires.

“The new paintings and sculptures produced by Cardenas provide a vision of a post-human world wherein the relationship between human-forms and the environment is one of unity and coexistence.” (source)

“Guided by his own imagination and inspired by a wide variety of influences ranging from surrealism to Sci-Fi, to magical realism, Cardenas immersed himself in the creation of surreal post-human scenes of polished gridded interiors populated by eerie angular figures.” (source)

While Cardenas figures aren’t exactly human, they still reflect human qualities through their body language. I believe it represents the need for humans to evolve, and this whole exhibit is Cardenas’s escapism into a more ideal future.

“I feel that our survival as a species depends on an agreement among all of us, a kind of unification of ideas, a non-space wherein everything that is possible.” - Alejandro Cardenas (source)

To see a video of the exhibit, see the video below.

About the Artist - Alejandro Cardenas

Alejandro Cardenas was born in  Santiago, Chile, and completed his BFA at the Cooper Union School of Art in 2000.

“Cardenas has also served as the lead textile designer and art director for the influential fashion label Proenza Schouler for over a decade. He was also a founding member of Lansing-Dreiden — a New York-based transdisciplinary art collective that created musical albums, a literary journal, and artworks.” - Hypebeast (source)