Adrian Ghenie's exhibit, The Hooligans, at Pace Gallery in New York pays tribute to the rebels of art history that set a precedent that art is meant to grow and evolve just like we do as humans
Published in
Galleries 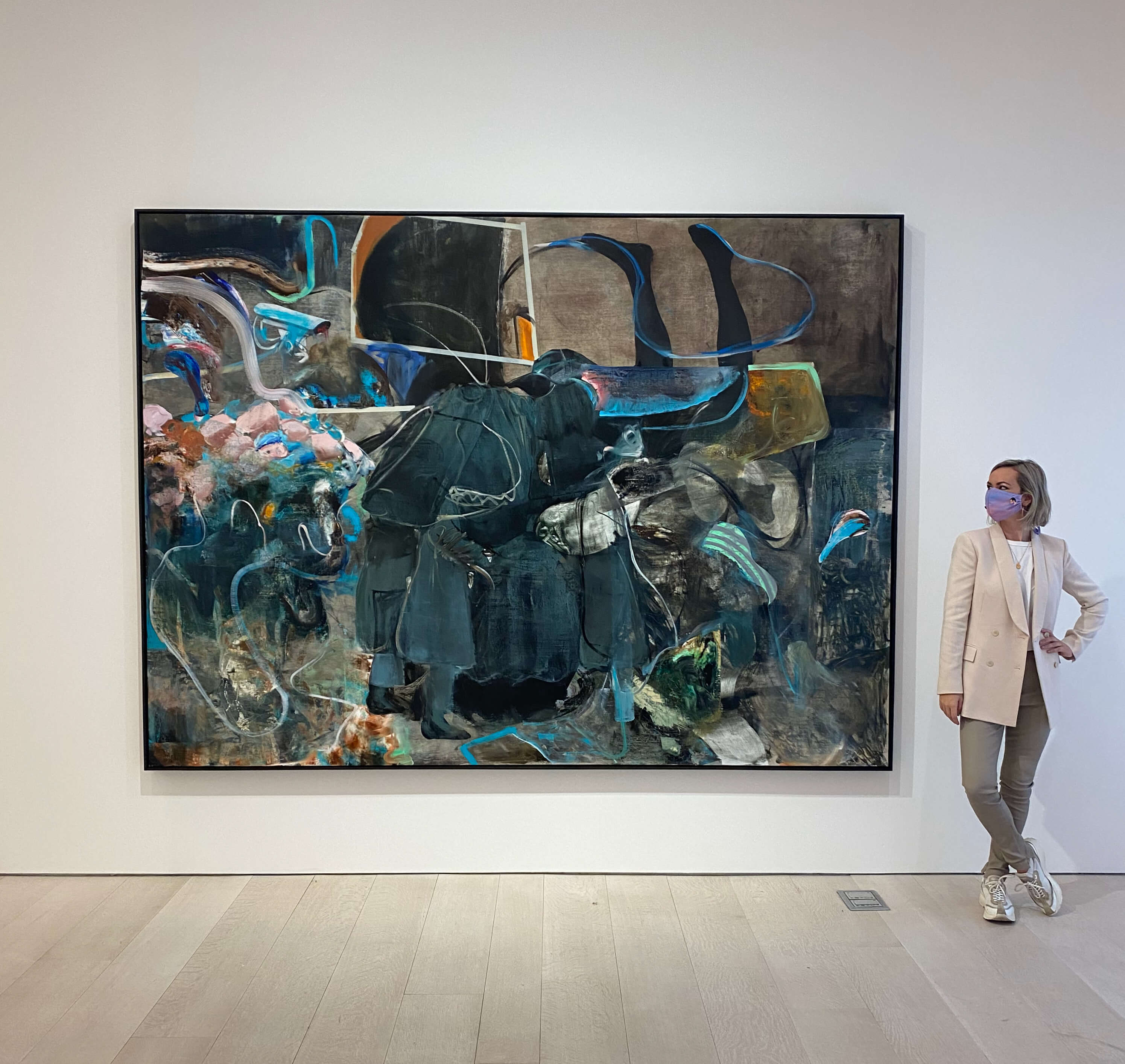 About the Exhibit - The Hooligans

Adrian Ghenie’s fourth exhibit with Pace Gallery titled, The Hooligans, is on view at their Chelsea location from November 20th through April 24th, 2021. The title is referencing the crucial role of Rebellion in the artistic process, and how it’s so important for an artist to reject or ignore tradition to create something new.

There’s a lot of irony in this because Ghenie is creating abstract, figurative versions of famous artists’ work throughout art history such as Turner, Monet, and Van Gogh. However, he’s paying tribute to the fact that these artists were in fact rebels of their time. And he strives to do the same in his work.

“As disruptors of academic painting, these artists affirmed the materiality of oil paints with their loose brushstrokes, while amplifying painting’s optical qualities, namely its immersive luminosity and chromatic richness” (source)

“When I look at the Impressionists, I have the strange feeling that I am looking at something very schizophrenic. Behind those harmless colorful landscapes there is an incredible, destructive force—camouflaged. It is an act of hooliganism.” - Adrian Ghenie (source)

To push the boundaries by inserting small modern details like a baseball hat or sneakers in the same way. Ghenie is trying to convey a feeling rather than tell an obvious story.

“The word hooliganism suggests something loud, exterior, aggressive and in your face. But in art it shows itself in the most discrete ways. Caravaggio’s pilgrims with dirty feet, for example. He was the first to paint the actual dirt on their feet. Such a small detail but it had such power, that it could defy the church. Or when he chose a prostitute drowned in the Tiber as his model for the dead Virgin Mary. Or Cézanne’s bathers, for example—they are a mockery of the Greco-Roman and Prussian canons, but this is a mockery that made Picasso possible. Turner! Oh my God! To paint a train… when everybody was obsessed with the greatness of nature and the heroism of the past” - Adrian Ghenie (source)

I think that’s what I like most about abstract expressionism. It’s not as on-the-nose but still gives the viewer enough to emotionally attach to.

“Adrian is an extremely talented painter and manages to engender the feeling of something rather than explicitly outlining exactly what it is. He’s adept at drawing from the past—be it key figures or events from history—but while doing this he simultaneously catapults his work and his canvases into the future by inventing something entirely new. It is never formulaic and always evolving.” - Curator Jane Neal (source)

Walkthrough of the Exhibit

To see a walkthrough of the exhibit, skip ahead to 3:31 in the video below.

About the Artist - Adrian Ghenie

Adrian Ghenie is a Romanian painter who lives and works in Berlin, Germany. He studied at the Arts and Crafts School in Baia Mare as well as the Art and Design University of Cluj-Napoca.

He’s co-founder of the Galeria Plan B in Berlin. He’s represented by Galerie Thaddaeus Ropac and Pace Gallery.

You can read more about the last Adrian Ghenie show I attended at the Palazzo Cini in Italy during the 2019 Venice Biennale here.